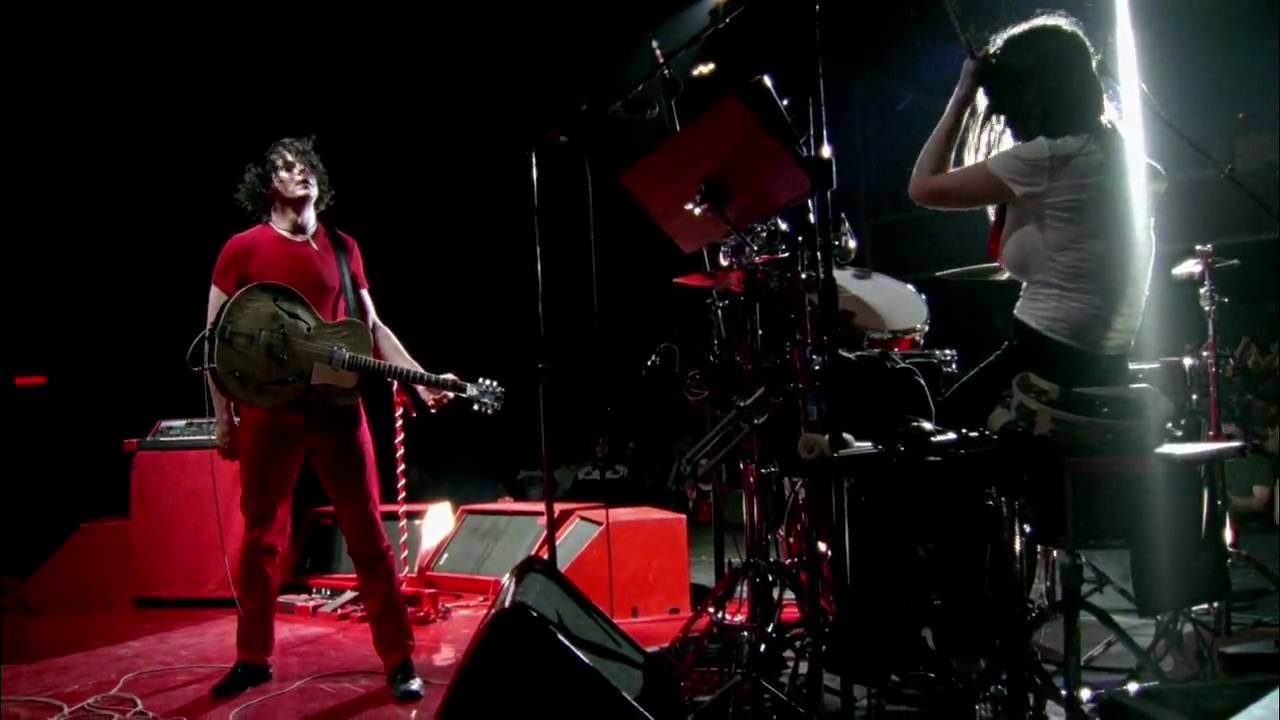 Last year’s It Might Get Loud portrayed White Stripes frontman Jack White as a man (touchingly) concerned with stripping his music of artifice, with avoiding the privileges that success affords in the pursuit of music that’s primal, pure, and unfettered by self-consciousness. The irony, of course, is that few musicians seem to be more self-conscious than Jack White; he’s self-conscious of his self-consciousness. Trying to let go, to will spontaneity through unspontaneously manufactured obstacles (such as deliberately inconvenient instrument positioning on stage), White probably boxes himself in about as much as if he were comfortably produced, but that yearning for truth, which strikes one as legit, can be felt in his music, which, at its best, is vital, intense, personal. White, like many artists of all stripes of his thirtysomething generation suspects that he’s lacked the hardship to produce the kind of art that’s inspired him (particularly blues), and it’s that doubt that gives White the spiritual friction he seeks.

The White Stripes concert movie Under Great White Northern Lights is almost entirely conceived around White’s insecurities: The picture follows the band as they tour every province and territory of Canada as part of a larger tour a few years ago. White seems to see Canada—“a neighbor”—as one of those great natural lands of little towns overlooked by big corporate logo-sporting franchise concerts, and he revels in the intimate shows, as well as in the considerably even more intimate “side-shows,” which are usually put together an hour or so beforehand and are attended by whoever happens to have their ear to the grapevine. White, though he never explicitly voices it, is clearly concerned with the effect of the web on rock n’ roll—with the effects that iTunes, IM, email, and blogs have wrought on the communal nature of browsing through record stores and listening to local bands at coffeehouses and bars.

It’s easy to lose patience with an artist who mourns the sale of his soul on his way to the bank, but White’s urgency is more convincing than usual, perhaps because he allows the director, Emmett Malloy, to show him as an occasionally edgy, sarcastic space case with the entitlement of, yes, a rock star. You can never tell the sincere from the guarded with White, which is probably what led to Spin’s proclamation, which White quotes, “that nothing about the White Stripes is real.” One can tell, given White’s preoccupations, that that quote is more damning to him than a direct attack on the music. White waxes sentimentally about small venues (typical distanced rich-person fantasy talk) but then engages in bits like a conversation with a cab driver that seems to be partially up-front, and partially David Lynch local-people-are-creepy tongue-in-cheek.

The music? There isn’t that much of it. We hear bits and pieces of mostly songs we’ve heard before, such as “Seven Nation Army,” but Under Great White Northern Lights is primarily concerned with the trek from place to place, with grainy black-and-white cinematography, with super-contrasting bright red flashes, with purposefully ugly framing that cuts subjects off at amateurish places, with, in short, being a glamorously unglamorous rock movie. Some moments look staged (Meg White smoking a cigarette, her positioning in too-striking contrast with Jack on the other side of the room), but others are weird and uncomfortable in a fashion that rings true.

Jack and Meg have an intimate comfort with one another, and they argue and gently console each other as family does, and they allow the picture to capture it. Jack’s request that Meg speak, as proof that he isn’t some sort of egomaniac suppressing her in interviews, is a tender, uncertain goad, and Meg’s continued withdrawal isn’t chic; she acts like a little girl divorced from her own band.

The pull of Under Great White Northern Lights is that it shows the White Stripes as a successful rock band still feeling the need to play the part of the rock band. That has been written of other rock films, probably most famously of Don’t Look Back, but few are this free of deep-down self-worship. Jack and Meg allow themselves, in little moments off and on, to be human while still indulging the usual rock-star posturing. The picture admits that the White Stripes are terrified of becoming everything everyone always grows to resent, and that might be as close as a movie like this comes to “truth.”

Under Great Northern Lights is now available from Warner Bros.