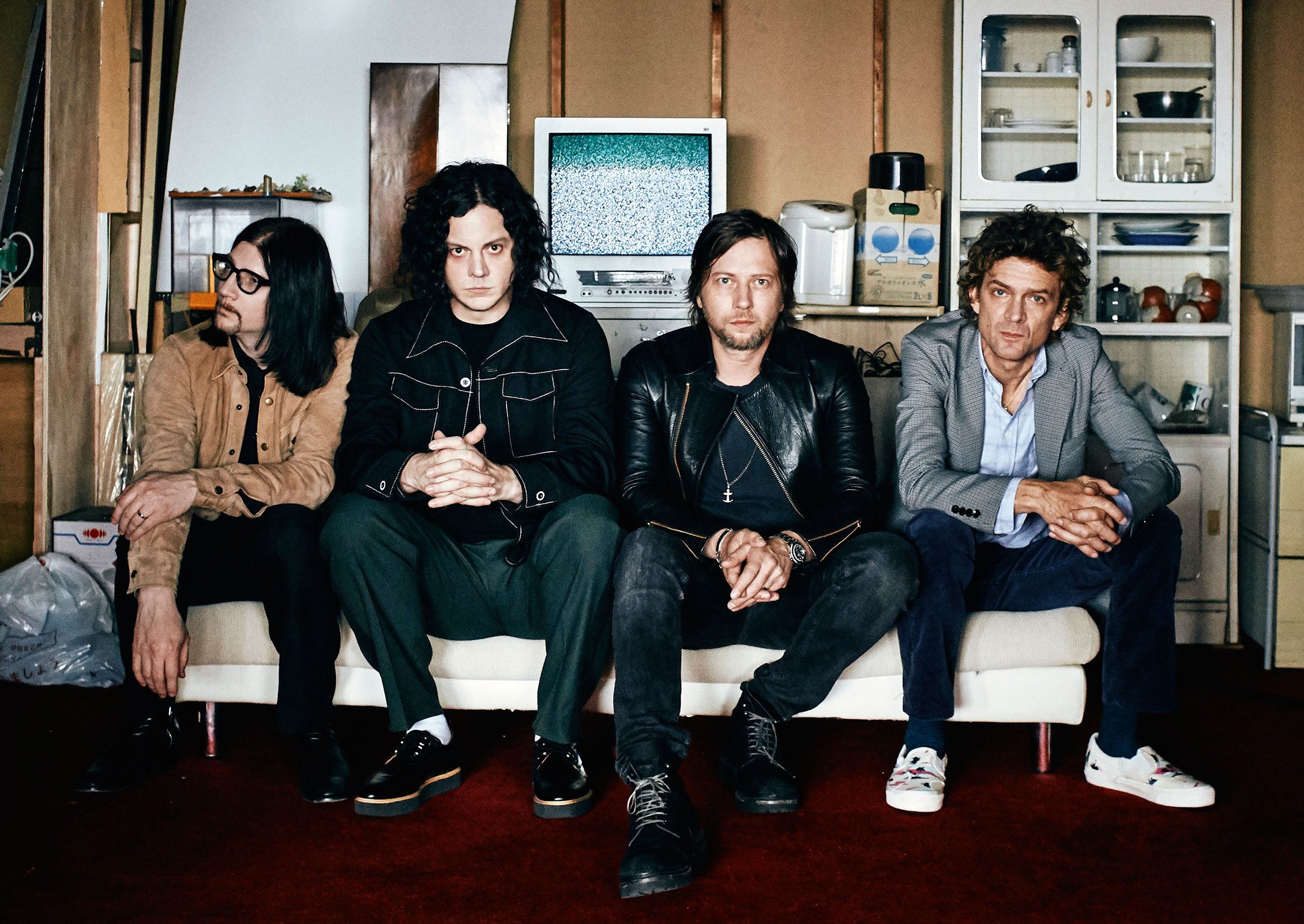 The Raconteurs were initially billed as an outlet for Jack White to step outside of the self-imposed sandbox of the White Stripes. But coming after a period during which White’s work—as both a solo artist and with the Dead Weather—has become increasingly untethered from his original no-frills ethos, the Raconteurs’s first album in 11 years, Help Us Stranger, feels like a robust return to form for the musician.

But the Raconteurs shouldn’t just be viewed through a White-centric prism. There’s no better contemporary rock example of two halves of a songwriting duo, like John Lennon and Paul McCartney, uncannily counterbalancing the other’s strengths and weaknesses than White and singer-songwriter Brendan Benson. Benson’s irrepressible melodic instincts keep White’s focus on his songcraft, while White’s boundless energy coaxes new tiers of passion from Benson, a less expressive vocalist and more rudimentary lyricist than White.

As White and Benson trade vocals on the album’s savage opener, “Bored and Razed,” with White’s spitfire verses building into Benson’s soaring choruses, their twin lead guitars batter away at each other like feral animals. Add Patrick Keeler’s thunderous drumming, and the band enters a dimension of pure rock power they’ve only ever succeeded in accessing together. The Raconteurs may lack the unconventional optics and charming minimalism of the White Stripes or the relentless power-pop hooks of Benson’s solo work, but Help Us Stranger is another compelling exhibit in the band’s continuing quest to prove that there’s still more to be mined from the supposedly anachronistic guitar-rock template.

Almost every track here is another example of one that would never have reached the same heights without the contributions of each band member. The main guitar riff of “Sunday Driver” is far from White’s most indelible, but combined with Jack Lawrence’s revving bassline and White’s own swaggering vocals and squealing lead guitar—contrasted with Benson’s laidback, psych-tinged, harmony-drenched bridge—the result is one of the most well-rounded and satisfying straight-up rock songs White has made since, well, the last Raconteurs album.

Likewise, with White’s frenzied guitar and Lawrence’s fat, greasy sonic low end, the Benson-led blue-eyed soul of “Now That You’re Gone” becomes a lighter-waving anthem. The band proves itself able to apply this effortless chemistry to any type of song, running the gamut from the groovy Detroit-style garage rock of “What’s Yours Is Mine” to the yearning bluegrass ballad “Thoughts and Prayers.” With “Help Me Stranger,” the Raconteurs even uncover something fresh, with White and Benson’s Everly Brothers-style harmonizing and acoustic strumming getting a quirky, modern kick from the off-kilter rhythmic foundation provided by Keeler’s upside-down snare drum and Lawrence’s heavy bass-pedal work.

While the disparity in fame between the band members may forever doom the Raconteurs to being remembered as one of White’s “side projects,” such a view is ignorant of both the band’s overall chemistry and White and Benson’s virtually equal songwriting talents. In fact, it’s the Benson-heavy songs here that make the most lasting impression, and White was clearly responsible for the album’s only misfire, “Don’t Bother Me,” a generic bar-band choogle over which White angrily sputters about his old nemeses, the “clicking and swiping” generation.

Both the melancholy Beatlesque pop of “Only Child” and the swooning country-soul of “Somedays (I Don’t Feel Like Trying)” rank among Benson’s very best work to date, with White’s multi-textured, ever-inventive guitar riffs and the rock solid rhythm section elevating Benson’s usual sad-sack routine toward true pathos. Help Us Stranger reaches its emotional apex during the latter’s honey-sweet outro: “I’m here right now, not dead yet,” Benson repeats, leaping registers as the band slowly works up to a fevered pitch behind him. Corny as it sounds, he might as well be singing about rock n’ roll itself. Few other bands out there are such compelling proof of its enduring viability.

Review: Titus Andronicus’s An Obelisk Is All Sound and Fury, Signifying Nothing