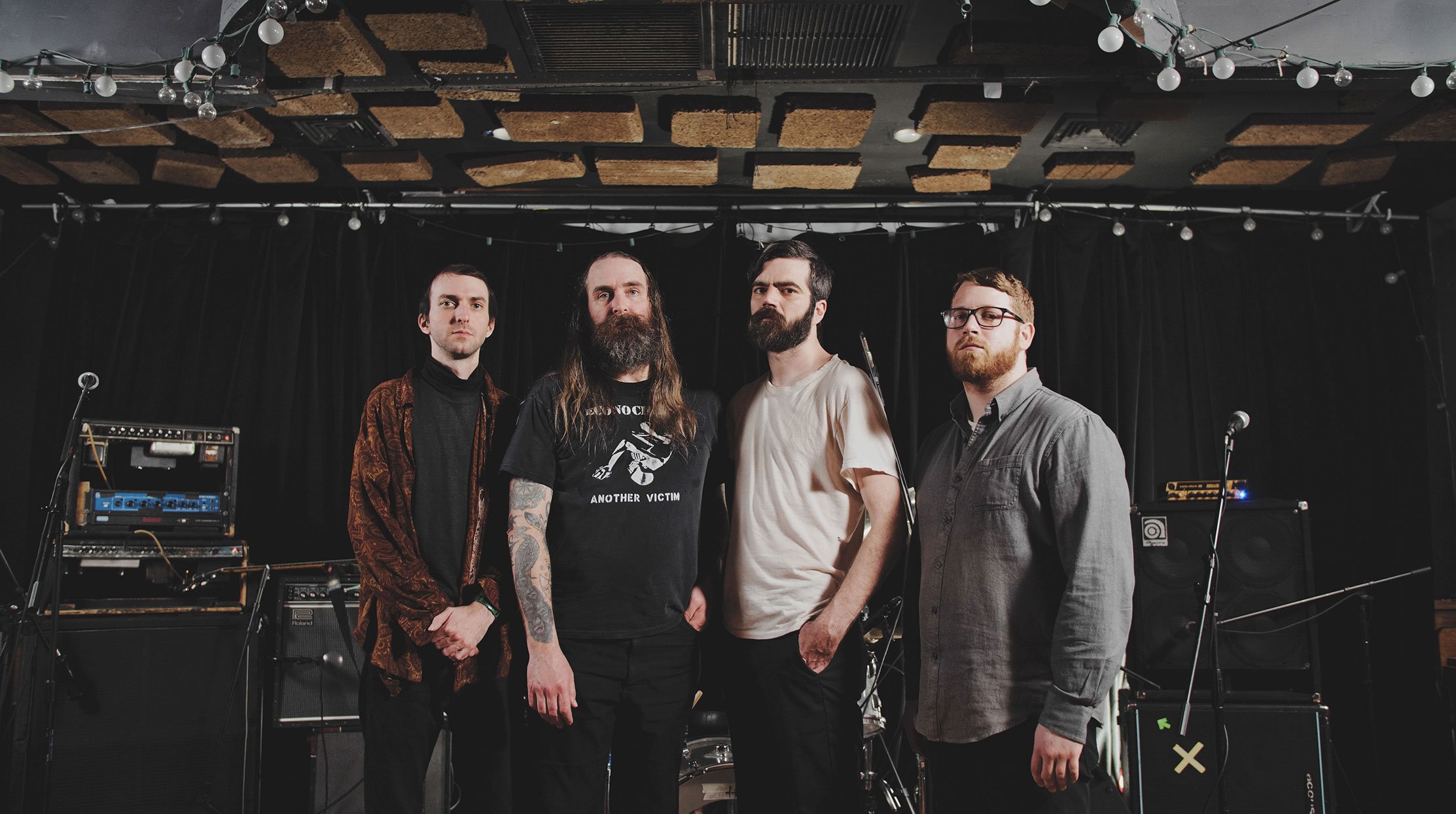 It takes balls to open your rock album by screaming about “an inferior version of rock n’ roll,” as Patrick Stickles does on “Just Like Ringing a Bell,” the opening track of Titus Andronicus’s An Obelisk. The band’s ostensibly back-to-basics sixth album could charitably be described as workmanlike. Stickles and longtime sideman Liam Betson’s guitar tones are fuzzy and chunky in all the right ways, and Stickles has his punk-rock growl down pat. But these are mere superficialities; loud guitars and screaming have hardly been the main focal point of the band’s sound. On An Obelisk, though, they’re just about all that Stickles and company have to offer. Forgive the cliché, but they asked for it by naming themselves after a Shakespeare’s tragedy: The album is the very epitome of sound and fury signifying nothing.

An Obelisk arrives just 15 months after the expectation-subverting A Productive Cough, but it couldn’t be more different, despite the fact that Stickles wrote both albums around the same time, separating the material into the bangers found here and the prior album’s more complex and mellower epics. This may sound like a welcome news for fans who struggled to embrace A Productive Cough’s cavalcade of guest musicians and auxiliary percussion, horns, and other instrumentation. But anyone who’s been clamoring for Titus Andronicus to make a uniformly hard and fast punk album like this one hasn’t been paying attention to what the band is about.

One of Titus Andronicus’s greatest strengths has always been the dichotomies in their music—those juxtapositions of the quiet and loud, the portentous and the irreverent. This is, after all, a band whose first album, The Airing of Grievances, borrowed its name from a Seinfeld episode, and whose breakthrough, The Monitor, was an epic concept album about the Civil War that they managed to somehow top five years later with a 90-minute rock opera about bipolar disorder. An Obelisk is loosely conceptual, but unlike The Monitor and The Most Lamentable Tragedy, there’s no discernable narrative or character to hang onto here. We do, though, get a narrator, known as Troubleman, who serves as little more than a thin veneer from behind which Stickles can excuse his under-baked ideas. After all, one wouldn’t expect the guy who wrote ambitious epics like “A More Perfect Union” and “Number One (in New York)” to be capable of penning the adolescent inanities that constitute the lazy three-chord blunders that are “(I Blame) Society” and “Tumult Around the World.” But he did.

From the generic stick-it-to-the-man platitudes of “(I Blame) Society” and the 68-second “On the Street” (“There’s too many police on the street/And they’re all after me!”), to the clearly unintentional parody of hardcore punk that is the 88-second “Beneath the Boot,” it’s almost hard to believe how dumb these songs are. Stickles has successfully managed to confront his demons in increasingly creative and resonant ways, from inventing a doppelganger on The Most Lamentable Tragedy to turning those demons into a party on A Productive Cough’s “Above the Bodega (Local Business),” but “My Body and Me” is insultingly glib: “My body and me, we don’t always get along/He tells me it’s all right, I tell him he’s all wrong.”

Producer Bob Mould, apparently unable to transfer whatever is powering his late-career renaissance to other artists, does capture an organic live-in-the-studio sound that shows the band’s current lineup—Stickles, Betson, and rhythm section R.J. Gordon and Chris Wilson—doesn’t lack for intensity. But with so many flat, unoriginal riffs and unmemorable choruses, there’s just not enough meat here to reward that approach, and despite its unrelenting volume, An Obelisk just feels empty without the wide-ranging dynamics and ambitious arrangements that have, until now, defined Titus Andronicus’s music.

Mercifully, most of the songs are over and done with quickly enough, though only a couple—the bright “Just Like Ringing a Bell” and the freewheeling “Troubleman Unlimited,” the only tracks here that don’t sound like “an inferior version of rock ‘n roll”—stick to the ribs at all. A few grind on unimaginatively for over five minutes, either to the point of boredom (“Within the Gravitron”) or absurdity (“Hey Ma,” with its face-palm-inducing imitation-bagpipe guitar solo). Like all of Troubleman’s diatribes, they just feel like a lot of hot air.

Review: The Raconteurs’s Help Us Stranger Is a Robust Return to Form