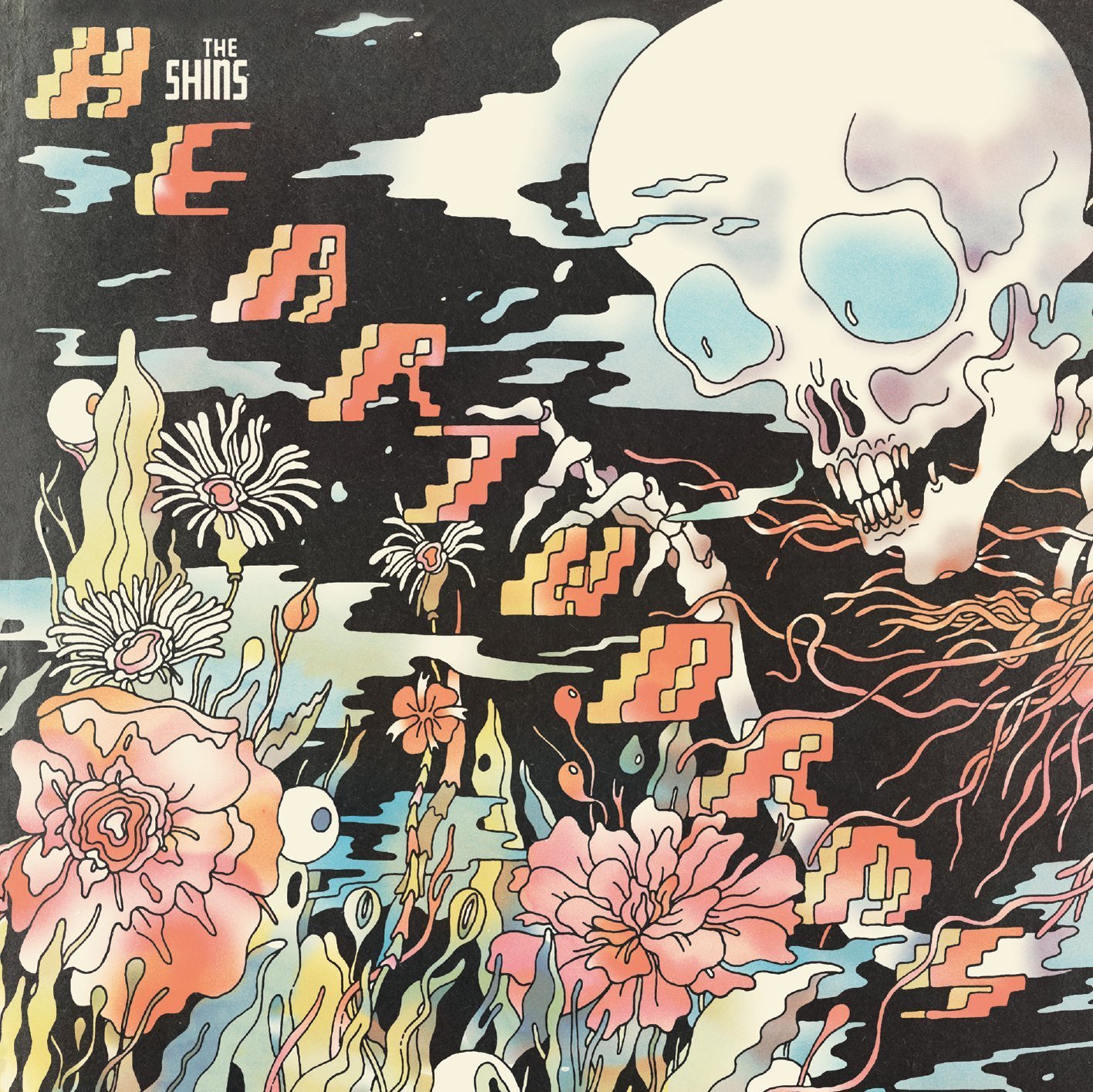 James Mercer has reached a point in his life when, if he sings the words “my girl,” he may very well be addressing one of his three daughters. Mercer does precisely that in the first moments of the Shins’s Heartworms. On “Name for You,” Mercer calls out the patriarchal consignment of women to domestic roles as a “bland kind of torture,” and he encourages his daughters, and by extension all women, to fearlessly speak their minds and pursue their dreams.

Rather than announcing an album full of sociocultural commentary, though, the empowering “Name for You” marks one of few forward-looking moments on Heartworms, as Mercer otherwise trains his focus on the distant past, both in his subject matter and eclectic brand of indie pop. While the singer-songwriter worked with producer Greg Kurstin on 2012’s melancholic Port of Morrow (his first Shins album after parting ways with the band’s original lineup), Mercer produced Heartworms himself—and, in doing so, returned to the lusher, more upbeat sound of the Shins’s influential early releases.

This is most apparent on this album’s infectious, hook-laden title track and shuffling, gently strummed lead single, “Dead Alive,” the latter of which contains echoes of “New Slang.” On the sentimental “Mildenhall,” which doubles down on the country aesthetic of Chutes Too Narrow’s “Gone for Good,” Mercer vividly reminisces about teenage years spent as a skateboarding military brat at an Air Force base in England. But when he regresses into talk of chasing away rainy-day blues by messing around on his dad’s old guitar, his detailed storytelling becomes bogged down in reams of lazy clichés. On paper, Mercer’s lyrics too often engage in heavy-handed wordplay (“I take the drugs, but the drugs won’t take”) or drift off into abstraction (“I dine like an aging pirate”), though the vocals aren’t always featured prominently enough to easily decipher on a casual listen.

Throughout Heartworms, Mercer ruminates on aging by contrasting his present with his past. Though nostalgic for his teen years on “Mildenhall,” he laments a youth that was wasted on him on the mellow “Fantasy Island.” The ethereal “So Now What” finds Mercer looking back at the long road traveled with his wife over the years, wistfully pointing out that things don’t always go as planned but clinging to the “crazy idea” that they’ll somehow find a way to blissfully “coast to the end.” Anxiety and a desire to escape the realities of one’s existence wriggle their way into his lyrics, whether through the futility of relying on illusory solutions to one’s hardships on “Painting a Hole” or a desire to fly away from an attention-starved childhood on “Fantasy Island.”

But Mercer often only seems to take this theme half-seriously. He irreverently personifies an inescapable situation in the form of a clingy woman on “Rubber Ballz” (“I just can’t get her out of my bed/Wish I’d gone with her sister instead”) or, conversely, laments the relentless melodrama of unrequited love on “Heartworms.” As he details bouts of anxiety that have resurfaced since childhood on “The Fear,” he does so by wishing he could merely have sense enough to “let it give way to love,” as though struggling with mental health is simply a matter of willpower. Such oversimplifications bog down the album, which is too often distracted by pristine melodies that can’t fully obscure those instances when Mercer struggles to find the right words.