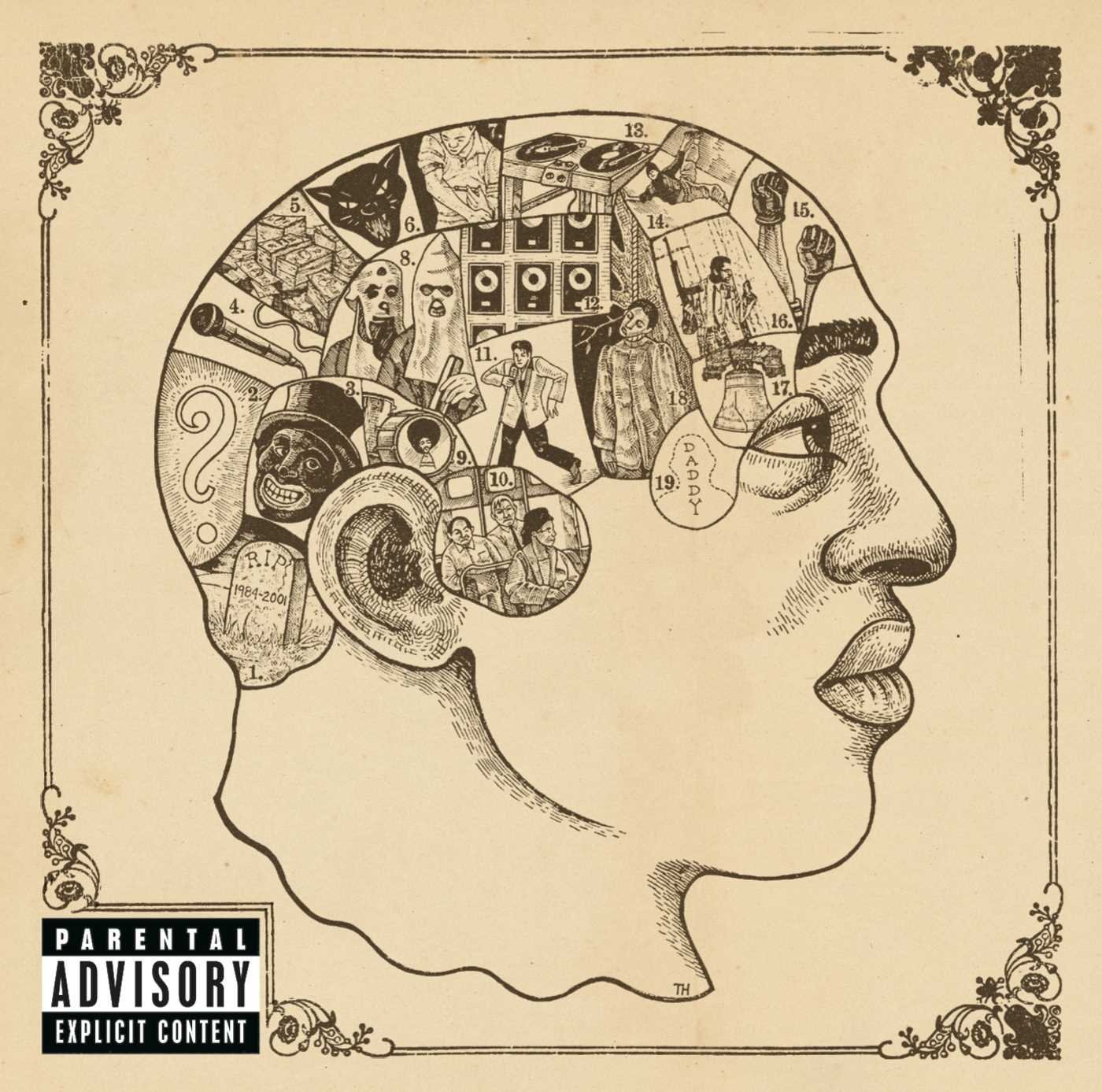 The Roots’ last studio album, Things Fall Apart, not only snagged its title from the Chinua Achebe novel of the same name but its themes of literal and psychological colonization as well. For Phrenology, the Roots invented their own title but once again challenge the commodification and subsequent destruction of hip-hop culture. Of course, the Roots replace Achebe’s yams with thongs and his white missionaries are traded for multi-racial executives with bling-bling on the brain. Take for example the ironic “Pussy Galore”: Black Thought attacks—rather, he observes—the commercialization of sex (“The world is a sex machine”) and music (“9 outta 10 it’s the same song, it’s only the beat changed,” he sneers), all the while stirring up a beat as sweaty as “Hot in Herre.” But the Roots don’t just point fingers, they lead by example. The experimental “Water” is a reminder that the purpose of a movement is to actually look ahead and move forward. Phrenology is spiked with a brief punk-rock interlude (”!!!!!!!”) and capped with a rave-rap hybrid more aggressive than OutKast’s “Bombs Over Baghdad” (“Something to See” featuring Rahzel). The album is subtly progressive too: in an homage to their, um, roots, the band conjures Kool G Rap & DJ Polo and Erik B & Rakim with the old-school breakbeats of “Rolling with Heat” and “Thoughts @ Work.” Two guest vocalists, however, are criminally underused: “Sacrifice,” a potential dream-collabo with Nelly Furtado, is squandered by a thin hook, while Jill Scott, who co-penned the Roots’s breakthrough “You Got Me,” is just plain wasted on “Complexity.” Still, the album’s lead single, “Break You Off,” which features a glowing performance by Musiq, and “The Seed,” featuring singer Cody Chestnutt, epitomize the soul of neo-soul.

Review: Aaliyah, I Care 4 U

Review: Matchbox Twenty, More Than You Think You Are