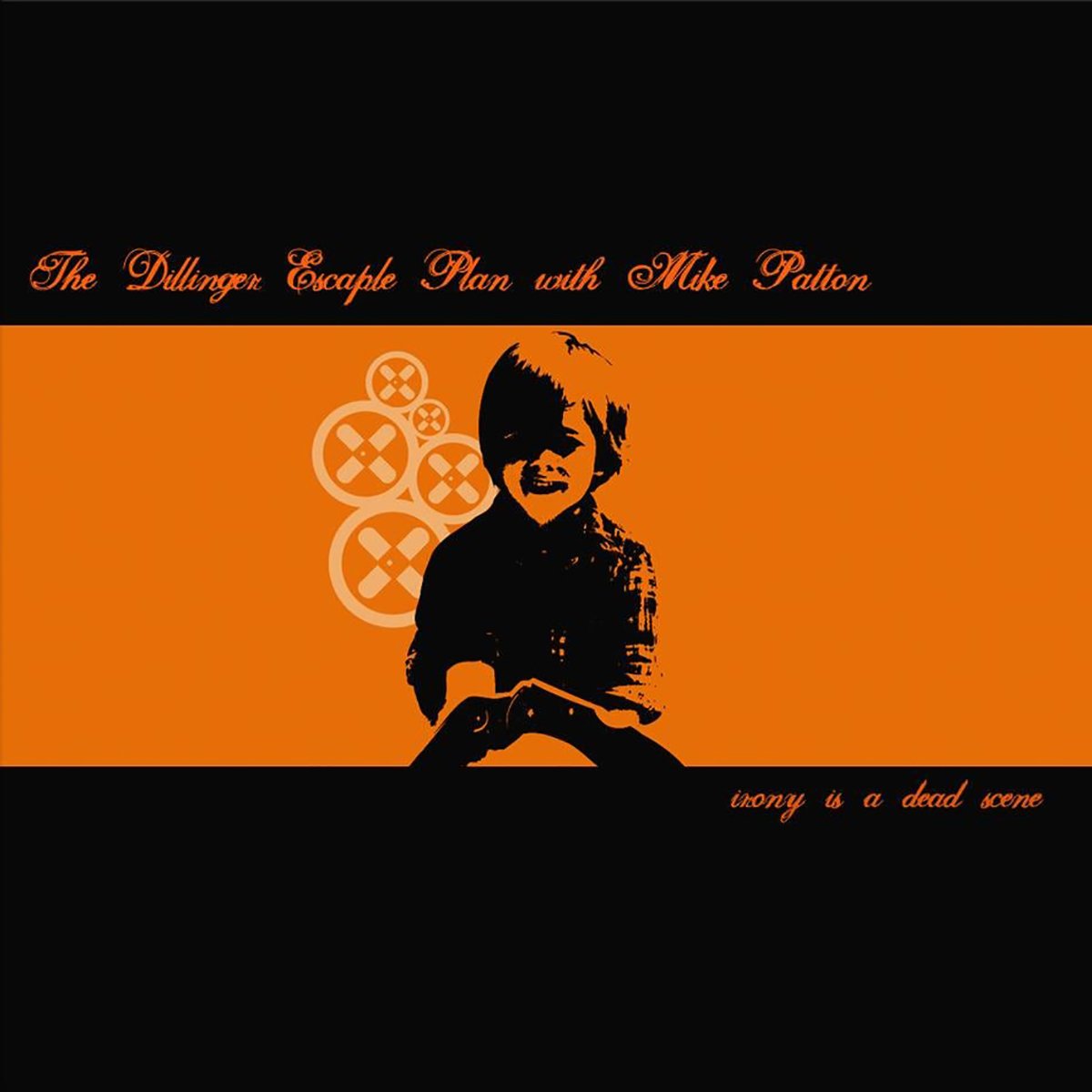 The Dillinger Escape Plan bids to annihilate our understanding of what metal is. This is the music that razes your subconscious and builds only chaos in its place. Dillinger’s previous releases have been so hyperactive, complex and sonically violent that listening to even just two tracks is utterly exhausting—hearing their entire full-length Calculating Infinity in one sitting is itself a gargantuan feat. With the loss of the their lead singer, the band recruited former Faith No More and Mr. Bungle frontman Mike Patton, a singer whose vocal versatility and behavioral madness need little introduction. When you invite Mr. Patton over for dinner, he could just as easily lead you in song or piss on the main course. So what happens when you put two wild dogs into a cage together? The result is the Dillinger Escape Plan’s new EP Irony Is a Dead Scene, a collaboration that epitomizes the meaning of flawless symbiosis. Dillinger’s technical complexity and brutal rhythms cultivate Patton’s vocal tenacity, which spans a spectrum from Las Vegas crooner to schizophrenic noise-maker. Likewise, Patton’s flair for melody keeps Dillinger’s fully-automatic guitars on a short enough leash that the four song EP goes down relatively smooth. Each track jumps from relentless stop-and-go thrashes to thoughtful, ambient breakdowns and jazzed-out jams. Patton soars and screeches, never making the same sound twice—his vocals have never been as erratic or dark. Patton evokes the imagery of a common diner scene on “When Good Dogs Do Bad Things” (“A smiling drunk nursing a glass of milk/A girl with a face like poison bread/Over the kitchen noise they howl at me”), before revealing its true emptiness (“In this crowded place I could swing a cat/And not even hit a soul/It’s just the lonely vacuum of human black holes”). His brooding lyrics and seemingly limitless vocal ability combine with the incomparable skill of Dillinger to create one of the darkest, most brilliant metal records in recent memory.

Review: Matchbox Twenty, More Than You Think You Are