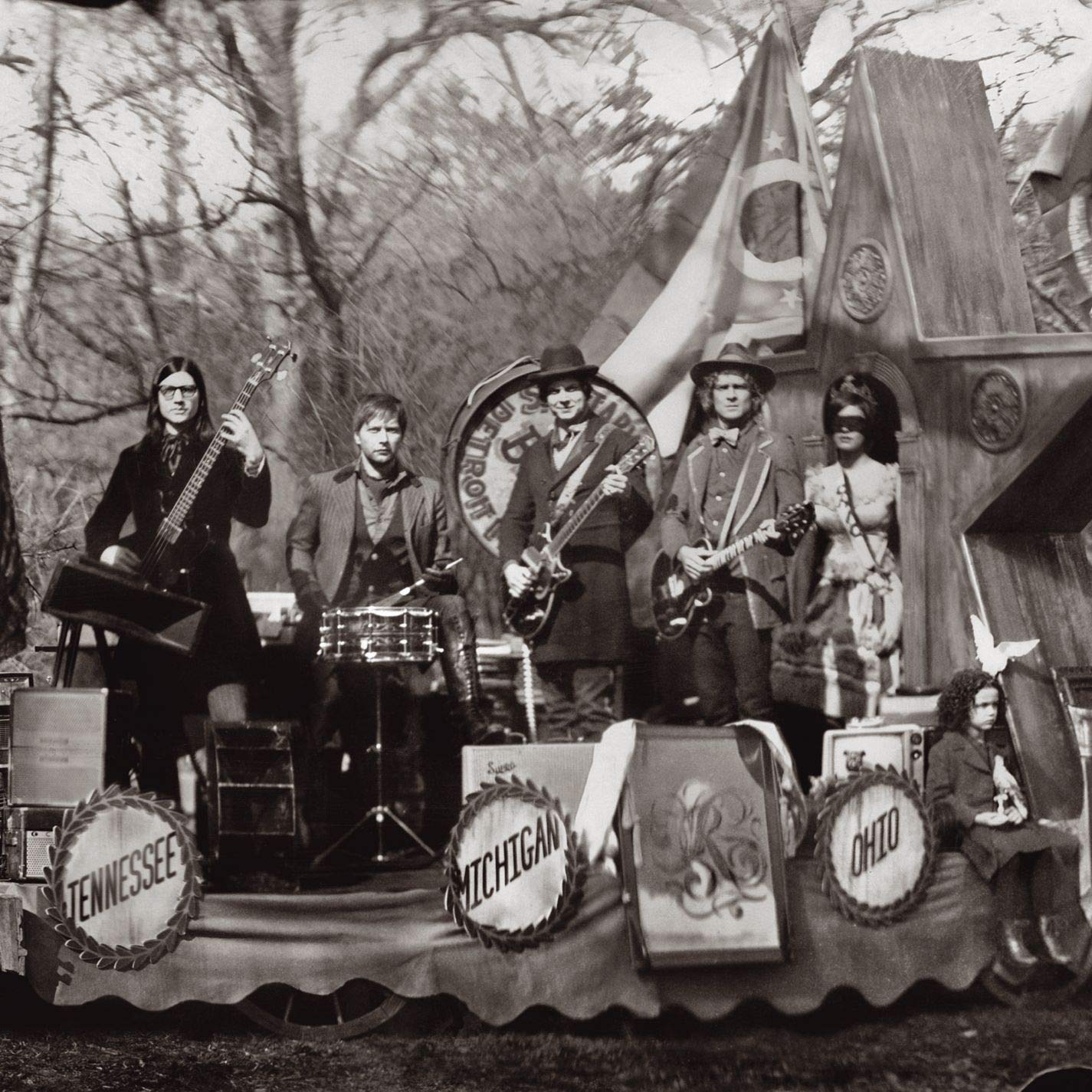 News of an imminent, unexpected Raconteurs album hit early last month like a retro-rock ambush. The press release announcing Consolers of the Lonely claimed that Jack White wanted to reduce the chances of leaks, shorten the period of hype, and level the playing field between listeners and journalists.

It’s a little hard to explain why the Raconteurs, which also includes singer-songwriter Brendan Benson and members of Cincinnati’s Greenhornes, would forgo all the free publicity provided by press anticipation. Maybe, for whatever weird reason, White was spooked by the treatment given the Black Crowes by Maxim magazine, in which the editors of the esteemed rag panned the band’s latest before they had even heard it.

A better explanation is that he simply wanted to keep the pre-release blather to a minimum (he should know by now that we music hacks are as likely to gush over anything with his peppermint-tinged fingerprints on it as we are to prematurely dismiss the post-Allman Brothers Band muck turned out by the Black Crowes). Consolers of the Lonely, despite its surprise entrance, is predictably pleasing, a fine collection of shit-kicking rock ‘n’ roll just varied and experimental enough to sound original and unbored.

The connection between the Raconteurs and the Crowes is apt for another reason, for the two bands mine similar eras and influences and yet come up with products of hugely divergent value. On paper, the scouting reports could almost be identical (before or after one has heard the album): Zeppelinish guitar worship with a bluesy underbelly topped by Beatles-esque melodies. Yet the Raconteurs succeed where countless other bands have failed.

That’s largely due to White, who’s made a career out of creating false memory within the minds of his listeners. Listening to a White Stripes or Raconteurs track, one is sure there’s a band from decades past that has already attempted a similar sound, when in fact White has combined the best elements of two or three classic groups into one super-historical fantasy of the future. The Raconteurs benefit from their other members too: The rhythm section, made up of Jack Lawrence and Patrick Keeler, is more ballsy and bass-heavy (naturally) than Meg’s, and Benson is a laudably smooth counterpoint to White’s fidgety, attention-deprived presence.

Obvious influences on Consolers of the Lonely run the gamut from the Who to Led Zeppelin, John Lennon’s anger to Paul McCartney’s swooning, Exile on Main Street soul to Beggar’s Banquet blues. Lead single “Salute Your Solution” digs a ditch of Angus Young riffage and features Benson and White harmonizing and trading verses, something they do more often than on the Raconteurs’s 2006 debut, Broken Boy Soldiers. “Hold Up” revisits the two-chord exuberance of “Fell In Love with a Girl” while “Top Yourself” is a slowly unfolding slide-guitar attack, but these are the only two songs that would not sound obviously out of place on a White Stripes record. The Benson-led “Many Shades of Black” builds a soulful, horned architecture around White’s manic soloing and “Rich Kids” is a marvelously multifaceted affair, switching between Benson in a “Tangerine”-like atmosphere and a Bono-aping White.

Few outright downers turn up on the album: The novelty of the Ennio Morricone-style trumpet play on western pastiche “The Switch and the Spur” wears thin early, and the narrative epic “Carolina Drama,” which closes the album, never really becomes, well, all that dramatic. For a side project nearly an hour in length, though, Consolers of the Lonely is quite an accomplishment. Joining the company of musicians that are not his ex-wife continues to be a boon for White. And for all I care, the Raconteurs can continue to shun the traditions of advanced publicity. Enjoying an album like this requires zero preparation.

Review: Public Enemy, It Takes a Nation of Millions to Hold Us Back