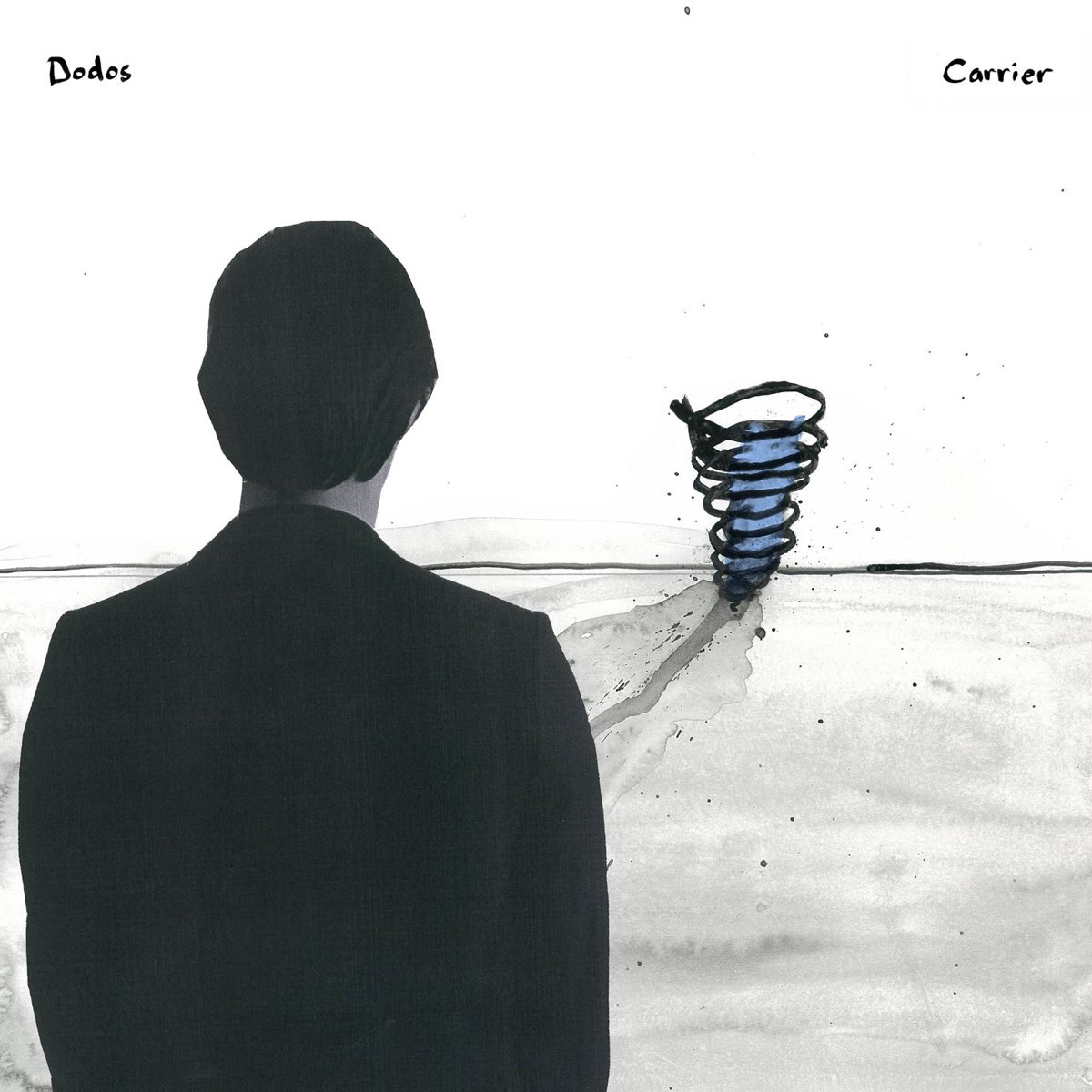 Twenty-six-year-old guitarist Christopher Reimer, formerly of the Calgary band Women, may have only been affiliated with the Dodos for a short time when he unexpectedly passed away last year, but his death still informs the funereal tone of the band’s fifth album, Carrier. Rather than wallow in sullen dirges, though, the San Francisco duo infuses their earnest reflections on mortality with a kinetic energy. Apparently not one to shy away from an insoluble riddle, singer Meric Long opens with the broad question “What is a song?” and then, as if it’s a natural follow-up, “What is love?” on “Transformer.” Steadily evolving from morose lamentation into an expansive foot-stomper reminiscent of Fleet Foxes, it’s an aptly titled introduction that consistently surprises by periodically reinventing itself.

The album’s stirring first single, “Confidence,” finds Long extending the title word over a staccato guitar riff, repeating its final syllable as if it were an incantation. The gentle lull this creates abruptly morphs into a blistering double-time latter half that showcases some impressively nimble fretwork on dueling guitars. “Stranger” is a sad but triumphant ballad incongruously buoyed by jittery guitar and Logan Kroeber’s impossibly agile drumming. “I plan to see this through until it’s done,” Long sings in a transcendent moment that the song slowly builds toward. “Relief” at first takes a more subdued approach to sincerity, trading grandeur for acoustic fingerpicking and serenely rising and falling harmonies, before it, too, explodes to life.

There are some glimpses of the more predictable directions this kind of soul-searching could have gone, especially in the languid “Family” and the morbid “Death,” but the jangly guitar bursts announcing “Destroyer” revitalize the album right when things appear to be headed into a pitch-black void. Still, as the ripples of guitar on “The Ocean” move gradually from comforting to sinister, Long ends the album just as it began, with a decidedly open-ended question: “Why won’t you be where I want you to be?” It’s admirable for a musician to wear his heart on his sleeve in these cynical times, and Carrier is a disarming reminder of the therapeutic power music can hold.

Indie 500: David Bowie, The Spirit of Space/Taft, The Dodos, and Video Round-Up