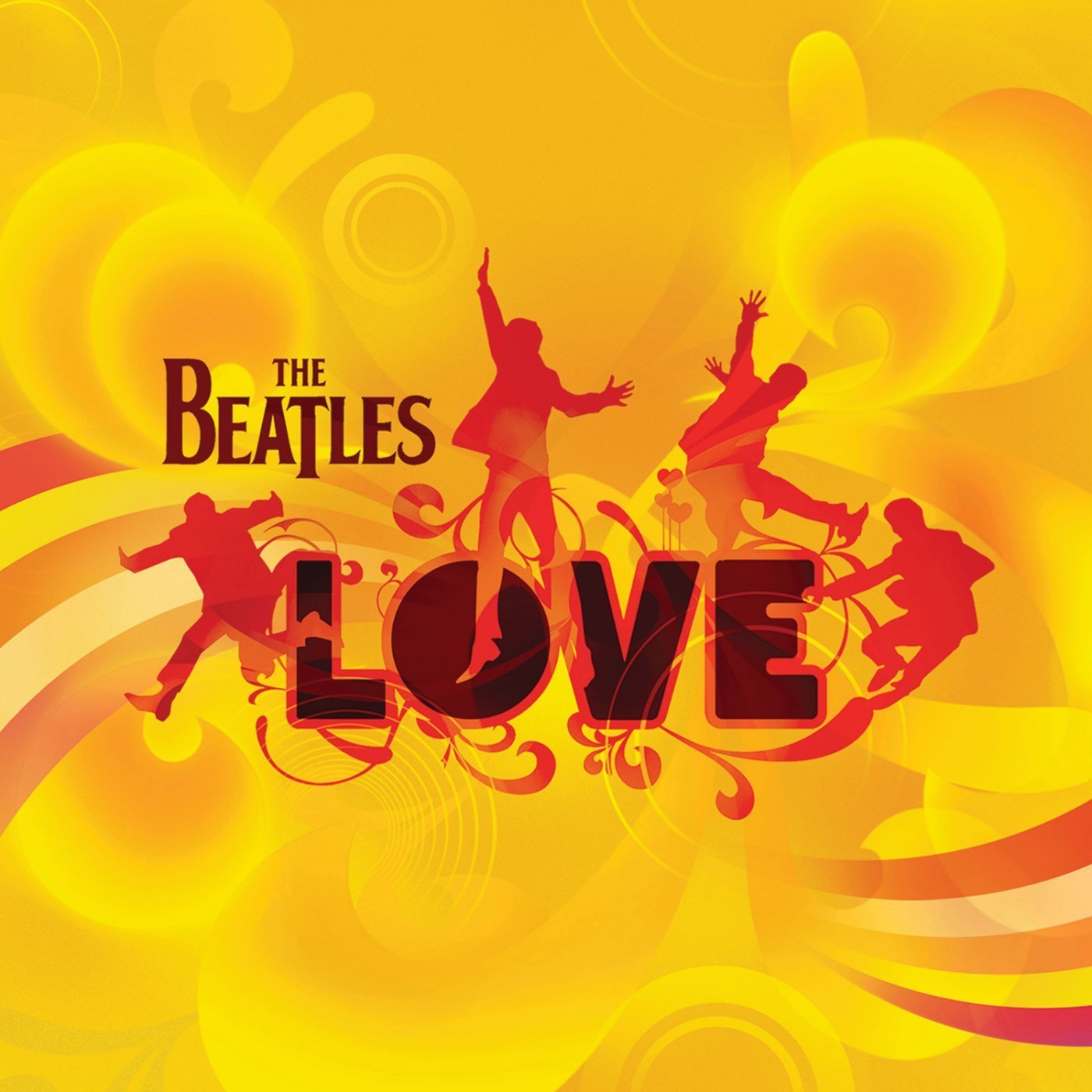 The Beatles were primal, peerless artists, a group whose work has colored the ensuing decades’ culture and sound. As such, the Fab Four’s decade’s worth of records are often viewed as sacred texts that dare not be disturbed. However, it’s a foolish notion to think that anyone would hear The Beatles’ music and not feel moved to interpret it anew. From barbershop quartets to heavy metal headbangers, The Beatles have seen their timeless song craft bent to fit the feel of countless genres.

With Love, these Liverpool lads are, at last, quite literally being reinvented by one of their own. The idea of folding The Beatles’ catalog back upon itself is not new (DJ Danger Mouse’s Internet sensation The Grey Album got there first in 2004 and, perhaps inevitably, will be mentioned in nearly every review published about this disc), but Love, as much an experiment as it is a soundtrack to Cirque du Soleil’s Vegas extravaganza, detonates The Beatles catalog, conflating 10 years of iconic tunes into the space of 26 tracks. It’s a best-of compilation in the most palpable sense of that phrase.

Love doesn’t drastically reimagine The Beatles’ music, but rather pieces together fragments of songs that don’t seem an ideal match—“A Hard Day’s Night” and “Get Back,” for example—and topples the barriers of time, rendering The Beatles as a fluid musical entity, a group whose compositions float in and out of one another to often thrilling, phantasmagoric effect. The often dizzying swirl of sound—“Get Back” fairly bursts at the seams while “Eleanor Rigby” and “Julia” blend together in haunting fashion—will have dedicated Beatlemaniacs parsing each track, attempting to decipher what producers George and his son Giles Martin have meticulously assembled.

In addition to imploding the boundaries between albums and songs, the Martins have also polished these tracks for today’s ears; it’s a revelation to hear—particularly in the DVD-A version of the album being sold concurrently—the crispness of Paul McCartney’s vocals intertwined with John Lennon’s high, thin harmonies, and the bite of George Harrison’s guitar and the satisfying kick of Ringo Starr’s drums. It would’ve been easy for The Beatles’ records to be museum pieces, left alone to gather dust and appreciation; Love reaffirms these recordings’ enduring vitality and essential nature. By dusting them off and dismantling them, the Martins have fashioned a giddy mash-up that lays bare the very DNA of modern pop music. It’s a dazzling, expansive experience that ranks among the year’s best.

The Crack of Noon: Baking Away with Tenacious D