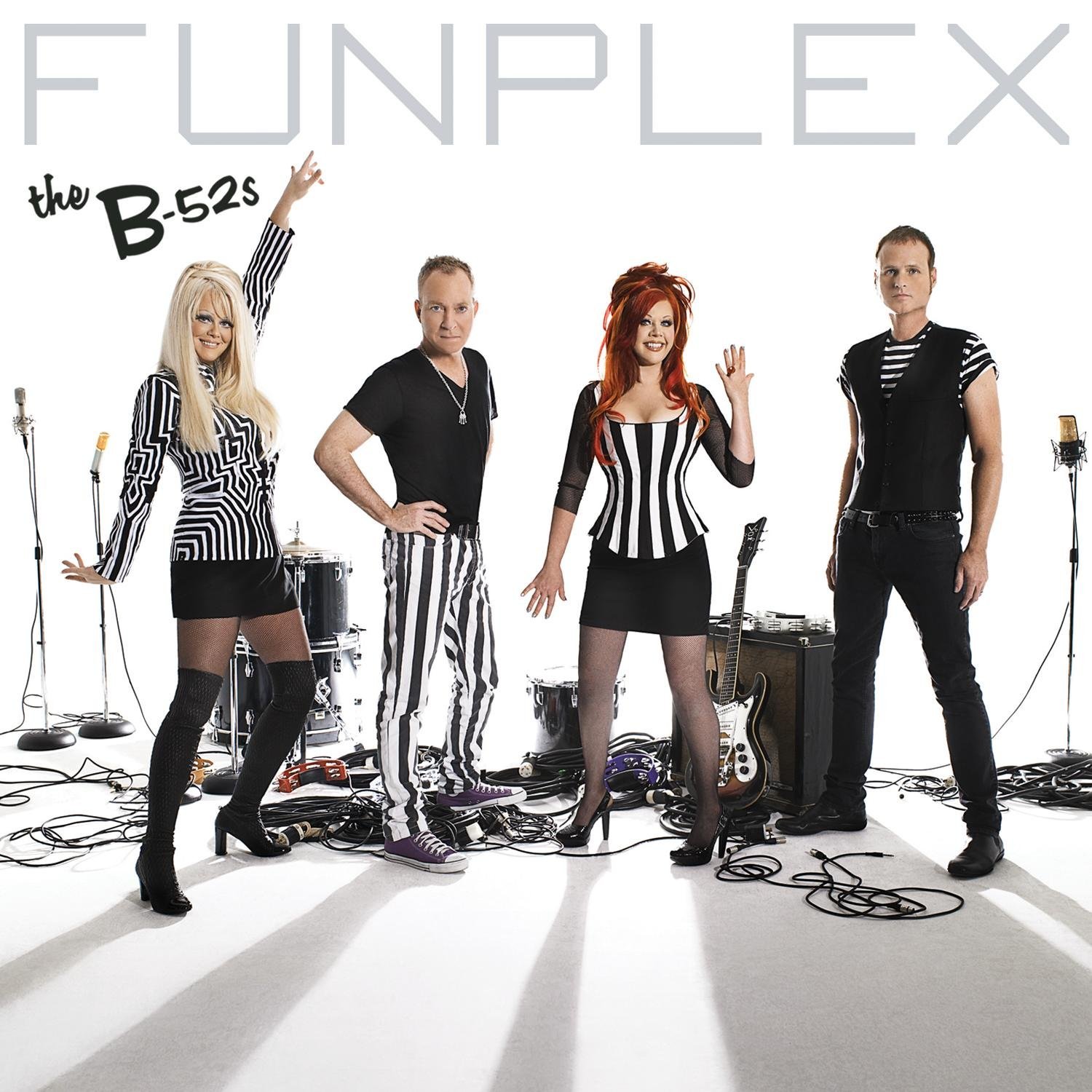 The press kit for the B-52s’ first album in 16 years depressingly mentions LCD Soundsystem, the Rapture, and the Killers as sonic touchstones. It’s kind of gauche that Astralwerks feels the need to compare a long-awaited record by veteran hitmakers to a bunch of young turks who, shiny and exciting though they are, have not yet proven that they’re capable of anything as pop-redefining as the Dadaist wedding staple “Rock Lobster.” Sure, “Mr. Brightside” is a great song, but it probably won’t be rocking bar mitzvahs 30 years from now.

Tellingly, though, the marketing materials also refer to another group of ‘80s elders who found new life during the decade when dance-punk broke: New Order. It’s a fitting comparison, and not just because Funplex producer Steve Osborne manned the boards for the band’s 2001 comeback Get Ready. No, it’s apt because New Order also sometimes seems too old for this shit. It’s sad, but at first blush, listening to Fred Schneider bring the wacky to a lyric like “Robots/bootybots/erotobots,” on “Love in the Year 3000,” is nearly enough to make a person question the pleasure derived from immature things like pop music and sexual congress.

And yet…as easy, and as much fun as it is to mock this album and the baby boomers in funny haircuts responsible for it, something about it is impossible to hate. The band plays things mostly safe, which could easily come across as annoyingly derivative or deadly boring. Really, by rights they deserve to be tarred with both brushes, because when they’re not emulating the synth-happy sounds of modern dance-rock, they’re strip-mining their past: “Hot Corner” is essentially “Love Shack, Part Deux.” From any other band, this kind of behavior would read as business as usual, and therefore as a failure. Instead, though, the essentially lovable nature of their project somehow makes everything okay. Because when you come right down to it, who doesn’t love bouffanted girl-punks cooing about electric luaus and a deranged-sounding carnival barker shouting, “I am a fully eroticized being!” over sci-fi surf guitar?

Is there a “Love Shack” or “Roam” here? Absolutely not, though “Pump” will probably move some bodies. Otherwise, the standouts are the more contemplative moments, particularly “Juliet of the Spirits,” which positively shimmers. Of course, it’s unlikely that B-52s fans are expecting many new classics at this late date. Funplex neither redefines nor sullies the band’s sterling legacy, which is probably close to a best case scenario.