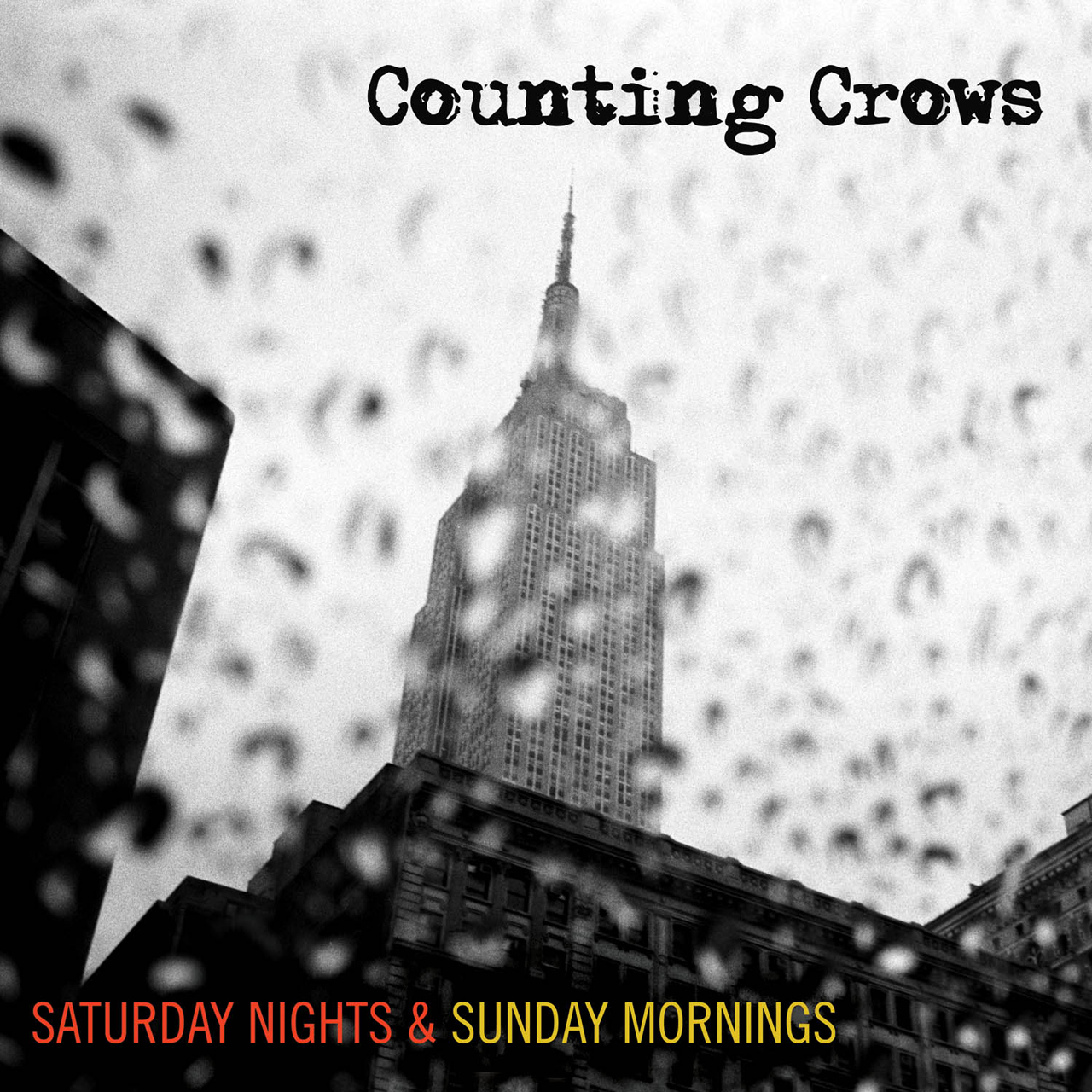 The press notes for Saturday Nights & Sunday Mornings describe Counting Crows as an “albums band,” but was that ever true? Radio-ready and occasionally catchy, the Crows have always been known for their singles rather than for their albums; “Mr. Jones” worked because you didn’t have to listen to Adam Duritz pretend to “rock out” for 56 minutes. This spring sees the resurrection of several familiar ‘80s and ‘90s acts, from the B-52s to R.E.M., and more than with any other, listening to the Crows’ latest feels like being stuck in the past, when naming a song after Greenwich Village (“Washington Square”) might’ve still been cool. That’s because Duritz and his band more or less sound exactly the same: There are still the lame contemplative titles, the incessantly laidback beats, and Duritz’s Hallmark observations about life (“Time is a number,” folks). What’s different this time is the split between the album’s two supposedly dissonant halves, from the harder-edged Saturday Nights (think keg stands and lots of mistakes) to the reflections of Sunday Mornings (think tears and homecomings). But the Crows are a one-speed band—that speed being neutral—so it’s quickly clear this conceit is just an excuse for Duritz to wax nostalgic about old flames. The electric guitar interludes sound obligatory, particularly when paired with lyrics that don’t approach immediate or visceral (“Fourteen-hundred-ninety-two/Columbus sailed the ocean blue,” Duritz sings on the opening jammer “1492”). If Wilco has turned into dad-rock, as Pitchfork has claimed, then shouldn’t Counting Crows be dead by now?