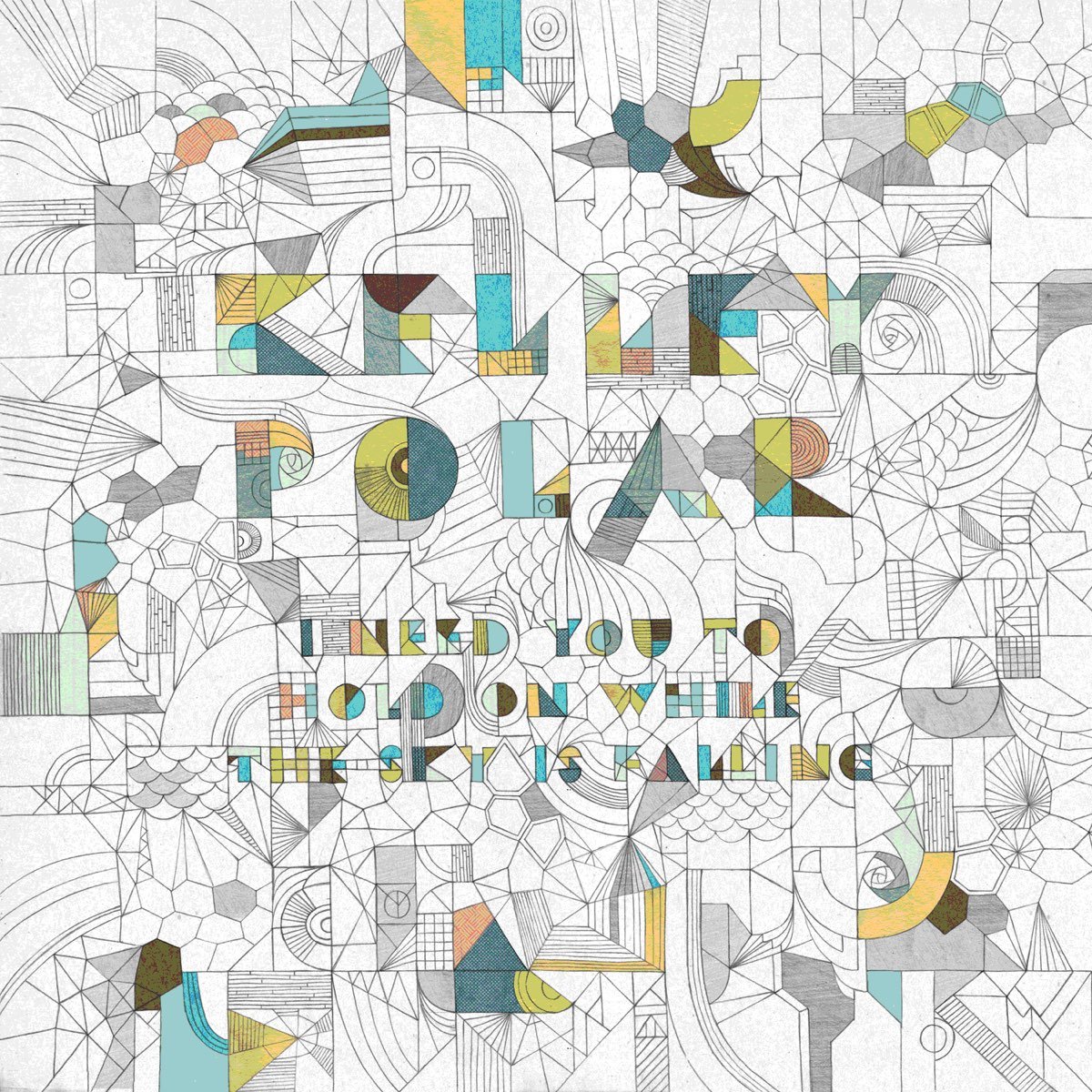 I wonder if Kelley Polar likes figure skating. The sport speaks to the kind of challenges he seems interested in—the technically agile, flamboyant, self-consciously eccentric kind. To extend the metaphor, it’s possible to view his second album, I Need You to Hold on While the Sky Is Falling, as a most respectable, but ultimately unstuck, sort of musical quadruple salchow. In figure skating’s weighted scoring system, it’s conventional to give someone who attempts a really difficult, interesting new trick some extra credit. Let’s give it some points for trying anyway, shall we?

Polar’s official biography claims that he was expelled from Juilliard after a riot broke out during his thesis defense, and his press photos show him wrapped in a white robe wielding his violin and looking like some sort of faerie warrior. Dude is apparently the type to go big. He works in obscure forms—specifically the depressed white-boy bedroom disco track—and, as if historical genre anemia weren’t enough of a challenge, he piles earnestly new-agey sentiment on top of his every movement, as though to taunt irony itself. In this respect, he would be the anti-James Murphy, if James Murphy were half as distancedly ironic as his detractors claim. As it is, Polar is still decidedly drippier. This record starts off with a double-take-worthy invocation of the universal life essence, which he terms “the feeling of the all-thing,” and one of the lyrics centers around a chant of the word “elysium.” This impulse is deeply uncool. It’s also very enjoyable, especially if you appreciate the sort of hippie celebration of the communal typified by the lyric, “And when you’re with me I can feel the energy,” even on a record designed for headphone listening.

And this is unquestionably a headphone record, though the outstanding lead single, “Entropy Reigns (In the Celestial City),” with its exuberantly dual-gendered vocal and stompy drum programming, does an able impersonation of dance-floor-ready ‘80s pop. Sadly, the other standout tracks would be dance-floor-ready only if Larry Levan still laid groove. Polar spends a lot of this record exploring the spaces between sounds; while the beat counts are generally peppy, the arrangements are so complicated and the production so delicately shaded that the nuances are best understood in headphones, or otherwise at the Paradise Garage. On songs like “We Live in an Expanding Universe” and the tidally hypnotic “Sea of Sine Waves,” Polar uses samples of his reedy voice as a percussive instrument, then layers funky vintage synthesizers, angularly off-kilter disco strings, and electrically crisp drum patterns on top, to exceedingly intimate, gorgeous effect. On the latter track, which is easily Polar’s best vocal performance to date, he stretches out the word “sine” so that it takes a couple of syllables and makes an emotional leap.

Unfortunately, other attempts at vocal super-expressivity fall short. Polar’s last album was a pretty low-key affair from a vocal perspective, and frankly, his voice might be a little thin to pull off the rather demanding approach he takes here. On songs like “Satellites” and the pretty much unlistenable “A Dream in Three Parts (On Themes by Enesco),” he really stretches out, running scales he’s not prepared for and otherwise taking on an arch, theatrical tone that’s really, really serious but not all that competent-sounding. Some of the vocals are alarmingly intimate; his effort is audible, and in some senses laudatory. Nevertheless, when contrasted with the homerun professionalism of the backing tracks he creates, Polar’s vocals often don’t measure up. When he restrains himself, such as the ghoulish “Chrysanthemum,” in which he imagines making “a chrysanthemum of every human head” in a terrifying coo, the end result is a lot less dissonant and a lot more satisfying.