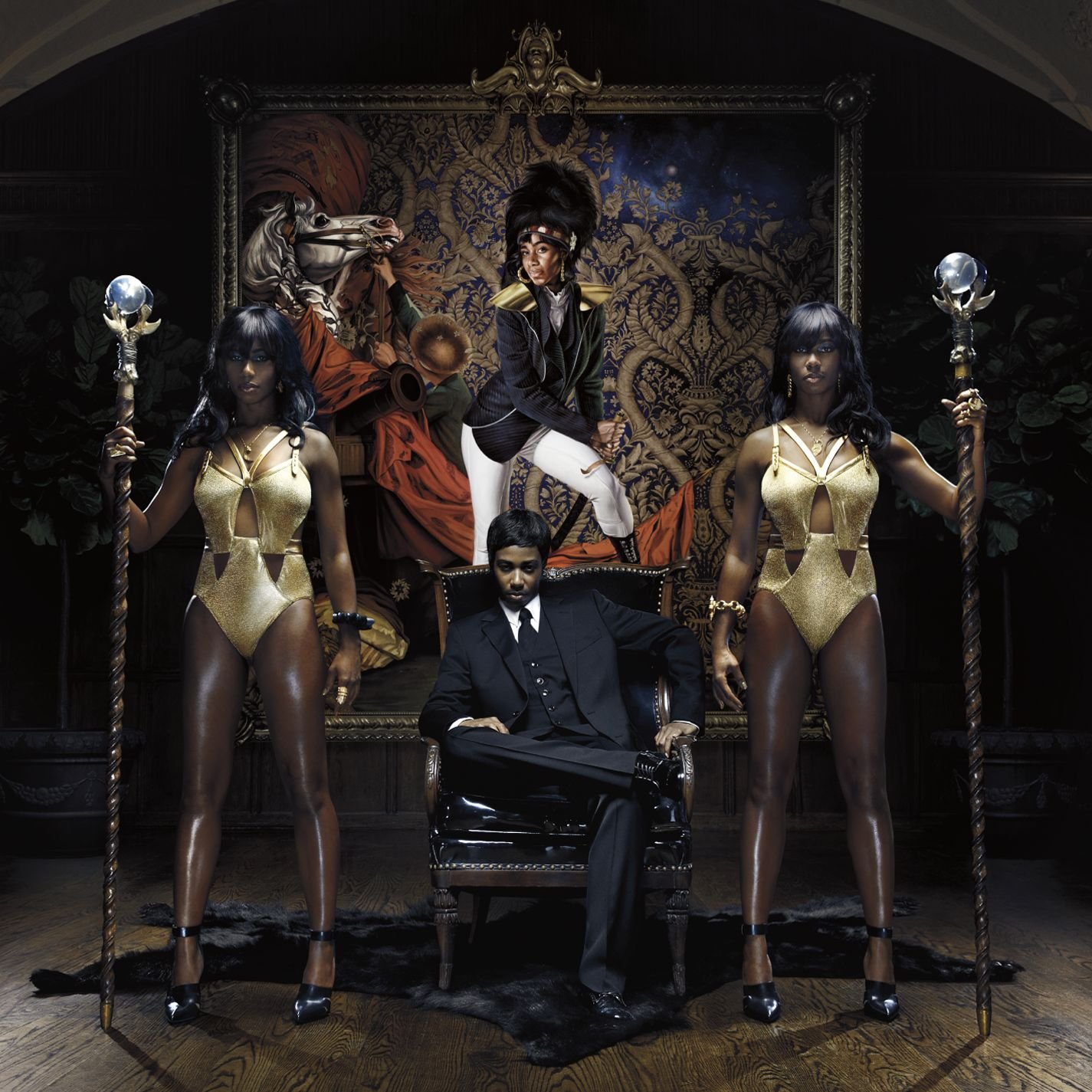 The caliber of the first two singles from Santigold’s Master of My Make-Believe have been as wildly varied as the semi-historical personas that dot the album’s cover. Over a year ago, unbeknownst album opener “GO!” arrived out of nowhere with a mysterious blend of horror-movie howls and double-time beats and a muddy Karen O interlude—a reminder of Santigold’s art-pop capabilities. Then “Big Mouth” touched down earlier this year in tandem with a bizarre, low-budget video, and as Matthew Cole noted, the track’s derivative reggae-fusion swagger seemed to indicate that producer Switch had lazily recycled the sounds of Major Lazer, his collaboration with Diplo. In the runup to the album’s release, the question remained as to where exactly the rest of Master of My Make-Believe would fall on the “GO!”-“Big Mouth” spectrum.

It turns out that the album’s content is as patchwork as its artwork. The cover finds Santigold playing multiple characters: a formulaic Don, a Napoleon-esque conquerer immortalized on canvas, and a pair of scepter-wielding female bodyguards, and the music therein is likewise schizophrenic. Noisy and buzzing one moment, quiet and minimalist the next, Master of My Make-Believe spans pop, rock, indie, rap, and worldbeat in an exhilirating, if dizzying, tour of its ringmaster’s ecclecticism. The songs are untethered to any thematic or conceptual whole, allowing the always-playful Santigold to do what she does best: experiment.

The inclusion of indie rockers like TV on the Radio’s David Sitek and the Yeah Yeah Yeahs’ Nick Zinner to the album’s stable of collaborators provides a welcome counterbalance to Switch and Diplo’s dancehall/dub sensibility. In fact, Sitek and Zinner’s names are all over the album’s best tracks, including the pulsing “This Isn’t Our Parade” and ballad “The Riot’s Gone.” Elsewhere, Santigold burnishes her new-wave diva credentials, first with low, oily moans on “Disparate Youth,” then with cold ambition on the purposeful, riccocheting “God from the Machine.” The dub fun flares up again on tracks like “Freak Like Me” and “Look at These Hoes,” the latter propelled by a growling low-end and Santi’s perfectly timed proclamation that she’s a “killah.”

At its core, Master of My Make-Believe is very much a product of the moment, its tracks born of a Tumblr-ized Internet age where music is meant to be listened to in SoundCloud slices. Like a Pinterester, Santigold throws up ideas, some borrowed and some her own, united only by the sense of pugnacious fun she displayed throughout 2008’s Santogold. Such a disjointed approach might prove fatal for most artists, but Santigold’s trademark irreverence and penchant for high-energy anthems delivers her sophomore effort from the potential downfalls of miscellany. The album is akin to My Beautiful Dark Twisted Fantasy in that it’s packed to the brim with celebrity pathos, black humor, and fearless, genre-defying exercises. Santigold may not possess Kanye’s megalomaniacal charisma, but she’s just as much of a pop-music savant.