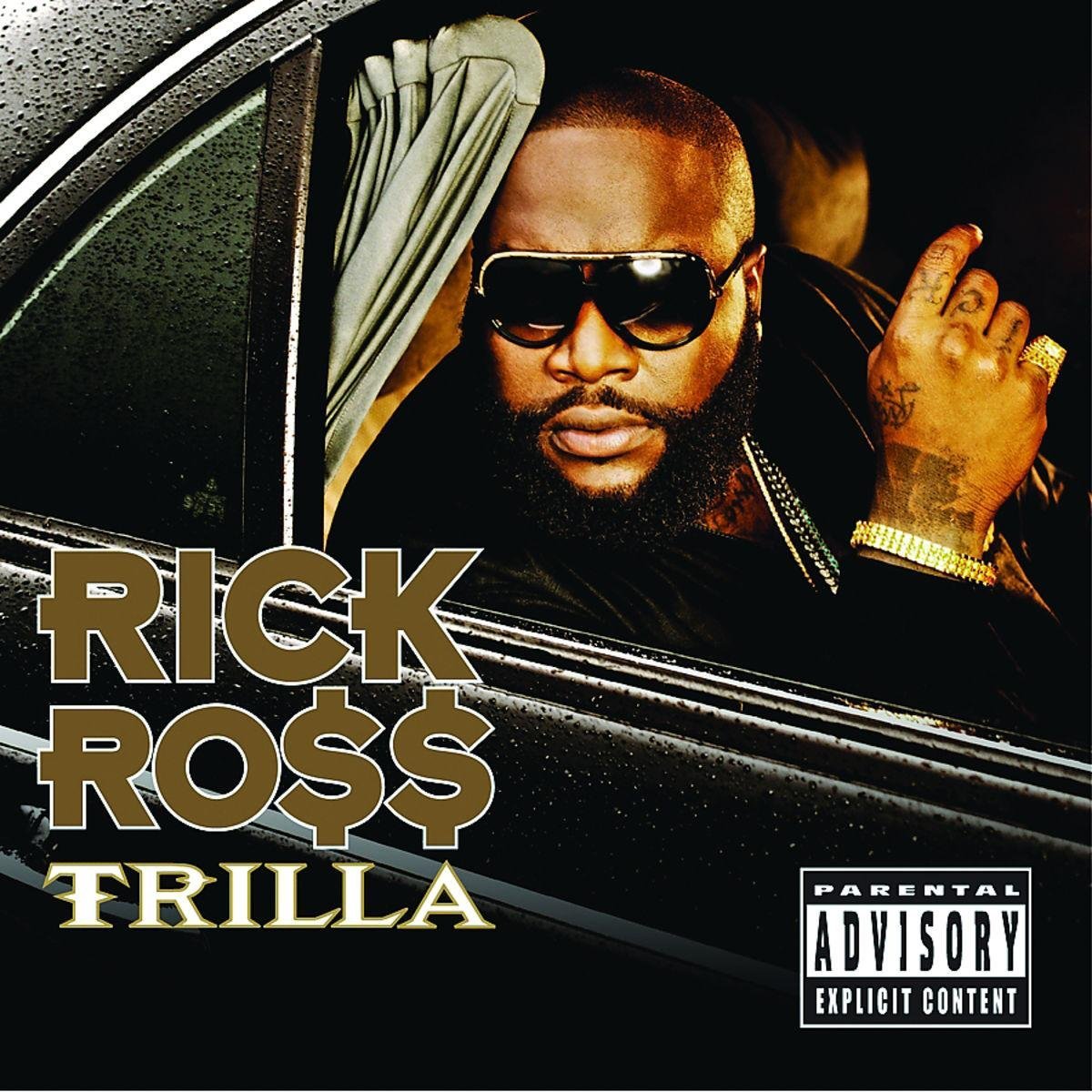 Once again, Rick Ross has made it easy for us to imagine what a rap album by Suge Knight would sound like. Like the former bodyguard-turned-label-head-turned-jailbird before him, Ross the big-bellied hustler seems to have reached the heights of hip-hop success with a combination of overbearing physical presence, business acumen, and an unwavering devotion to bringing home more bank. If only Ross had invested in some talent along the way, Trilla’s production, like the equally opulent style of 2006’s Port of Miami, wouldn’t seem like such a waste.

Ross gobbles up the well-formed beats featured here the same way he might cram a handful of truffles down his gullet—with neither relish nor style, chewing them up only to shit them out. If Ross spouts myriad clunkers, his cadence is at least smooth and his voice cushiony, and so if it’s possible to ignore the rapper and focus on the production, Trilla becomes an enjoyable listen. Think of the album as a party featuring some of current hip-hop’s best producers and rappers, and putting up with Ross equals the cost of the invitation.

One of the standouts on Port of Miami was the Journey-flipping “Boss,” and Ross returns to the title (it is probably not necessary to note that “boss” is his absolute favorite word) for the T Pain-graced “The Boss,” unquestionably the album’s centerpiece, a synth-drenched epic full of cinematic flourishes. “We Shinin’” is a boilerplate ‘70s-sample joint aping the Kanye of two years ago, and yet it still stirs despite Ross’s uneasy verbalisms (“Thinking about my bitch Candice/Candice was oh so romantic”). One could only imagine how truly triumphant the track could be were it helmed by Jeezy or Weezy.

Mannie Fresh turns up on “All I Have in This World,” bringing with him an unexpected yearning for late-‘90s Cash Money. The only obvious misstep is “Here I Am,” unapologetic for-the-ladies cheese briefly made entertaining by an appearance by the further plummeting Nelly, who has sounded steadily worse in every guest spot since “Grillz.” The best moments vocally come from two of rap’s largest talents: Jay-Z spits the album’s best verse on “Maybach Music” (“True story: My closet is like two stories”) and Lil Wayne thrills with his trademarked throaty exuberance on the chorus of “Luxury Tax.” It’s too late for Ross to become even a decent rapper, but if he can continue to cobble together coalitions similar to the talented team behind Trilla, a Suge-like downfall remains at bay.