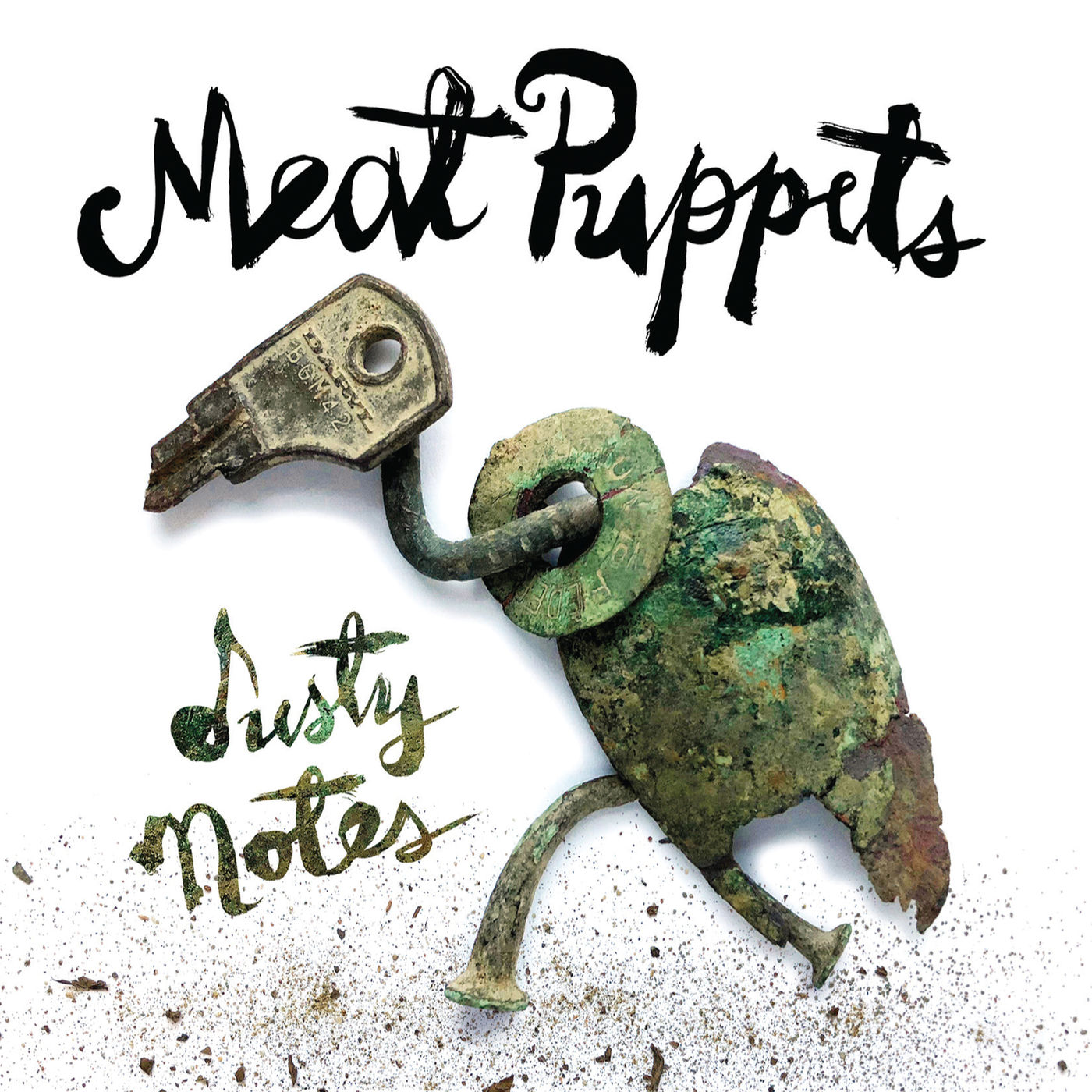 The Meat Puppets have gone on hiatus and subsequently reunited at least four times now, rivaling any cash-grabbing classic-rock dinosaurs still out there in their ability to put boomer butts in arena seats. With the possible exception of guitarist Curt Kirkwood’s short-lived, Y2K-era solo project, it’s not as though the post-prime iterations of the Meat Puppets have been especially unwelcome. But their 15th studio album, Dusty Notes, marks the first such reunion that feels truly consequential, thanks to original drummer Derrick Bostrom returning to the fold for the first time since 1995’s No Joke!

Anyone who might want to trace a direct lineage between the new album and alt-rock classics like Meat Puppets II, and who hasn’t kept up with the band since they broke up for the first time, will of course notice the audible effects of the intervening 35 years: Curt and brother Cris’s low, calm voices; the slower tempos; the preponderance of acoustic guitars, often in place of fuzzy electric ones. One might also wonder if the band took the wrong lessons from Meat Puppets II’s acclaim. The idea of three former hardcore punks with acid-blasted brains playing a twisted psychedelic version of country and Americana music was novel and fascinating in 1984 and remained so 10 years later when Kurt Cobain invited them on stage to play during Nirvana’s MTV Unplugged. Remove the acid and hardcore, however, and you just get middle-aged Arizonians playing straightforward country music, like Dusty Notes’s pointlessly faithful cover of the Don Gibson standard “Sea of Heartbreak.”

Fortunately, though an old-school country aesthetic defines the album—the banjo picking on “Nine Pins,” the sweet hillbilly harmonies on “Outflow”—Curt’s irrepressible songwriting quirks make the rest of Dusty Notes anything but formulaic. The post-Bostrom Meat Puppets have often veered much closer to modern alt-country than the hardcore of their early days, and Dusty Notes is no exception; in fact, it might be the mellowest of their albums to date.

With key assistance from keyboardist Ron Stabinsky, Curt turns what are at first blush prototypical country strummers into weird, melodic concoctions. Stabinsky’s contributions—circus organ on “Nine Pins,” Mariachi-like synths on the title track—often leap out immediately from the mix. But it’s Curt’s songwriting that makes those same songs stick in the brain, from the demented polka groove of “Warranty” to the sunny Tex-Mex hooks and characteristic stoner turns of phrase on the title track.

If anything is missing from Dusty Notes, it’s certainly not hard-rock dalliances. Besides, with both Stabinsky and second guitarist Elmo Kirkwood—Curt’s son—abetting the original trio, the album features a fuller, richer sonic character than any of the band’s early albums ever managed. Rather, there’s not enough of Curt’s guitar playing. His inimitable jangle riffs from the ‘80s and fuzzed-out, spacey heroics from later years are both in short supply, which does render Dusty Notes more conventional-sounding than most Meat Puppets albums.

It’s unlikely anyone predicted that a 2019 Meat Puppets album would feature a return to the blown-out arena-metal of 1989’s Monster, but that’s exactly what we get with “Vampyr’s Winged Fantasy,” complete with Dungeon Master-friendly verses like “Your chariot of protons/Slices through the gloom/Drawn by a pharaoh/Risen from the tomb.” It’s fun, but once the novelty and nostalgia wear off, it doesn’t leave as much of an impression as the songs here that don’t quite sound like anything the band has done before, like “Unfrozen Memory,” a dramatic slow-burner that melds distorted guitar with Stabinsky’s expert, baroque-style harpsichord, or “The Great Awakening,” on which silky, entrancing acoustic arpeggios drift into a tough, bluesy chorus and come back again like you’re falling in and out of a dream.

These particular songs exemplify what the Meat Puppets, at their best, have always been about. Not their singing or their playing or their lyrics, which were all often utterly incoherent even at the band’s peak. It’s their ability to evoke emotional states—some precious feeling half-remembered from childhood, or perhaps a really good acid trip—that has allowed their music to remain so resilient for almost 40 years.