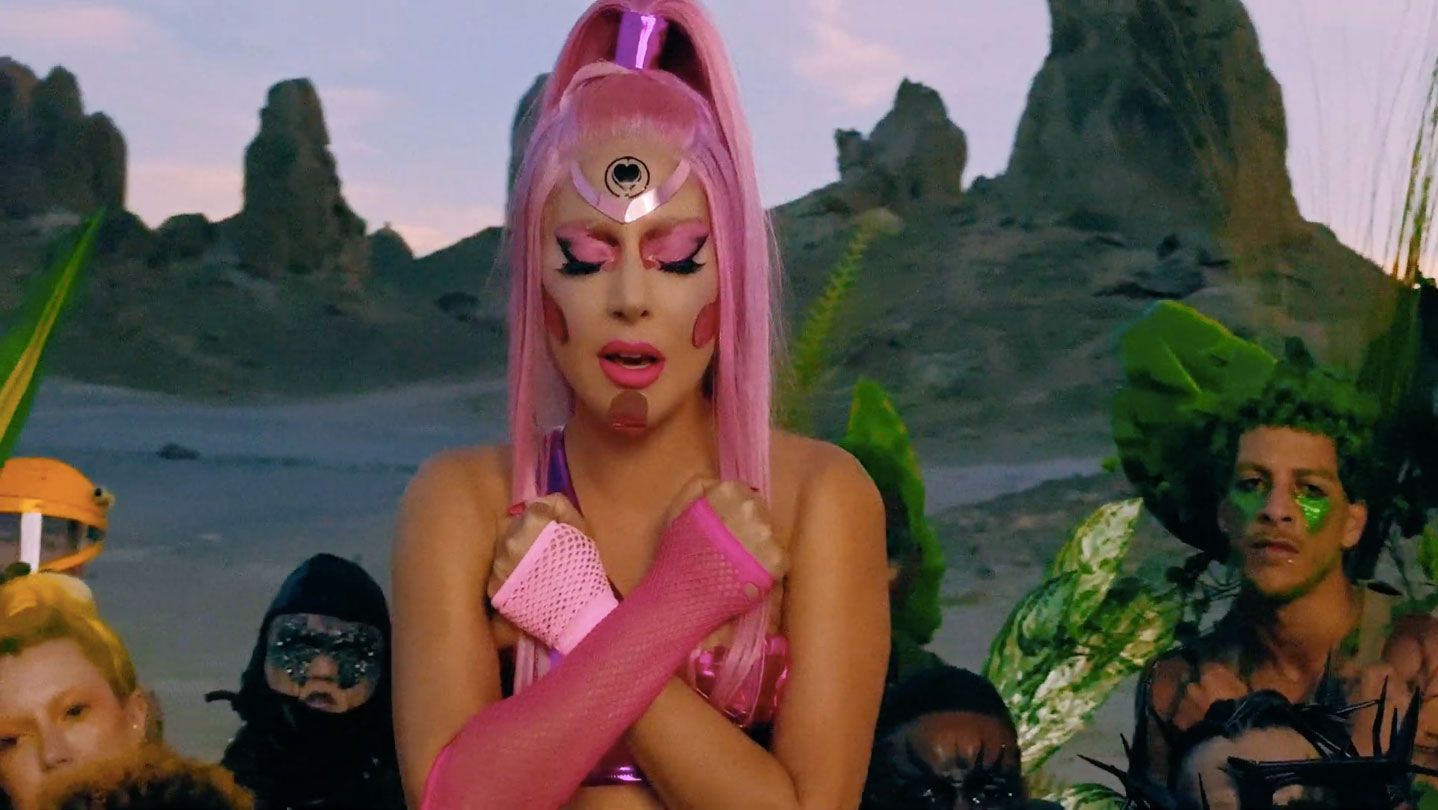 After Lady Gaga’s new single, “Stupid Love,” unexpectedly leaked online last month, many of the singer’s not-so-little-anymore monsters were quick to take to Twitter and dismiss the rather unremarkable dance-pop tune as a demo or outtake from a previous era. It seems that was wishful thinking. Officially released today, the lead single from the pop singer’s first studio album of original material in four years, is a catchy but uninventive slice of electro-pop driven by a synth bassline reminiscent of the singer’s since-deleted rape fantasy with R. Kelly, “Do What U Want.”

“Freak out, freak out, freak out, freak out, look at me now,” the Muppets Most Wanted actress croons atop a midtempo dance beat, courtesy of producers Bloodpop and Tchami. The track’s other elements—from Gaga’s faux-operatic vocals to the song’s diced-up hook—fail to spark much joy. If it had been released on the heels of 2013’s garish Artpop, “Stupid Love” might feel merely repetitive, but following a series of ostensibly more “mature” albums—the jazz collection Cheek to Cheek, the roots-inflected Joanne, and the soundtrack to A Star Is Born—it’s downright regressive.

The rumored title of Gaga’s sixth album, Chromatica, presumably refers to both the chromatic musical scale and the color wheel one learns about on the first day of art class, and the music video for “Stupid Love” likewise trades in simplistic themes and visuals. Shot on an iPhone by director Daniel Askill, the choreography-heavy clip stars Gaga—who dons various fuschia-colored costumes and plastic face jewels that are less Björk than Party City—as the hearing-impaired leader of a group of “Kindness punks” who implore various warring, color-coded tribes to choose love.

It’s about as corny as it sounds and lacks the (comparatively) sophisticated mythology or narrative of videos like 2011’s “Born This Way.” Even when Gaga’s early videos felt derivative or the concepts slipshod, there was at least a sense of an artist tapping into, and sometimes even defining, the zeitgeist. “Stupid Love” feels like the product of a full-grown performer trying to appeal to a fanbase she apparently believes is still composed of adolescent misfits.

Jessie Ware Returns to the “Spotlight” with New Single and Album