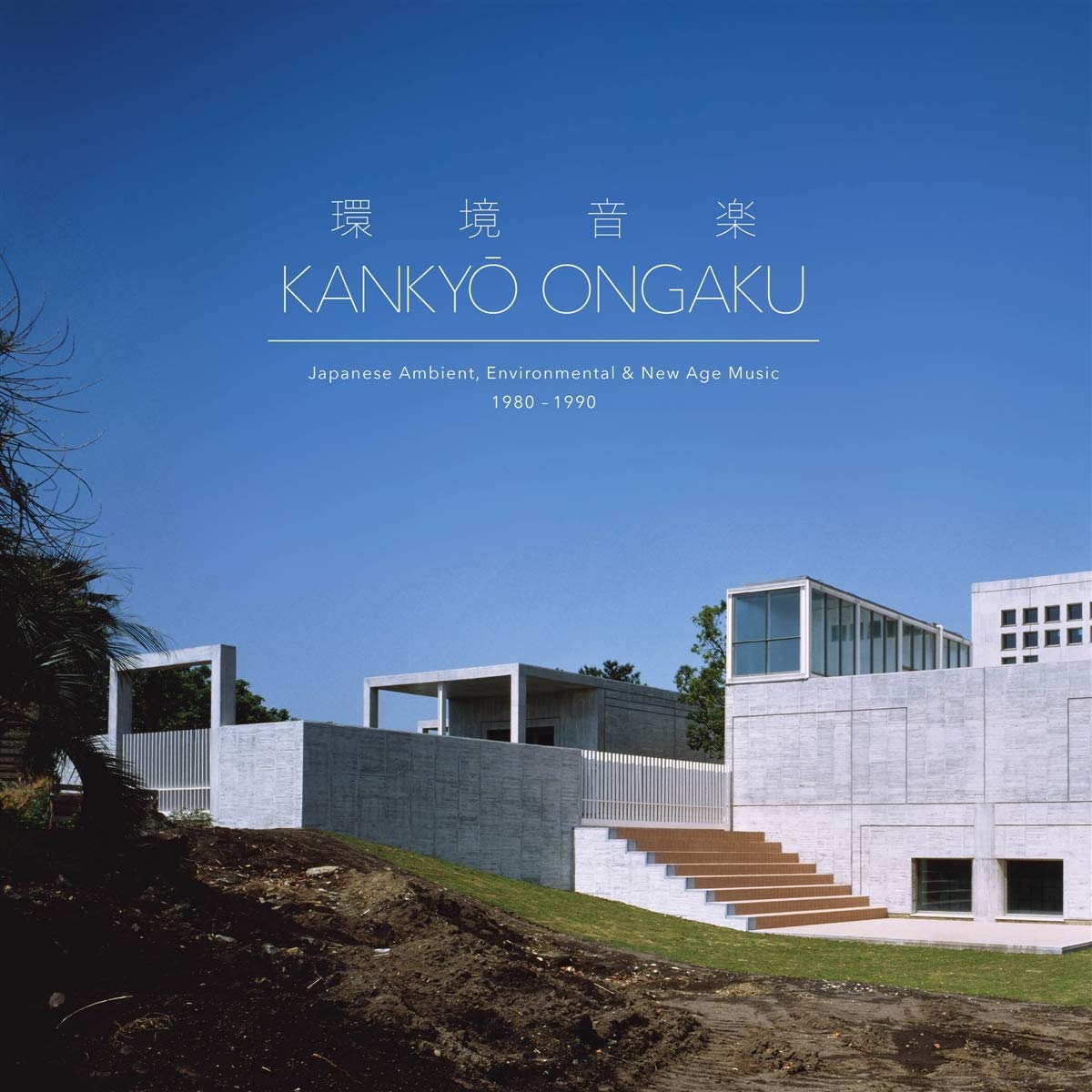 Having already worked to rehabilitate new age music with compilations of North American and European ambient tracks, boutique record label Light in the Attic turns its sights to the Far East with Kankyō Ongaku: Japanese Ambient, Environmental & New Age Music 1980-1990. Compiled by Spencer Doran, whose mixtapes helped to bring this Japanese “environmental music” to the West, the album collects ambient music crafted expressly to fit and reflect spaces both natural and manmade. Using music to capture the natural splendor of Japan is nothing new in the nation’s history, and tracks like Takashi Toyoda’s “Snow,” with its elegant loops of dripping synths and whirring pulses, update the tradition of composing for specific locations with emergent technology.

Yet, it’s in the composition of music for urban areas that Japan truly set itself apart in the early days of ambient music, and this is the dominant focus of Kankyō Ongaku. A reaction to the country’s rapid urban development and concentrated population density, the music here manages to soothe while also giving an impression of the buildings that inspired it. “Blink,” one of the pieces Hiroshi Yoshimura composed for the Hara Museum of Contemporary Art, starts as plinking lobby muzak before its chirps of noise begin to duplicate and diverge, complicating the arrangement even as it remains tranquil and inviting. Curiously, several tracks are the result of corporate patronage as companies enjoying the rapid expansion of Japan’s 1980s economic boom commissioned composers to create music for their products. Yasuaki Shimizu’s “Seiko 3” was used for a watch advertisement, its kaleidoscopic shimmer a bold attempt to capture the circular motions of time embodied by a portable watch.

Some of the artists featured on Kankyō Ongaku are central figures of contemporary Japanese music. Composer extraordinaire (and regular Hayao Miyazaki collaborator) Joe Hisaishi contributes “Islander,” which introduces a wafting synthesizer riff that’s gradually fleshed out into an almost psychedelic swirl of noise as looping, Philip Glass-esque organs build around the skeletal outline. The track’s dizzying complexity stretches the boundaries of ambient even as the music maintains its sense of relaxing bliss. Elsewhere, Ryuichi Sakamoto and Haruomi Hosono contribute the lyrics to Yellow Magic Orchestra’s moaning “Loom,” which recasts the THX speaker test as background music, and each musician provides a solo work to the compilation: Sakamoto’s vinyl-only cut “Dolphins,” which eerily prefigures the sound on Panda Bear’s aqueous Buoys, and Hosono’s “Original BGM,” 16-minute wash of bleary tone clusters that was written for use in Muji department stores.

Muzak and new age’s reputations for bland, formless schmaltz aren’t unearned, but even amid the more stereotypically ambient tracks on Kankyō Ongaku, the bright synths and tonal pulses never blur together into a homogenous collection of sounds, revealing the innovation behind the music here. Some tracks even anticipate ambitious strides that Japanese composers would make in the realm of early video game music. The shimmering busyness of Inoyama Land’s “Apple Star,” for example, sounds like start-screen music for a Sega platformer, while the rich overlap of mallet percussion, chimes, and digital embellishment on Yoshiaki Ochi’s “Ear Dreamin’” could easily fit on the soundtrack to a 16-bit JRPG like Chrono Trigger.

Above all, Kankyō Ongaku presents music in architectural and civil engineering terms, suggesting that compositions can take on structural forms and even offer a means of understanding and navigating urban growth. As cities grow ever denser and climate change necessitates a critical rethinking of environmental impact and the possibility of reintegrating human spaces with nature, art can likewise change to reflect this new state of being. By showcasing an artistic fusion of the tranquil with the bustling, the primal with the technologically advanced, the compilation shows how much work has already been done to find ways of summarizing and celebrating the potential of this new reality.