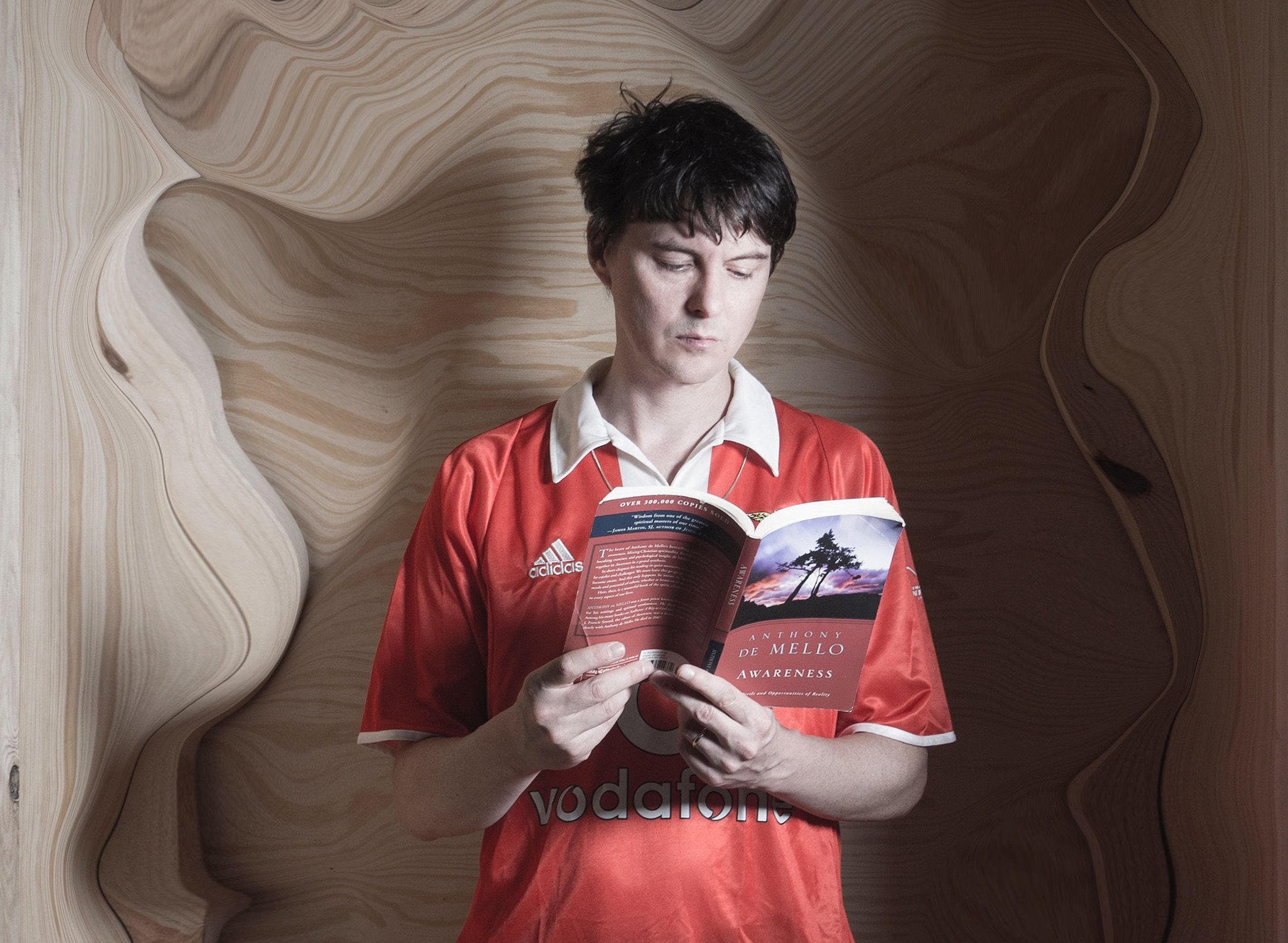 Noah Lennox’s music has always walked the line between the otherworldly and the familiar. The Animal Collective co-founder’s songs incorporate strange, unsettling noises—mechanistic rumblings, semi-humanoid grunts, alien-like murmurs—yet he sings with a studied, choirboy croon, one that exudes approachability and art-school sophistication. It’s this aesthetic that has endeared him to casual listeners and avant-rock diehards alike, and attracted marquee collaborators like Daft Punk, Dean Blunt, and Deerhunter’s Bradford Cox. On Buoys, his sixth album as Panda Bear, Lennox still fuses surf-pop with discordant sonic surrealism, but he’s also added hip-hop production to his repertoire, arriving at a sound that’s at once disarmingly offbeat and decidedly of the moment.

The album’s opening track, “Dolphin,” is a swirling psych-pop fantasia that bridges the gap between Brian Wilson and Aphex Twin with a medley of found sounds: an arcade game motif, droplets of water, a wave crashing onto sand. Then Lennox begins to sing, his lilting, reverb-soaked voice dwarfing everything around it. The melody, patient and foreboding, stops and starts in dramatic fashion; the final note of each phrase drifts away like a cloud passing over a barren landscape. The whole track has a kind of half-speed quality, as if Lennox has deliberately slowed it down in order to savor the anguish of his words. “I would always be/There when you need it,” he sings, offering comfort to a lover who left long ago.

Buoys also marks a stark shift away from the digital-first ethos of Lennox’s 2015 album, Panda Bear Meets the Grim Reaper. Though present, synthesizers take a back seat to the musician’s angelic wail and churning, acoustic guitar chords. Songs like “Cranked,” “I Know I Don’t Know,” and “Home Free” sound like stripped-down singer-songwriter jams that have been reworked after a few acid trips. Sonic bric-a-brac whirls around each track here: ray gun blasts on “Cranked,” distorted whistling on “I Know I Don’t Know,” a pitched-down whale call on “Home Free.” Yet, compositionally, they all have an understated simplicity. For all his experimental tendencies, Lennox is at his core an expert pop craftsman, someone who understands the power of melody and a well-placed turn of phrase.

Co-produced by Rusty Santos, who previously worked with Lennox on 2007’s Person Pitch, Buoys also takes a few pages from the contemporary hip-hop playbook, adding subwoofer-ready bass and boom-bap percussion to Lennox’s cerebral songscapes. Even Auto-Tune, hip-hop’s favorite plaything, is used to add texture to individual syllables, which, in turn, transforms Lennox’s complex melodies into vast, moving labyrinths. And, of course, it wouldn’t be a Panda Bear album without enormous quantities of reverb. Almost every single word on “Crescendo” seems to bounce around an isolated underground bunker. Meanwhile, on “Token,” Lennox’s voice grows so large and abstract that it melds into the track’s background: a morass of ambient textures, chiming guitars, and microscopic drum patters.

Buoys may not mark a major departure in Panda Bear’s sound, but it bristles with the creative energy of an artist confronting his deepest, most destructive demons. “Done complaining/Wanna sort out a life,” Lennox confesses on “Master,” a midtempo ballad steeped in regret and longing. “Why did I fly so high?,” he repeats on “Cranked,” as if looking back on his life from above and hating what he sees. It’s a lyric that could fit seamlessly into every song on the album. Throughout, Lennox seems to be trapped in a daydream of his own making—a distant corner of his imagination where creativity abounds but pain is omnipresent.

Review: Ariana Grande Embraces Her Flaws on Thank U, Next