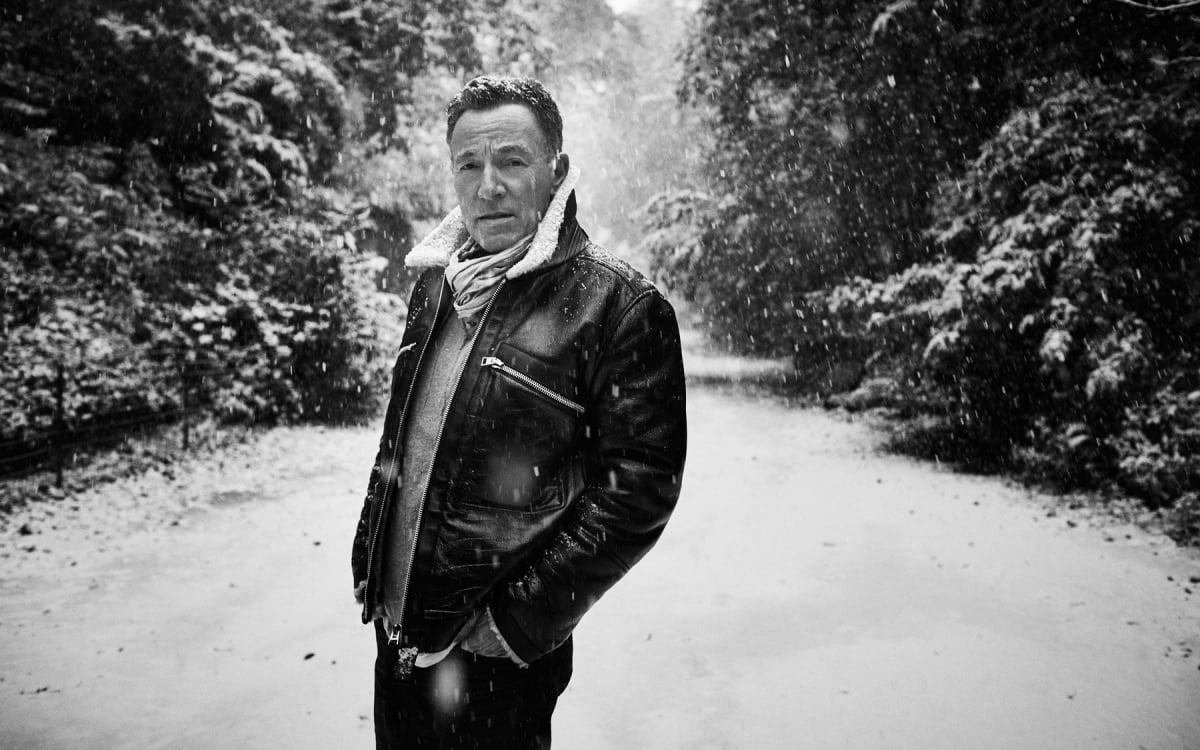 Celebrated memoirist Bruce Springsteen’s latest nostalgia trick: reconvening a little rock n’ roll group he used to play with called the E Street Band. Letter to You isn’t exactly classic Springsteen, and it isn’t even the best studio album he’s made in the last decade—though I know most don’t share my affinity for 2012’s Wrecking Ball. But it may be the first album he’s made since Born in the U.S.A. on which he’s fully embraced the E Street Band’s signature sound for longer than a few intermittent stretches at a time.

Recorded live in the studio, sans overdubs, over just a few days in late 2019, Letter to You has all the familiar hallmarks of the iconic E Street Band’s signature sound: Roy Bittan’s roaming piano, bombastic shout-along choruses, creaky harmonies from Patti Scialfa and Steven Van Zandt, and gut-busting sax solos (Jake Clemons fills in ably for his late uncle, Clarence). Springsteen deserves credit for resisting the crowd-pleasing tug of this kind of album for so long that it feels like a warm homecoming rather than a retread.

It’s only when Springsteen leans on the nostalgia with explicitly backward-facing lyrics that the album gets a bit too self-aware. Springsteen has never made an album this personal, filled with paeans to felled bandmates, fans, and rose-colored memories of days and nights gone by. Both his recent autobiography, Born to Run, and his hit Broadway show have demonstrated that Springsteen in a self-reflective mode can be highly effective and deeply moving. Which is why some of the songs on Letter to You are disappointingly mushy by comparison. Album bookends “One Minute You’re Here” and “I’ll See You in My Dreams” are cliché-ridden ruminations on life’s impermanence, while songs like “House of a Thousand Guitars” are packed with smug self-mythologizing about the life-changing majesty of rock n’ roll.

On the rousing “Ghosts,” the E Street Band’s thunderous power does far more to convince of the transcendent nature of their music than Springsteen’s lyrics—penned for the late George Theiss, the singer in his first band, the Castilles. All slashing guitars and shouted-to-the-rafters refrains, the song has all the makings of a classic E Street anthem. Even if Springsteen has employed them sparingly in the studio in recent years, the band remains a tight outfit from frequent touring. Max Weinberg in particular continues to be a force behind the drum kit, and he’s the focal point of the lilting title track. Springsteen himself turns back the clock with a howling vocal and searing guitar solos on the propulsive “Burnin’ Train,” which could easily pass for an outtake from Darkness on the Edge of Town or The River.

Barnburning new recordings of a trio of songs that Springsteen wrote in the early 1970s, before the formation of the E Street Band in 1972, provide Letter to You’s most fascinating links to the past. With their epic multi-verse structures, Old West imagery, and country-rock inflections, “Janey Needs a Shooter,” “If I Was the Priest,” and “Song for Orphans” join “Ballad of Jesse James”—a similar 1972 outtake released on the 2016 compilation Chapter and Verse—in providing an intriguing window into an alternate history. In this timeline, Springsteen never gravitated toward the rock n’ roll soul-circus style of the E Street Band and instead leaned hard into the “New Dylan” hype that surrounded him at the time.

It’s no surprise that the guy who wrote the songs featured on Letter to You became one of rock’s most celebrated storytellers once he discovered his own individual voice. That guy is also fortunate to have found his ideal compatriots. Whether playing 50-year-old songs or brand new ones, the E Street Band proves that when they’re in their element—as they are on this album—they can elevate the Boss to his best.

Review: The Mountain Goats’s Getting Into Knives Is Overproduced and Under-Thought