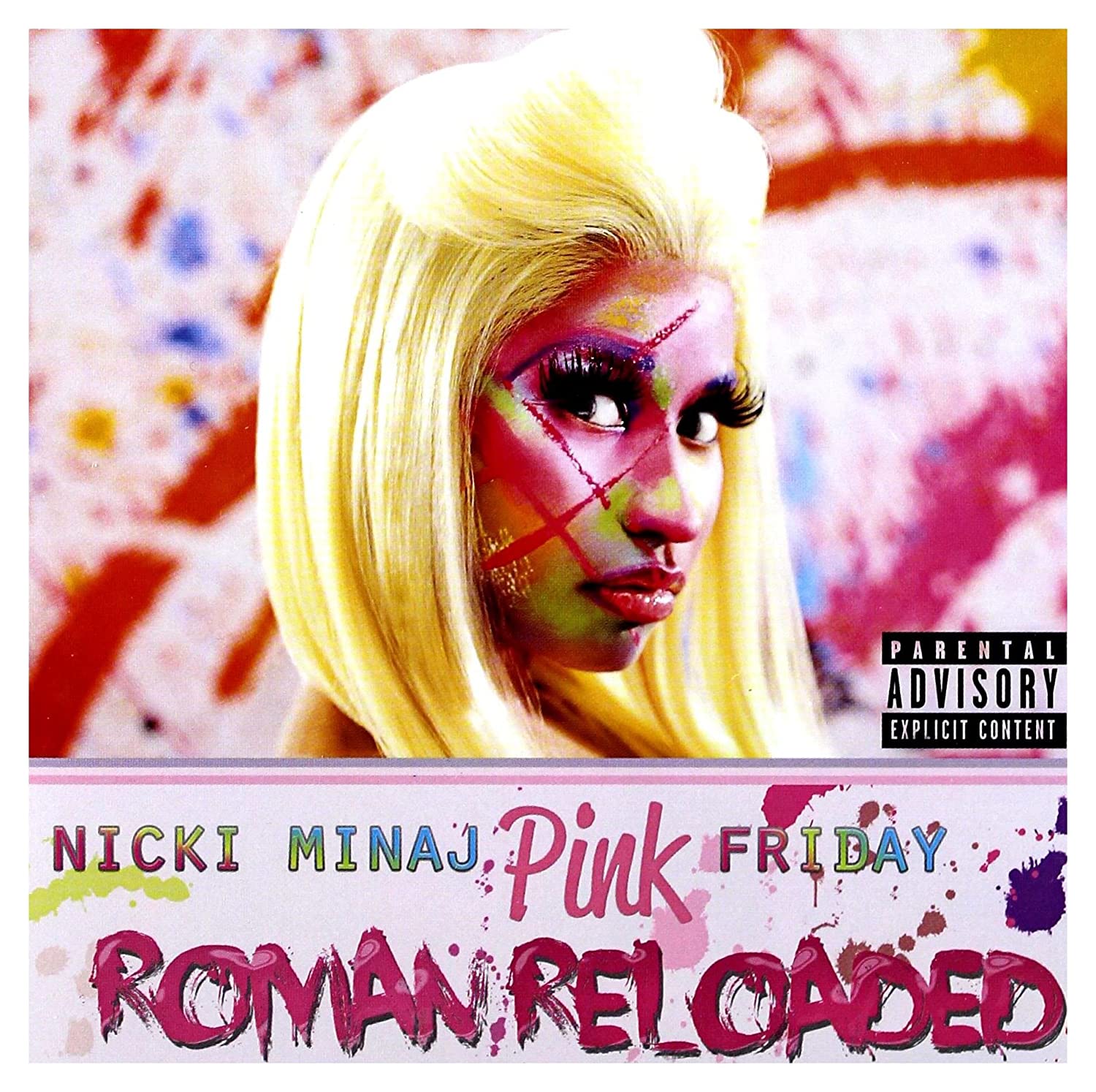 One of Nicki Minaj’s many gimmicks is that she has multiple personalities, and if it wasn’t true before she made the jump from mixtape scene-stealer to unlikely Top 40 staple, then it probably became true around the time she showed up on The Ellen DeGeneres Show to reenact a YouTube performance of “Super Bass” with two fans, aged five and eight. Personally, I like the idea of an America where it’s considered boring when adorable British girls are flown in to hang out with lesbian talk show hosts and multiracial female rappers, but for Minaj that was indeed the moment where she seemed closest to the PG standards of mega-star innocuousness. That must’ve been confusing for a woman whose rap-radio single at the time was “Did It on ‘Em,” where she rides a nasty beat and talks about shitting on her competitors, who would perform at the Grammy Awards a few months later and piss off the Catholic League by staging an exorcism, proving, as though the mutually plagiaristic Madonna-Gaga organism hadn’t, that humping any arbitrarily chosen piece of Catholic iconography is still the safest bet for scandal on demand, and then on American Idol shortly afterward, ready to make like Katy Perry for a crowd mostly comprised of tweens and their parents.

It’s no wonder, then, that Pink Friday: Roman Reloaded starts with Minaj acting out a literal identity crisis on “Roman Holiday,” reintroducing us to Roman Zolanski, her psychotic male alter ego. The whole idea of Roman being a separate character who occasionally fights his way into command of Minaj is one that’s been realized inconsistently so far, and it’s hard to tell if there’s supposed to be a specific voice corresponding to Roman or if he’s embodied more abstractly in the attitude of Minaj’s tougher-sounding rap numbers. Either way, I think that Slant’s own Jesse Cataldo nailed it in his review of Minaj’s Pink Friday when he observed that the Roman persona never actually scans as one among a Sybil-like legion. Minaj is either exceling in her niche—which is dishing out vulgar, violent trash-talk with all the manic vocal contortions we’ve come to expect—or she’s doing something far less interesting. That seemed less obviously true after “Super Bass” showed just how good Minaj could make bubblegum rap sound, but Roman Reloaded more than makes the case that “Super Bass” was a fluke and that Minaj’s potential as a crossover artist is negligible.

The three tracks following “Roman Holiday” are “Roman” songs—i.e., hard, confrontational rap songs with guests like Cam’ron and Rick Ross. And they’re brilliant. “Come on a Cone” has her rhyming over a snarling knot of synths that sounds like a swarm of bees, and includes breaks for Minaj to do her best approximation of a pop-diva vocal while she coos about putting her dick in your face. It’s one of the most hilarious and genuinely unexpected moments I’ve heard from a rapper not named Missy Elliott. It’s followed by “I Am Your Leader” and “Beez in the Trap,” two excellent tracks which manage to sound both bubbly and heavy as Minaj delivers her most effortlessly entertaining shit-talk to date.

The remaining 53 minutes of Roman Reloaded are a disaster, so much so that I could fill the rest of this review with a non-exhaustive list of the most embarrassing missteps. The album is partitioned almost exactly between a rap half and a pop half; the former is unquestionably stronger, but after “Beez in the Trap,” it limps off to its own disheartening conclusion. “Champion” finds Minaj, Drake, Nas, and Young Jeezy incapable of landing a solid verse between them, and “Sex in the Lounge,” with Lil Wayne and Bobby V, is an R&B seduction so tepid that it verges on parody. After the first 59 seconds, Minaj vanishes altogether so that Bobby V can sing about treating a girl (presumably Minaj) to “sex in the lounge,” which must be a close second to sex in the bedroom on the list of wholly ordinary places for lovemaking.

If Roman Reloaded ended there it would just be a disappointing album, but tacked on to this mediocre rap album is a ghastly and desperate bid for a hit single that sees Minaj and producer RedOne snatching items from a veritable sale rack of tired Top 40 tricks and tossing them hastily over the most basic synth and drum-machine presets. “Starships” and the three functionally interchangeable tracks that follow are retro-techno-pop earsores comprised of indiscriminately arranged bits of LMFAO’s “I’m Sexy and I Know It,” Rihanna’s “We Found Love,” and pretty much any recent Britney Spears or Katy Perry song you can name. Minaj isn’t much of a singer, and not much of a lyricist either. For the chorus to her self-affirmation anthem, Minaj shouts “Starships were meant to fly!,” echoing “Baby, you’re a firework!” for its uncomprehending intuition that if something is in the sky then it must also be inspiring, while her repeated exhortation on “Pound the Alarm” to get things “hotter and hotter and sexy and hotter” is about as weak as club-jam come-ons get. On a Madonna-by-way-of-Gaga knock-off called “Beautiful Sinner,” Minaj fumbles around making vapid sex-as-religion metaphors that are insightful about neither topic, though her ambitious choice of role models ensures that the song is better than “Marilyn Monroe,” which sounds like it was written for Demi Lovato, or “Young Forever,” which sounds, inexplicably, exactly like the Ready Set’s mediocre hit “Love Like Woe.”

Some of these songs just sound cheap and rushed in the way that major-label filler typically does, but “Beautiful Sinner” and “Marilyn Monroe,” being such dimly apprehended approximations of the cultural references currently in vogue, suggest that the prospects for Minaj’s pop career are already terminal. In their attempt to rush out a “Super Bass” follow-up, Minaj’s producers have cynically wrung her for every dopey could-be-hit she’s good for, determined to squeeze as much chart mileage as they can from a performer who brings nothing of value to the table where making chart-pop is concerned. Though you could call Roman Reloaded schizophrenic, the better word would be noncommittal. Most of the songs are just too generic and referential to read as an extension of anyone’s ego, alter or otherwise. Minaj seems to think that when she writes and performs a pop song, she has to exclude the warped humor and aggression of her rapping, but how much more interesting would it be to hear her (as Roman, or whatever) tear through a catalogue of recent pop clichés with as much intention to mock as to imitate? When she isn’t rapping, Minaj conveys no personality, not many, and her obsession with Barbie dolls and Disney princesses starts to look like a disappointingly accurate hunch about the extent of her own agency in the music industry.

Review: Miike Snow, Happy to You