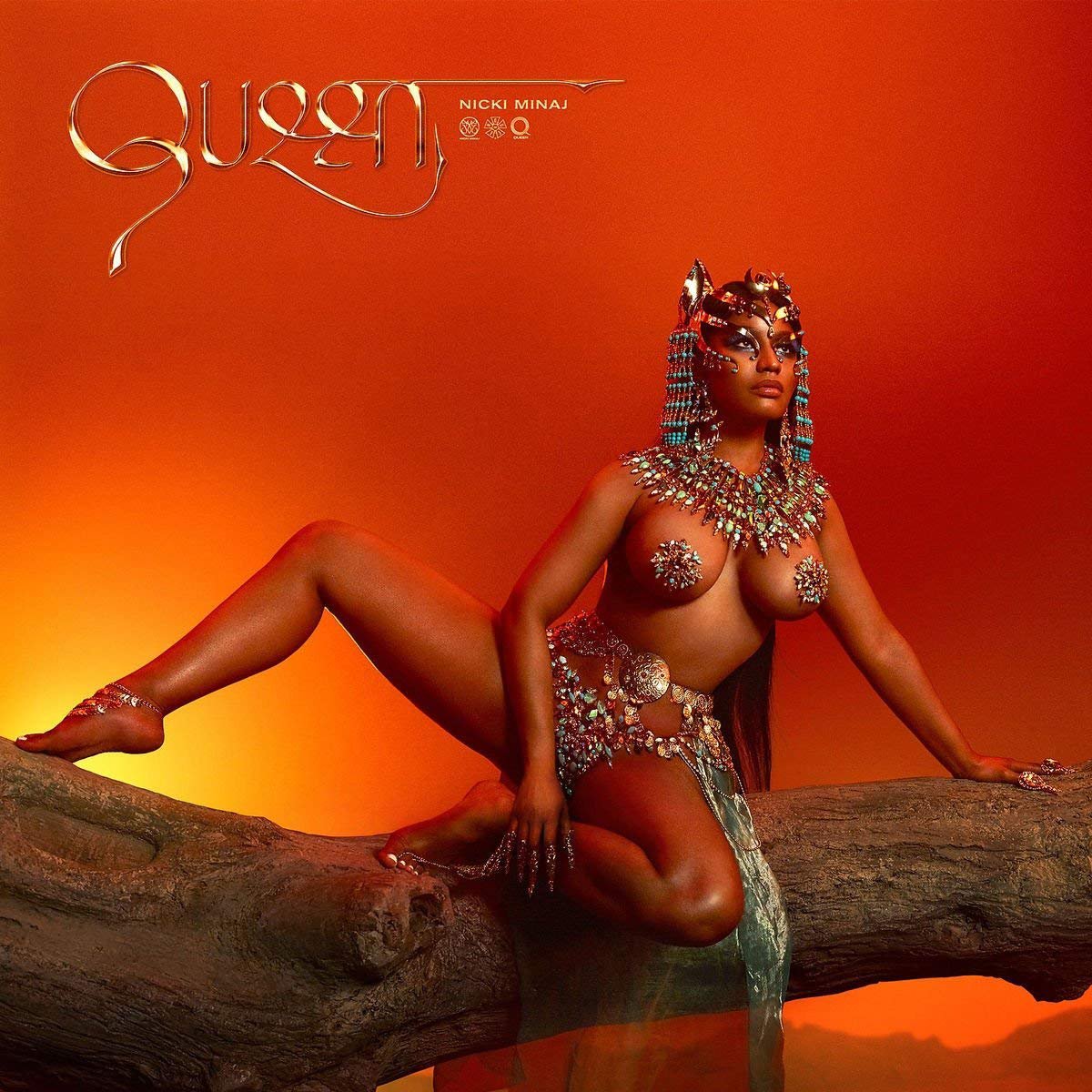 Nicki Minaj has something to prove. Widely feted after the release of her 2009 mixtape Beam Me Up Scotty, she’s since achieved massive commercial success at the expense of flagging critical enthusiasm. Now, with her fourth studio album, Queen, she attempts to stake a claim for her lasting legacy.

Following the lead of the tepid “buzz” single “Barbie Tings,” Minaj spends much of Queen defending her throne from alleged pretenders: “Can’t post on Nicki block unless you sellin’ Nicki crack,” she raps on “Majesty,” just one of many shots she takes in this vein. As if to underscore the difference between herself and these unnamed imitators, Minaj also brings in a handful of credibility-bolstering guest stars. On the menacing “Coco Chanel,” she links up with Foxy Brown—a show of elder-stateswoman solidarity that feels particularly calculated in the wake of her recent feud with Remy Ma. On “Majesty,” Eminem name-drops OGs like Slick Rick, Souls of Mischief, and Q-Tip, implicitly placing himself and Minaj in that same lineage.

Minaj is obviously capable of backing up all the posturing. The politically incorrect, frequently hilarious “Barbie Dreams” is the Trinidadian-American rapper at her best: a fair-play reversal of the gross gender politics of the Notorious B.I.G.’s “Just Playing (Dreams)” that imagines a murderer’s row of rappers and athletes in compromising positions. It’s also arguably the album’s canniest legacy-building move: Rather than engaging in squabbles and back-biting with other female MCs, Minaj implicitly places herself in the same league as one of the most prestigious male ones.

But Queen also finds Minaj falling back on some frustratingly familiar shortcomings. The album loses its momentum whenever it aims for the pop charts, first with guest singers Ariana Grande on “Bed” and the Weeknd on “Thought I Knew You,” then later on solo features “Nip Tuck” and “Come See About Me,” a pair of syrupy breakup songs that retread “Pills n Potions,” from 2014’s The Pinkprint, with diminishing returns. Minaj is a capable enough singer, but it’s sort of like watching Michael Jordan play baseball.

Indeed, Queen tries so hard to impress everyone that it risks failing to satisfy anyone. Aside from a few moments of levity—the whip-smart takedowns of “Barbie Dreams,” Minaj’s demented cackle at the end of “Chun Swae”—much of the album feels turgid and dour, the work of a virtuoso amply demonstrating her skill but forgetting to have any fun in the process. There’s nothing here with the sheer personality of “Anaconda” or “Beez in the Trap,” much less Minaj’s justifiably esteemed verse on Kanye West’s “Monster.” The irony at the heart of Queen’s thirst for approval is that the rapper actually doesn’t have anything to prove, because her past work speaks for itself.

Review: Mitski, Be the Cowboy