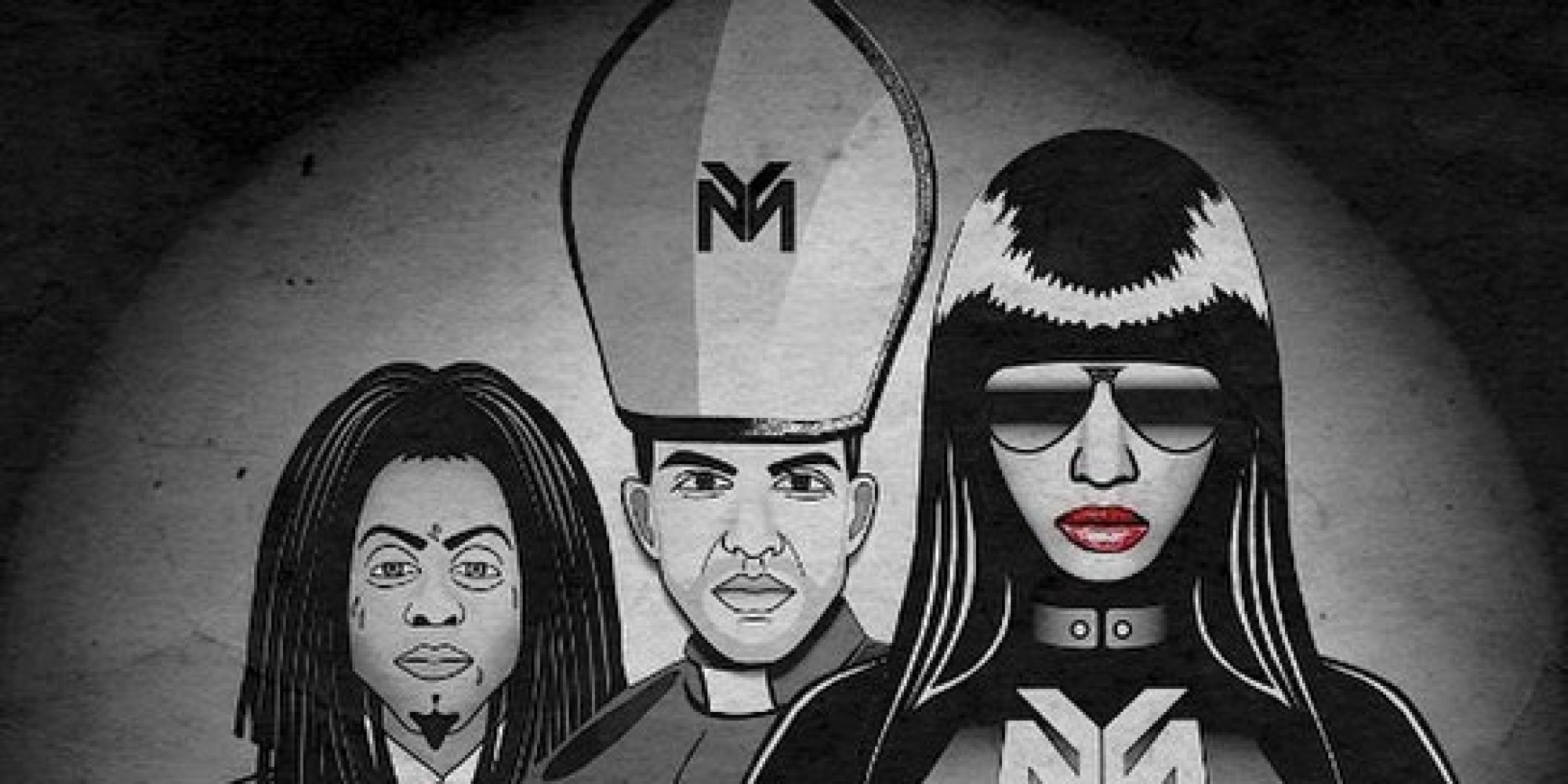 Lyric videos, a relatively recent promotional tool, started out simply as a means to keep royalties-paying audio on YouTube in the days or weeks between a single’s release and the premiere of an official music video. But artists and record labels have become increasingly creative and enterprising, squeezing every last ounce of promo possibilities from what used to be a rather banal, straightforward text-on-solid-background format.

On Friday, Nick Jonas got social media buzzing with the lyric video for his latest single, “Teacher,” from his new album, Nick Jonas, out today. Jonas appears briefly at the beginning and end of the clip (fully clothed, for a change), with the rest of the video’s runtime filled with chiseled, tanned, and scantily clad body parts (courtesy of the world-famous Wilhelmina talent management agency) donning the song’s suggestive lyrics:

Not to be outdone, Nicki Minaj released the lyric video for her new track, “Only,” featuring Drake, Lil Wayne, and Chris Brown. The animated clip, which is rife with Nazi-style imagery, immediately caused a firestorm of controversy, including a denouncement from the Anti-Defamation League. Minaj portrays the leader of an army that resembles the SS, while the half-Jewish Drake is pictured as a Catholic bishop. More troubling, however, is a shot of the word “CHAMBER” over what appears to be the image of a gasmask. See for yourself:

Minaj’s new album, The Pinkprint, is expected sometime next month.