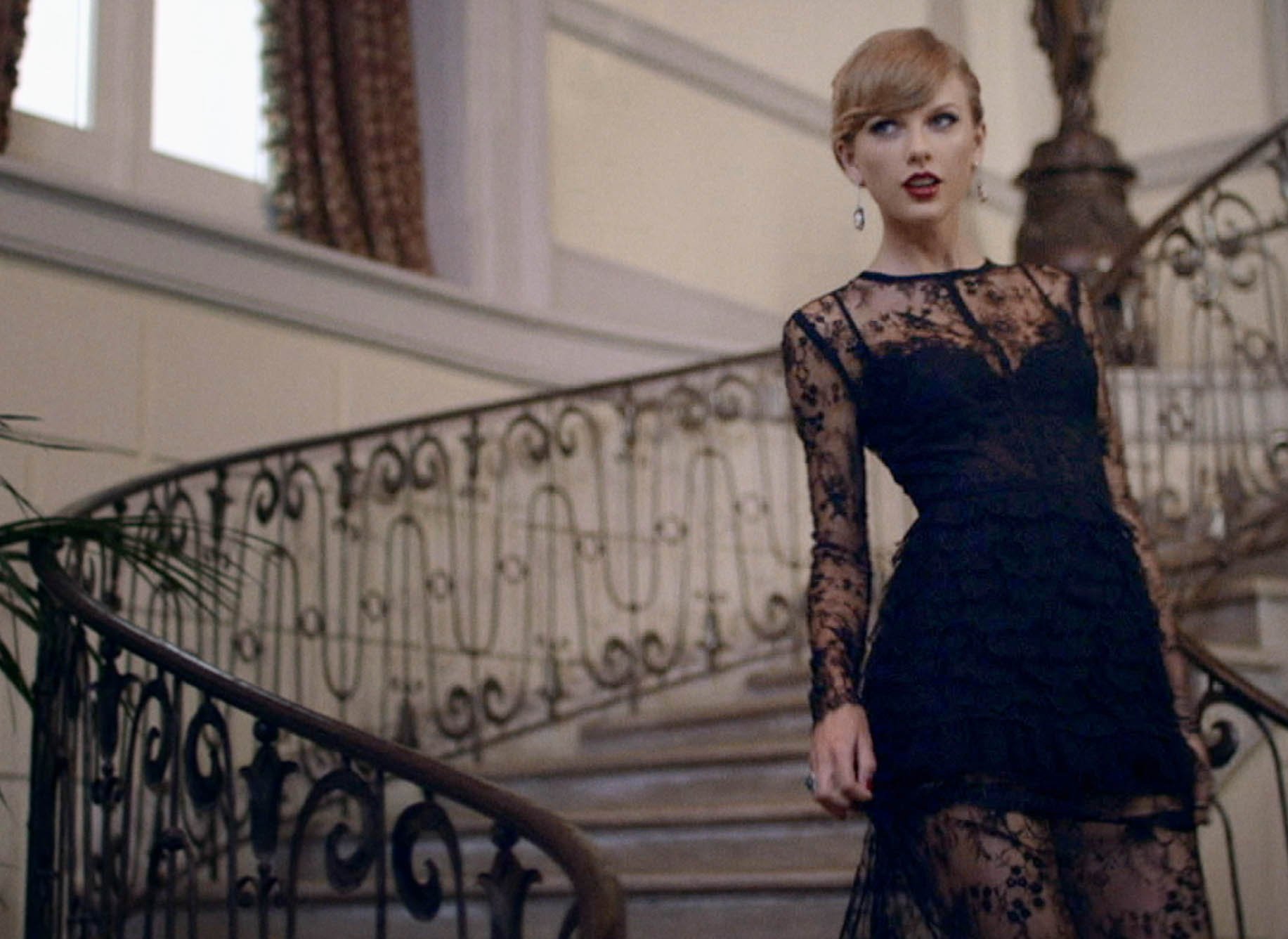 As if the threat of having a scathing pop song written about them weren’t enough to make the world’s eligible young bachelors think twice about shacking up with the country starlet turned pop star, Taylor Swift’s new music video for “Blank Space” portrays the singer-songwriter as, to quote the song’s lyrics, “a nightmare dressed like a daydream.” In the clip, directed by Joseph Kahn, Swift and model Sean O’Pry (who, like Swift, was born in 1989) spend an über-romantic weekend at the former’s lavish mansion. When she suspects him of texting another woman, she flies into a mascara-streaked fit, taking a switchblade to his portrait, scissors to his dress shirts, a torch to his clothes, and a golf club to his sports car. By the time Sean discovers a hallway lined with the defaced portraits of Swift’s former suitors, it’s obvious the singer is lampooning her (perhaps unjustified) reputation. Just to make sure it’s clear she’s in on the joke, a disclaimer reads: “No animals, trees, automobiles or actors were harmed in the making of this video.”

UPDATE: In case you were wondering about that “Blank Space Experience” teaser at the end of the video like we were, Swift and American Express announced the details Tuesday morning: The American Express Unstaged Taylor Swift Blank Space Experience is a free app that offers a “choose your own adventure”-style exploration of the video’s six different rooms, including encounters with ancillary characters connected to the storyline. The “360-degree” experience, available for free via iTunes and Google Play, also features behind-the-scenes footage, exclusive interviews, and more.

“Blank Space” is the second single from Swift’s latest album, 1989.

Review: TV on the Radio, Seeds