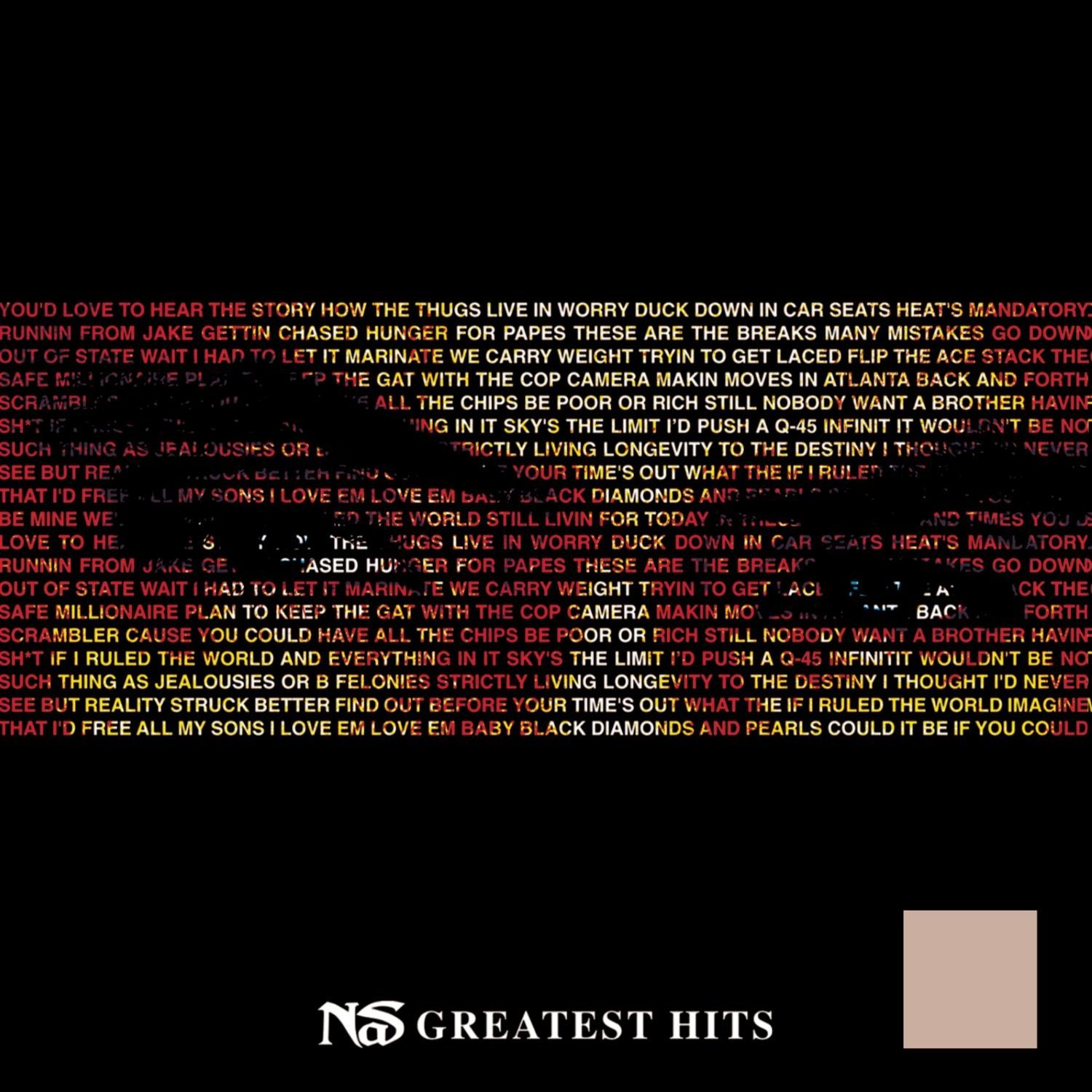 Hip-hop has, for the most part, become a singles medium, so one imagines there would be more—or, rather, more successful—hip-hop greatest hits collections out there. What leading rap star wouldn’t benefit from a compilation that flushes out the album filler of intros and skits, reemphasizes beloved (but nearly forgotten) singles, and throws in some hard-to-find mixtape or soundtrack tunes? But there are no mixtape tracks on Nas’s Greatest Hits, not even from the well-received compilation The Lost Tapes. There’s nothing from his weakest, but by no means terrible, effort Nastradamus, though spiritually-minded songs like “God Love Us” and “Some of Us Have Angels” would have fit nicely alongside similarly themed tracks from God’s Son. Most disappointing of all, there’s nothing from last year’s Hip-Hop Is Dead, even though that record has some of his finest songs and most provocative moments as a lyricist—a direction he’s no doubt pursuing with Nigger, already rebuked by Jesse Jackson and Al Sharpton. Nearly half of the album is comprised of songs from the masterpiece Illmatic, and who needs to drop 15 bucks to be reminded how great Illmatic is?

Greatest Hits, however, is not really meant to be a career overview. It’s meant to be what greatest hits sets so often are: an end-of-contract obligation. One can understand why Columbia Records didn’t include tracks from the Def Jam release Hip-Hop Is Dead, and as a document of the label’s partnership with Nas, the record works. The opening track “Surviving the Times” details, with impressive candor, the early 1990s, when major labels invested in hip-hop and, specifically, when Columbia invested in the little-known, ninth-grade dropout Nasir Jones. Though he claims he was “destined to shine,” the lyrics detail a career marked by luck and compromise—dealing with “a little laughter” about being a “rebel of hip-hop coming through a white rapper” (i.e. getting discovered by MC Serch) and capturing Columbia executive Chris Schwartz’s attention after the label broke ties with Def Jam. The song ends with a satisfied assessment of finishing out the contract: “Here I am, completed my whole record deal.”

Fulfilling a contractual obligation is hardly the most boast-worthy of accomplishments, but “Surviving the Times” is a reminder of what makes Nas such a refreshing MC: His lyrics always detail his achievements, but his best songs eschew posturing. Jay Z might be “the ruler,” but as Greatest Hits reminds us, if Nas ruled the world, he’d be a liberator (“I’d open every cell in Attica, send ‘em to Africa”). Bill O’Reilly recently criticized Nas for performing songs that are “as violent as they come” at Virginia Tech. But where other rappers channel the excess and callousness of Al Pacino in Scarface, Nas’s first-person narratives often remind me more of Harvey Keitel’s disappointed idealist from Mean Streets.

The narrative of Illmatic’s “N.Y. State of Mind” is breathlessly delivered, but it’s also cleverly fractured. The first of the song’s narrators is a drug dealer who recalls running guns-blazing into a crowd of children (“who couldn’t see as high as I be”). The lyrics then cut to a reflection on how “the game has changed,” before the song takes yet another turn and it’s revealed that the character has only been dreaming that he’s a gangster. In short, the thug narrative is affected by a storyteller who wishes that he could sit back and enjoy wealth like Capone or Scarface, but who’s drawn instead to a career in music. The world that Nas describes is the same vision of the inner city that other rappers have portrayed, but Nas doesn’t utilize those images for exploitation, but to depict his characters’ desire to escape ghetto life.

Or is that interpretation of Nas’s music based on Greatest Hits’s song selection as well? The album reminds listeners of the learned Nas, lecturing about African history on “I Can,” but it doesn’t include the homophobic attack of Jay-Z on Stillmatic’s “Ether” or the brutal misogyny of “Pussy Killz.” Author Bakari Kitwana defended Nas on The O’Reilly Factor by saying that O’Reilly “cherry-picked” the most offensive moments from the most offensive tracks by Nas. Does Greatest Hits do the opposite and only showcase the rapper’s least contentious work?

Review: Stormzy’s Heavy Is the Head Strikes a Deft Balance of Hard and Soft