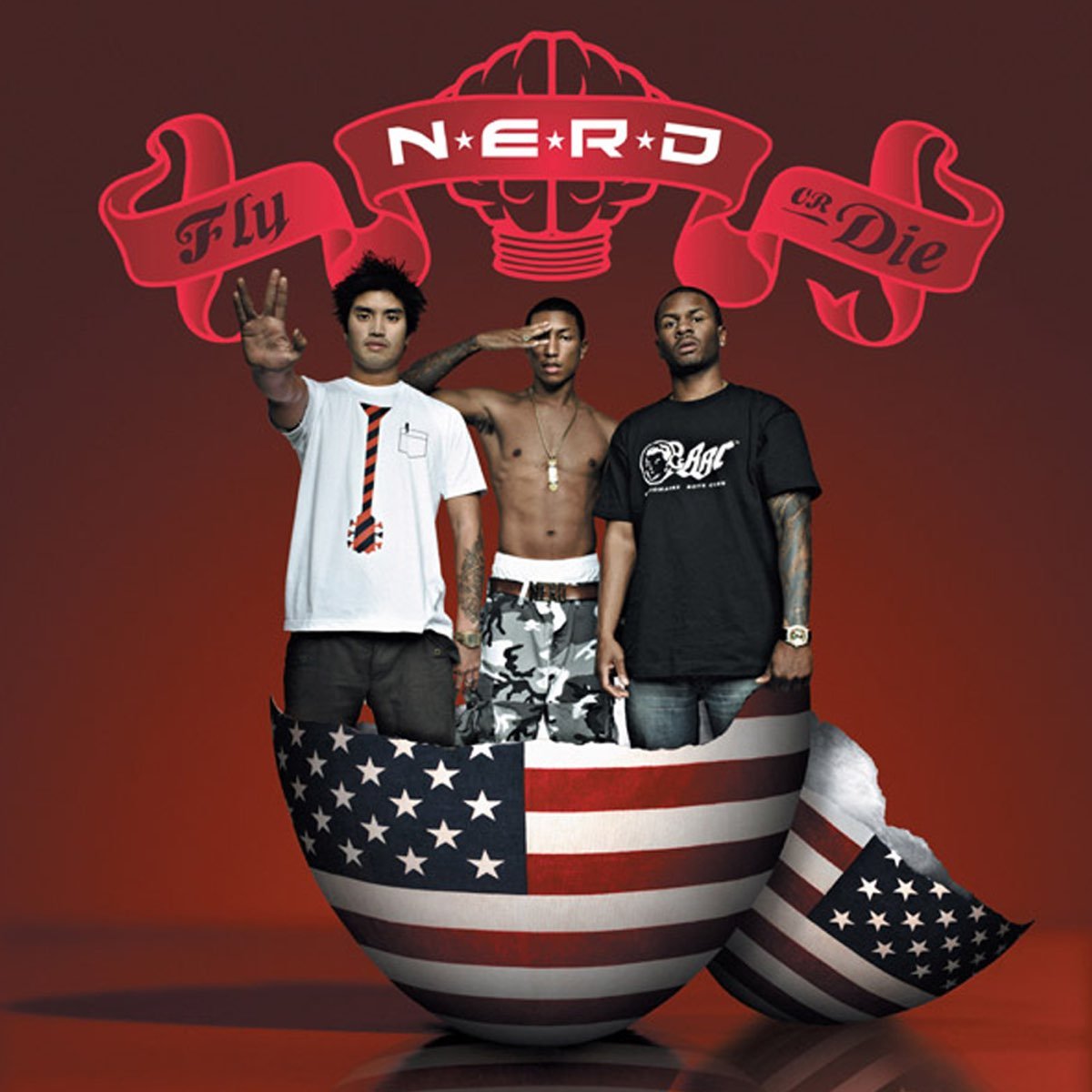 Spymob, the band that funked up N.E.R.D.‘s electrifying debut, In Search Of…, are gone for the rap-rock trio’s second go-around, Fly Or Die, but the formula remains more or less intact: crisp beats, classic rock guitar licks, Pharrell Williams’ falsetto hooks and narrative storytelling all wrapped up in a stew of rock, funk, new wave and even baroque and Elton John-style piano-pop. By sheer virtue of the fact that it’s a follow-up (and, unlike In Search Of…, was probably fully conceived before being recorded and delivered), the record isn’t as jolting as its predecessor upon first listen (there’s no “Rock Star” or “Lapdance”), but the Neptunes have certainly refined their side-project sound, proving N.E.R.D.‘s success wasn’t just a one-off fluke. Much of Fly Or Die focuses on adolescent issues (“Jump,” featuring Joel and Benji Madden of Good Charlotte, the anti-bully manifesto “Thrasher,” dick-driven tracks like “Don’t Worry About It” and the half-formed “Backseat Love,” and the title track, which takes hypocritical authority figures to task), but it’s the album’s middle-stretch—from the infectious funk/rock lead single “She Wants To Move” to the protest song “Drill Sergeant”—that feels most relevant: “The fear of blowing up definitely takes its toll/It sends its demons down to your mind to take control,” Pharrell sings, juxtaposing sudden, explosive fame with terrorist dirty-bombs. Fly Or Die is even more rock-rooted than In Search Of…, which isn’t a bad thing by any means, but for a band whose new single declares, “Her ass is a spaceship I want to ride,” Fly Or Die is pretty damn grounded.