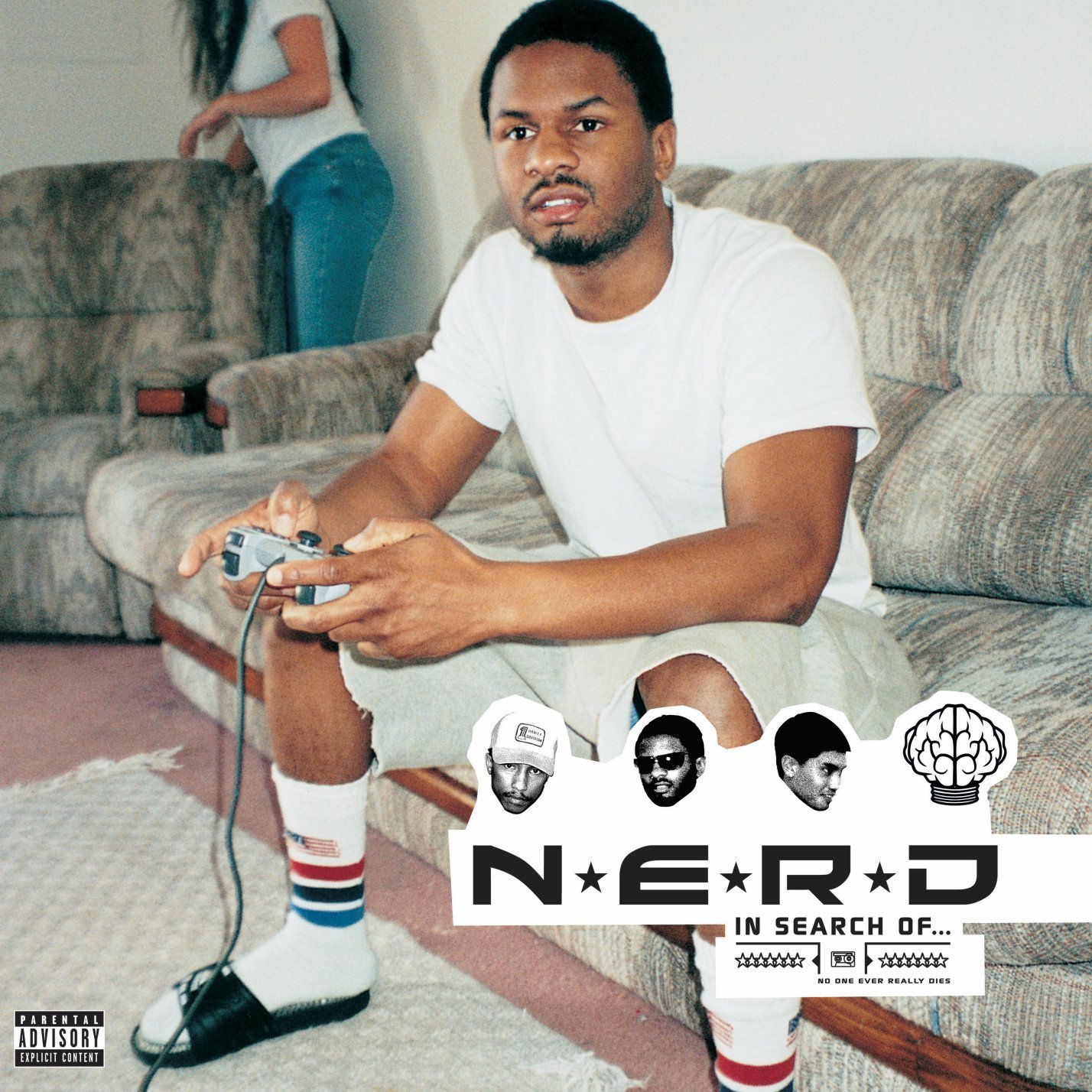 After pop excursions with ‘Nsync and Britney, the Neptunes (a.k.a. Pharrell Williams and Chad Hugo) needed to do something drastic. Perhaps that’s why they yanked their new album in the 11th hour last year for massive reconstruction. Released under the acronym N.E.R.D. (No one Ever Really Dies), the album, which was once filled with signature synth beats and accompanied by a bling-bling stripper-filled video for the single “Lapdance,” is now a rocked-out rap-rock hybrid that should put the current horde of rap-metal posers to shame. The single’s new body of grinding guitars and modest keyboards is similar to comrade Kelis’s recent Neptunes-helmed single “Young Fresh N’ New.” (Kelis, in turn, surfaces on N.E.R.D.’s “Truth or Dare,” her vocals a faint reminder of Debbie Harry’s gritty yet seductive voice.) The album, In Search Of… (in this case, the search is for love, happiness, smiling and “that bitch with the big ass”), is a culmination of the Neptunes’s broad influences—from soul to rock and everything in between. Williams’s falsetto vocal, though, can grow irksome at times, especially on tracks like “Stay Together.” The song is an ode to the Beatles with its mellotron sounds straight out of “Strawberry Fields” and its vocal reminiscent of Lennon’s “Imagine.” On “Tape You,” a tale in which he propositions his girl to have sex with her friend on video, Williams comes off like a die-hard Marvin Gaye fan at karaoke night. But that’s what makes the album so damned likeable; its 12 tracks are filled with nothing other than honesty and soul. “Provider” attempts to tackle racial profiling and other struggles of the American working class (“Someday this will be over/We’ll start a family/I’ll get a job and I’ll be a voter”), all the while getting its groove on with twangy acoustic riffs that invoke America’s wide-open roads viewed through the eyes of hip-hop. Kudos to a production team that, rather than predictably stick to their radio-ready formulas, has dared to push the envelope straight out of hip-hop’s comfort zone.