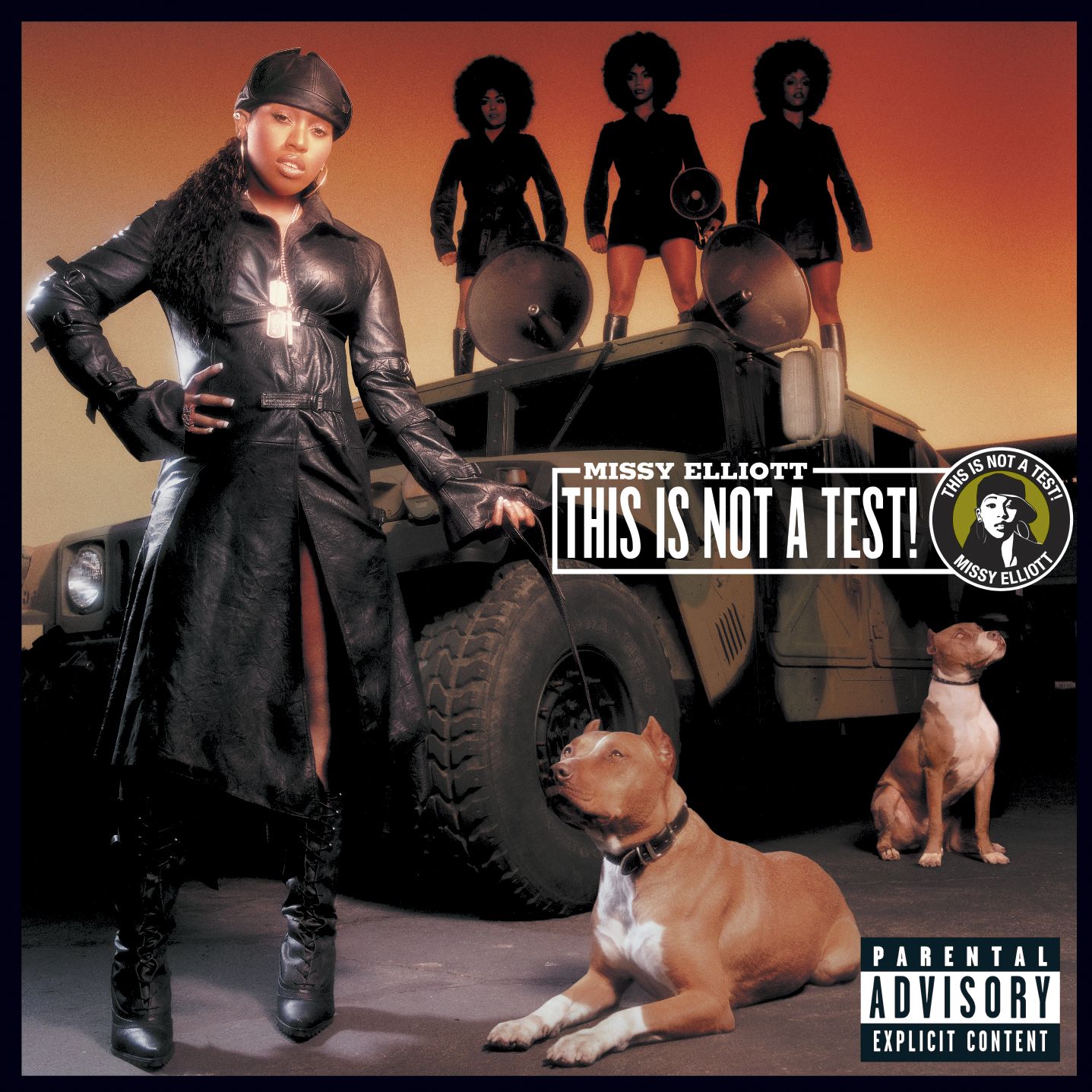 First introduced on last year’s Under Construction, Skinny Missy (a.k.a. Old School Missy) was largely concerned with living life to the fullest and recapturing the “fun” of early hip-hop. She succeeded, and the result was her biggest hit to date, “Work It,” and an album that, in retrospect, is her most cohesive.

Now, on her fifth album, This Is Not A Test!, Missy has become the Maya Angelou of hip-hop: She waxes poetic on the state of the genre on “Baby Girl” and “Wake Up” and comes off like a 21st-century post-feminist on “Is This Our Last Time” (“Why you don’t fuck me like before?”), the dirrty “Toyz” and “Let Me Fix My Weave,” one of Missy and longtime partner Timbaland’s greatest moments. It’s all about sloppy sex, self-gratification, and empowerment.

Sexy Missy (another off-shoot of the new-and-improved Skinny Missy) and Old School Missy make some guest appearances on “Dats What I’m Talking About” (“Have you ever been in the mind of a virgin?/It gets hot and curious,” she sings, doing her best impression of Prince) and “Let It Bump,” respectively, but sonically, the album reprises the harder, steely beats of 1999’s Da Real World and 2001’s Miss E…So Addictive. But even though Missy can pull off just about any guise she wants (from Ragtime songstress to the hooked-on-phonics lyrical assault of “Spelling Bee”), she’s become somewhat of a caricature of herself.

Despite the undeniable beat and hypnotic chorus of the apocalyptic lead single “Pass That Dutch” (she’s not kidding when she declares, “There’s an unknown virus that’s attacking all clubs!”), the hookless club track is unlikely to spark any dance crazes. Timbaland, who’s been threatening retirement for a few years now, has once again concocted some out-of-this-world beats (check out “Pump It Up,” which bounces and rattles like a loose bedspring), but his production has become so minimalist and repetitive that it might as well be an extra-terrestrial click track. This Is Not A Test! is Missy’s third album in just over three years, and while she (in any incarnation) still trumps her hip-hop contemporaries, a little time away might give us a much-needed opportunity to miss Missy—and remind us why we loved her in the first place.

Review: Lizzo’s Cuz I Love You Is a Vessel for Pure Exuberance