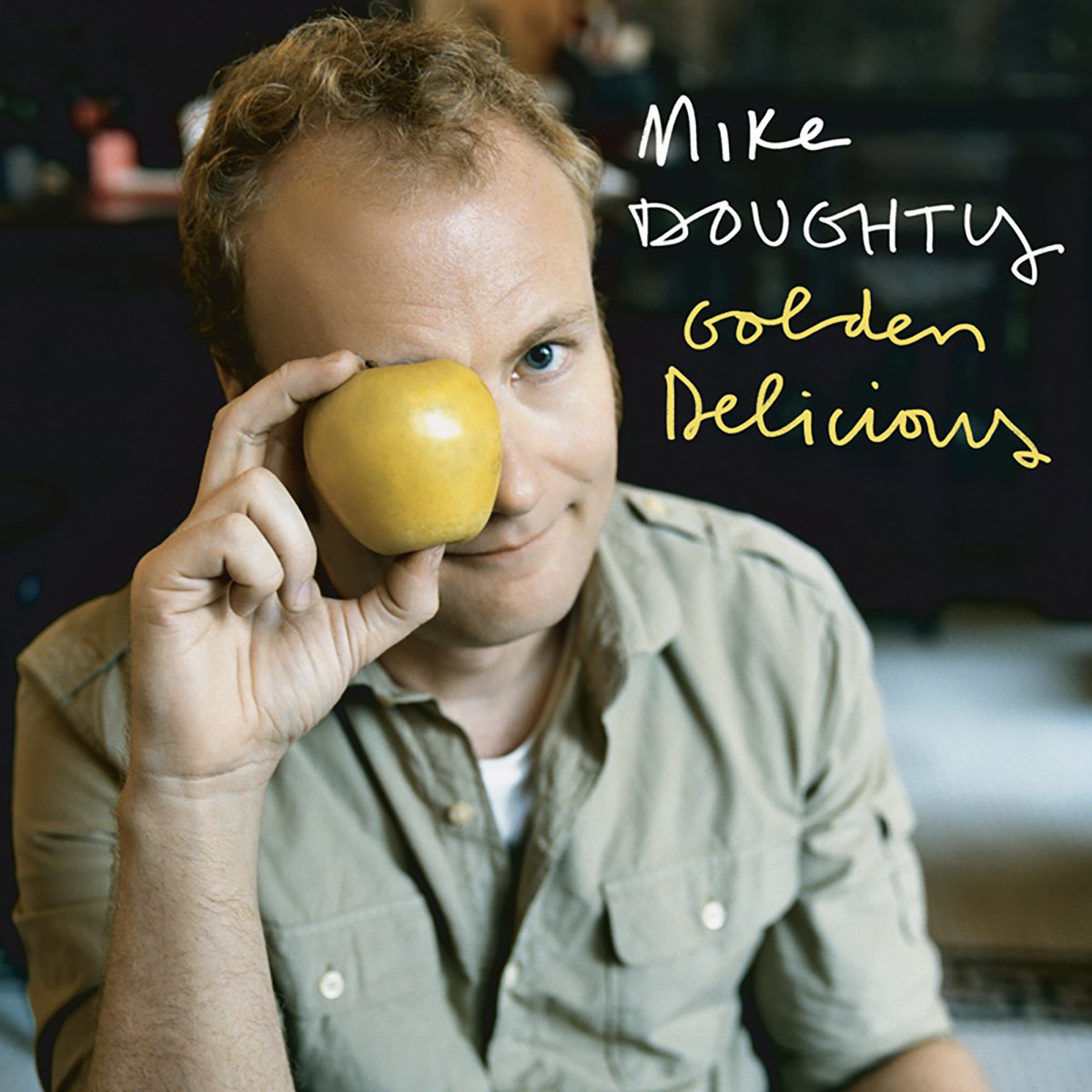 Since the breakup of quirky ’90s alternative band Soul Coughing, Mike Doughty has established himself as an earnest singer-songwriter with a knack for writing catchy, creative pop songs. Golden Delicious, his second release of new material for Dave Matthews’s ATO label, is no exception, but Doughty’s more bothersome traits threaten to overshadow the handful of good songs here. Doughty loads his choruses full of sing-along chants and nonsense words in an attempt to nudge his way into the pop mainstream. But the hooks often aren’t strong enough, especially when the entire song feels aimless (“I Wrote a Song About Your Car”) or the chorus consists solely of the song title repeated four times in a monotone voice (“Navigating By the Stars at Night”). In the past, Doughty’s nasal voice has been kept in check, but this time producer Dan Wilson fails to rein the singer in: It’s unlikely there will be a more grating moment in pop music this year than Doughty holding the final note of “27 Jennifers” for 10 seconds.

The good songs on Golden Delicious, however, are very good, and Doughty remains a clever wordsmith, one of the few lyricists who could successfully work a line like “You should blast Young Jeezy with your friends in a parking lot” into an anti-war anthem. “Fort Hood,” named after the Texas Army base that has lost the most troops in the Iraq War, deftly mixes dark lyrics about soldiers “coming back motionless in an airport lounge” with a sunny melody and a chorus borrowed from the Hair classic “The Flesh Failures (Let the Sunshine In).” “I Just Want the Girl in the Blue Dress to Keep on Dancing” is a playful hip-shaker that describes an imagined sexual bond between Doughty and a cute girl in the crowd at one of his shows. “I love your baby fat/Your crooked nose is where it’s at,” he sings to the object of his affection, before adding longingly, “Behind the mic I’m burning too.”

Doughty revisits his experimental Soul Coughing days with “More Bacon Than the Pan Can Handle,” a 90-second oddity in which he duets with backup singer Stephanie Beatriz, his distorted, sing-speak vocals gliding atop sparse keyboards and jazzy instrumentation. Sounding like a long lost track from Ruby Vroom, “More Bacon” is a welcome departure, but it’s too short and, sandwiched between the album’s most radio-ready tunes, “Put It Down” and “27 Jennifers,” it doesn’t fit at all. The song, like Golden Delicious as a whole, feels like it has the potential to be great but falls short.

Review: Mike Doughty, The Flip Is Another Honey