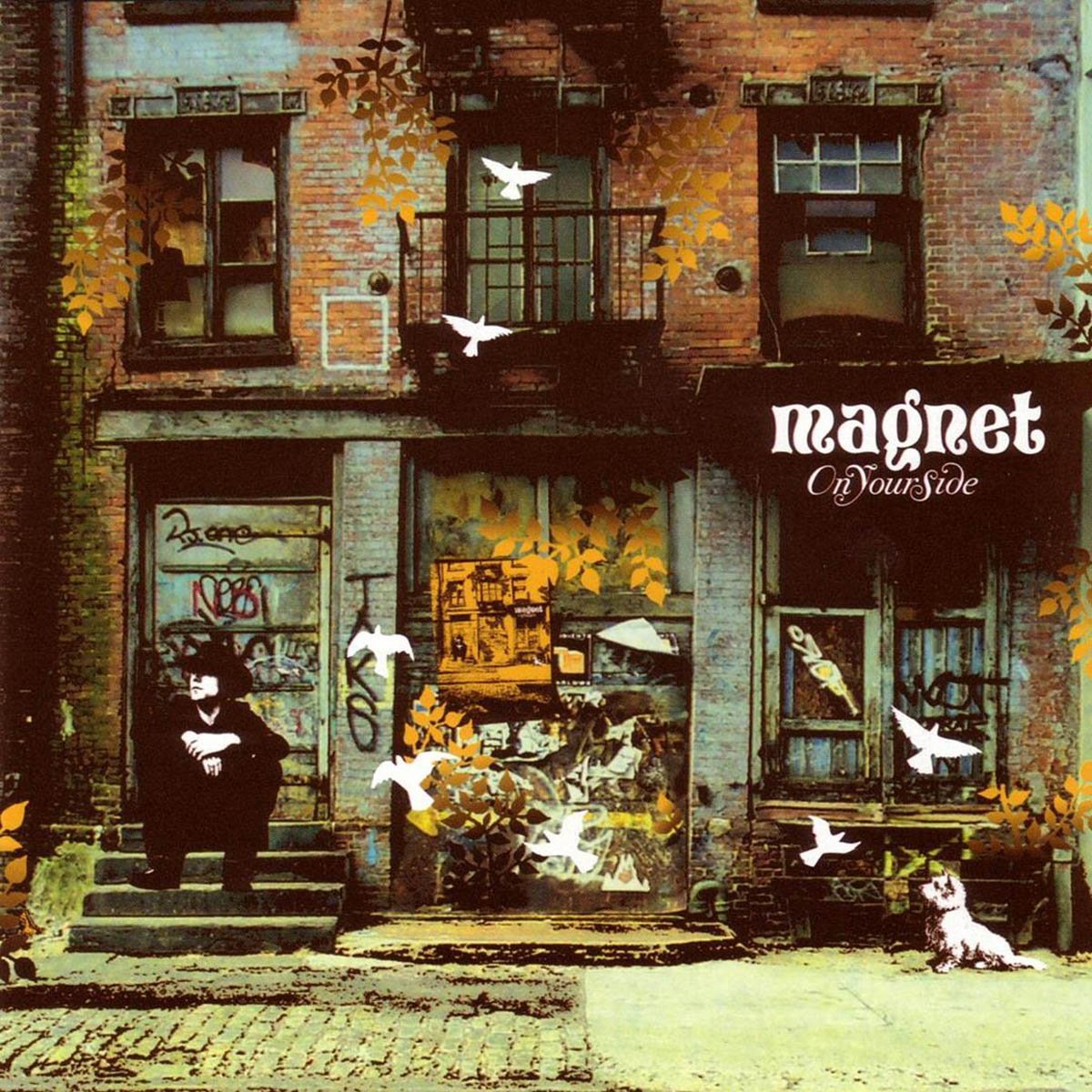 It takes most artists years—if not an entire career—to compose and record an album as seamless as Magnet’s debut. So it should come as no surprise that On Your Side isn’t actually Magnet’s debut, but his third release (he issued an album with his band Libido in 1998 as well as a self-produced 2001 solo release Quiet & Still under his real name Even Johansen). Lyrically, Johansen doesn’t stray far from the standard love song template, though he does venture into some topical territory with the opening track “Everything’s Perfect,” a song about starting a relationship with a dying woman (it’s the kind of subject matter that makes for terrible TV movies but is actually rather poignant here: “Ever since my heart chose to choose her/I’ve known I would lose her”), and “Where Happiness Lives,” which, along with the exquisite “Nothing Hurts Now,” can be found in an early, more stripped down incarnation on Quiet & Still. For an artist as influenced by the dusty western soundscapes of Ennio Morricone as he is by the stellar electronica of Air, Johansen manages to knit a surprisingly cohesive sonic tapestry out of strings, brass, acoustic guitar, tinkling toy piano sounds, and electronic flourishes. Songs like “Overjoyed,” with (or despite) its dubby delay and laptop pitter-patter, and “The Day We Left Town”—Johansen’s response to Björk’s “Hyperballad,” if you will—are unexpectedly pop-conscious, their hooks leaving indelible prints in the mind. “Smile to the World” and the softly rollicking “My Darling Curse” evoke the best of Radiohead and Coldplay, respectively, though Johansen’s voice most closely resembles that of an infinitely less cloying Rufus Wainwright. Of course, we’ve heard much of this before (the electronic noodling of OK Computer, the cabaret-folk of Want One), but never as refreshingly palate-cleansing as this.