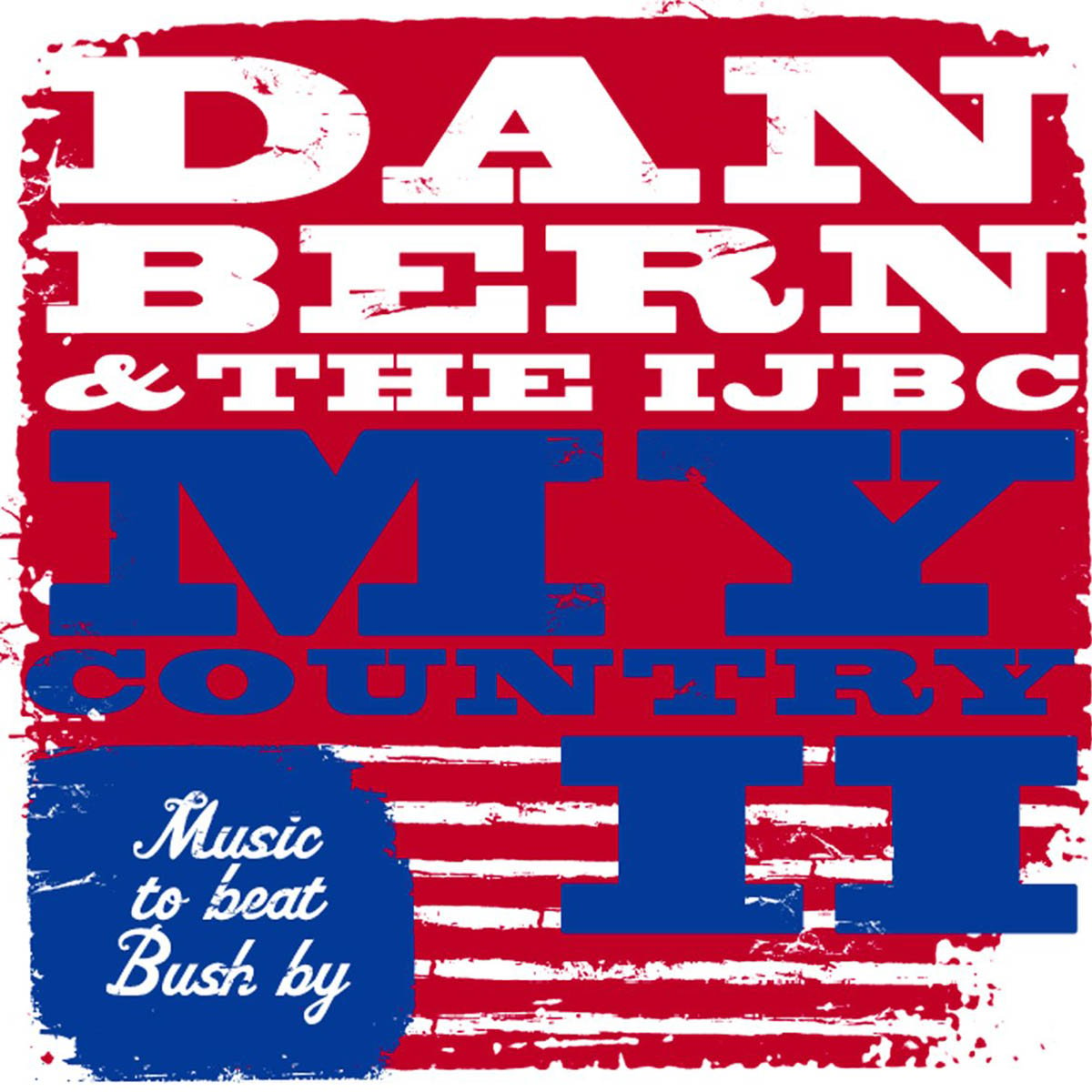 Okay, so I’m biased. Even if Dan Bern’s My Country II was a piece of crap I’d be hard-pressed to give it less than three stars, if only for its subtitle (“Music to Beat Bush By”) and its song titles (“Tyranny,” “The Torn Flag,” and “Bush Must Be Defeated”). The good news is that the album is actually pretty damn good. Bern, who emerged on the Anti-Folk scene in the mid-‘90s, isn’t the most gifted lyricist, nor is he the greatest vocalist, but he shoots his dissent straight from the hip—lest we forget that folk music was the first punk rock. Bern sings from the perspective of a wounded veteran and criticizes post-war pomp on “After the Parade” (“Who do you think will push my chair/After the parade is over?”) and condemns American imperialism on the insanely catchy “Sammy’s Bat” (“The Holy Roman Empire was brought down to its knees/For trying to bring the empire across the seven seas”), while “The Torn Flag” turns a poignant Pete Seeger poem into a stirring call for tolerance. (Amid the album’s no-time-for-bullshit sermonizing, “Ostrich Town” is the only song where Bern even makes an attempt at allegory.) “President,” a witty, seven-minute protest song in the tradition of Bob Dylan, addresses much bigger issues than just the current White House occupation—he covers alternative fuels, collective farming, capital punishment, healthcare, hemp, gay marriage, public school reform, and abortion rights (“No one tells a girl how to treat her body/Least of all some man!”), and that’s just in the first song. The album’s final track, “Bush Must Be Defeated,” is quite repetitive (after all, how many words can possibly rhyme with “defeated”?), but it’s a sentiment Bern knows is worth pounding home.

Review: Magnet, On Your Side