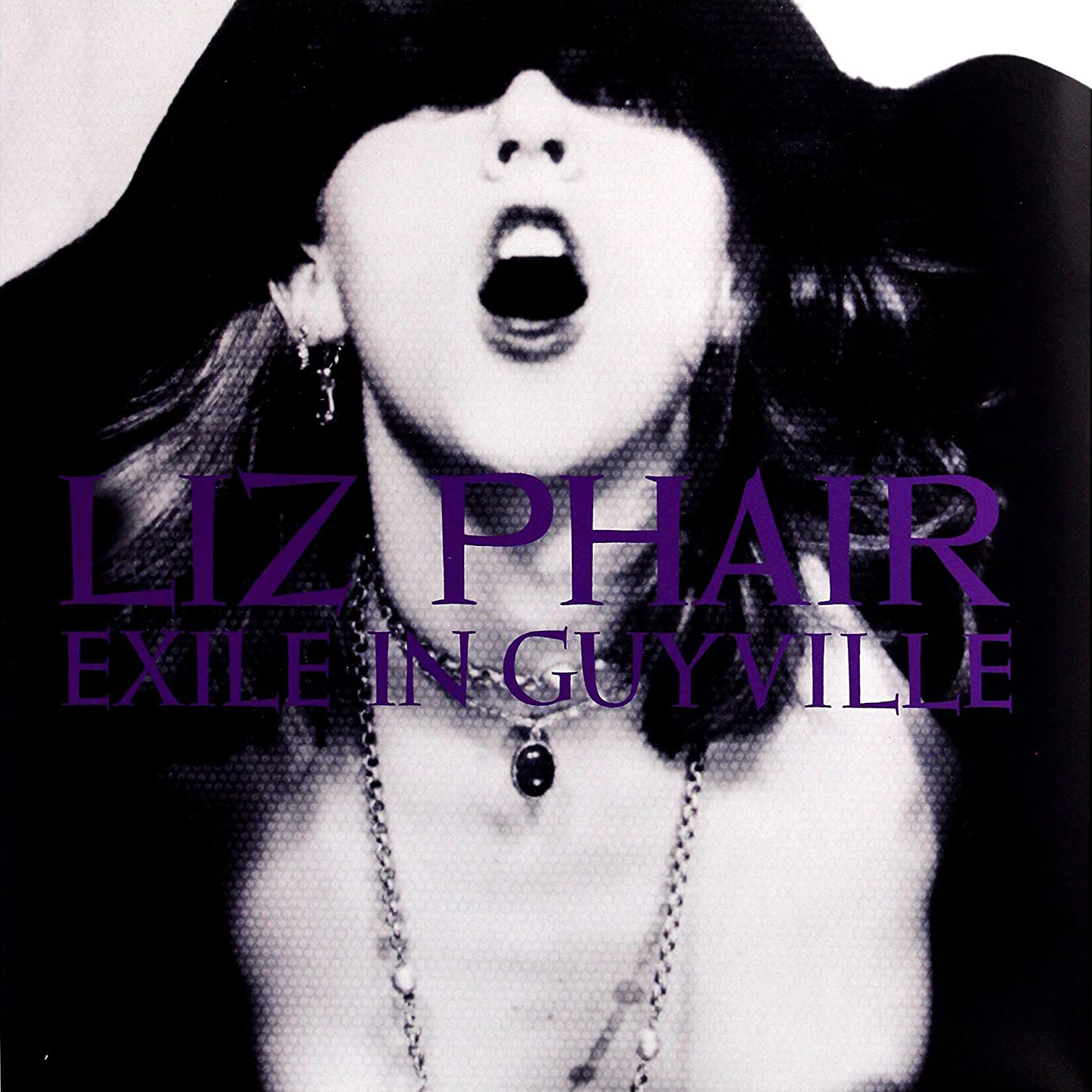 Rock n’ roll in the 1990s graced us with a number of masterpieces, many of which were followed by lengthy silences from their creators. A recent Slate piece on Neutral Milk Hotel’s The Aeroplane Over the Sea compared Jeff Mangum’s withdrawal from the public eye to J.D. Salinger’s, and the anticipation of the reunited My Bloody Valentine has gradually morphed from excitement into something resembling dread among fans and critics alike. Both Aeroplane and Loveless strike first-time listeners as immediately powerful, inventive works of genius, but it was arguably the quiet that followed that cemented their mythos and status as classics.

Then there’s Exile in Guyville, whose status among the greats seems to slip a little each year. In its 1999 edition of the top albums of the ’90s, Pitchfork placed Guyville at #5. In the revamped 2003 version, presumably compiled to correct the first draft’s lack of hip-hop and to include some more provocatively hipper choices like Talk Talk, Guyville slipped to #30. It seems like Guyville has dipped a little in other retrospective lists as well (including those by Rolling Stone). You rarely hear the album spoken about in the same hyperbole that’s reserved for oddball Beach Boys albums from the ’70s, or with the same hushed reverence we reserve for weirdos like Mangum or tragic cases like Ian Curtis who, like Phair, seem to have had only one or two great albums in them. Such gradual depreciation of Exile in Guyville is no doubt related to Phair’s increasingly inane output since, characterizing her debut’s brilliance more and more as a phenomenal fluke.

And it is a brilliant album—more brilliant, I would argue, than the Rolling Stones masterpiece to which it supposedly engages in a song-by-song response, more brilliant than any of the other angry-young-woman albums by PJ Harvey and Tori Amos that energized the early ’90s. It’s the album that has the phrase “blowjob queen” on it and the singer’s nipple on the cover, but it’s also a passionate work with an incredible emotional breadth: “Divorce Song” is worthy of Updike, “Flower” of Genet, “Canary” of Anais Nin. Her subsequent sub-hits like “Polyester Bride” and “Why Can’t I?” are nice enough, but nice enough isn’t good enough.

The lyrics are the focal point of reviews like this, since it’s easy to gush over lines like “They play me like a pitbull in a basement” and grimace over ones like “I’ll fuck you ‘til your dick is blue,” but it’s the songs themselves and, more importantly, their arrangements that inspired the imitators. Most of Exile in Guyville’s 18 songs feature just voice, guitar, and drums, and many songs drop the drums from the mix entirely: It was the album where the intimacy of folk music and the crassness of punk and indie coalesced most perfectly. That there isn’t a single dud on the album is also impossible to dismiss (even Nevermind has that awful moment where Krist Novoselic screeches the chorus of “Get Together” into a guitar pickup).

Today, no one really knows what to say about Exile in Guyville other than to skirt the fact that Phair’s been trying to sound like Avril Lavigne lately, or to whip out some remembrances of the first time we heard it, as though we’re at a wake instead of listening to one of the best albums ever recorded (the new ATO deluxe reissue includes a whole DVD’s worth of such eulogies from folks like Ira Glass and John Cusack). A recent piece on Salon’s feminist blog Broadsheet declared Exile in Guyville “The Album That Made Me a Feminist,” which is a little like saying Schindler’s List inspired me to donate 20 bucks to the Shoah Foundation. But the album is pretty damn inspiring—artistically, personally and, what the hell, politically—and it’s kind of sad the way we don’t think of it more often in the present tense.