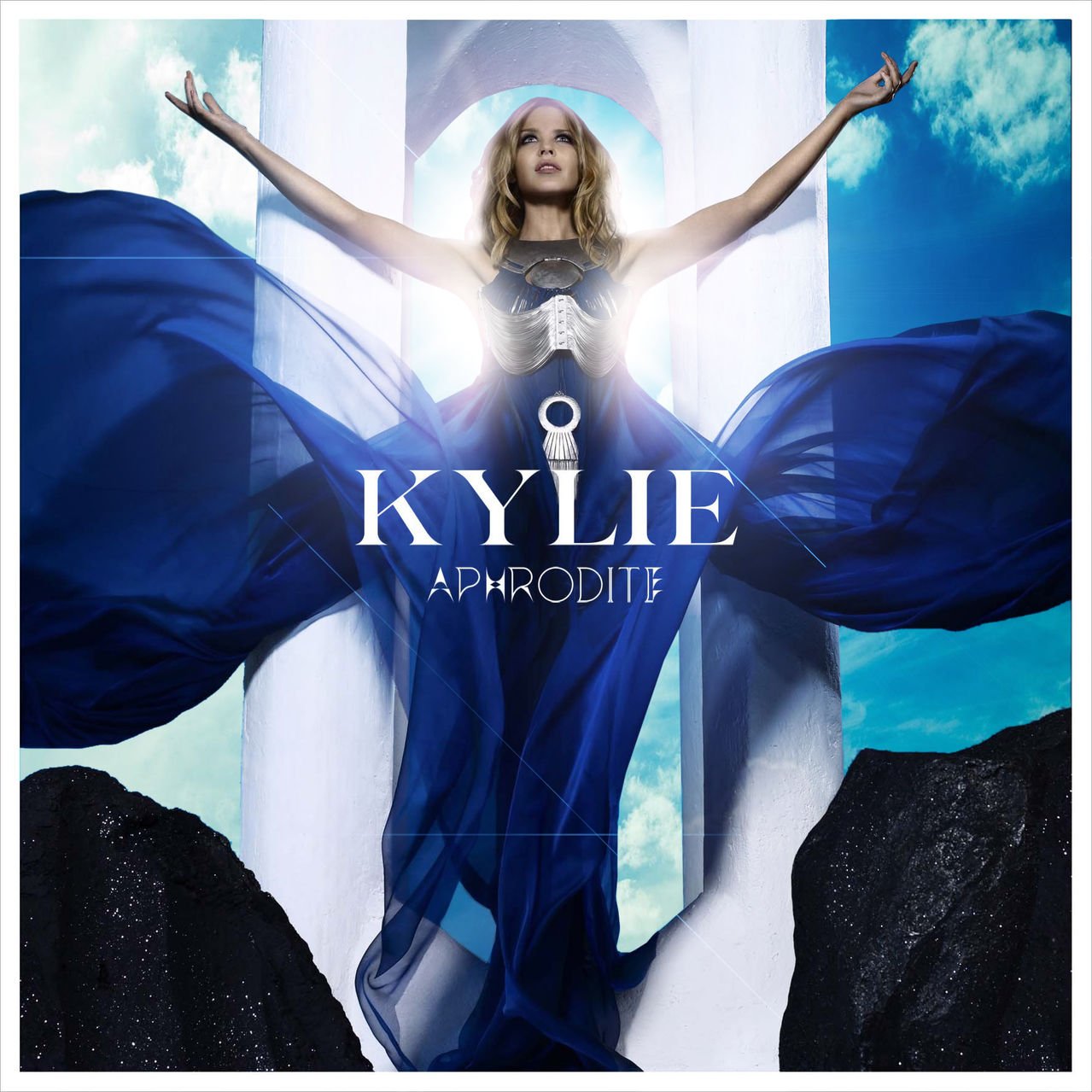 The varied, some might say scattershot, production style of Kylie Minogue’s 2007 album X was lamented in these very pages, but like its predecessor, the underrated Body Language, the album’s strength was the Aussie pop star’s willingness to toy with her sound. Without risks, there can be no rewards, and for every awkwardly forced attempt to mine stateside trends, like “Nu-Di-Ty,” there was a more successful genre experiment, like “Speakerphone.”

Minogue’s Aphrodite, however, is the sound of an artist playing it safe. It’s more stylistically coherent than the abovementioned albums, but it yields far fewer surprises. There’s no “Sensitized” or “Slow” here. Instead, we get an entire album’s worth of tracks like “Put Your Hands Up (If You Feel Love)” and “Too Much,” which could be described as “classic Kylie.” That will no doubt please longtime fans, but it also means Aphrodite is nothing more than just another Kylie Minogue album; it doesn’t add much to her otherwise diverse catalogue or push her forward in any meaningful way, as both Body Language and 1997’s Impossible Princess did. To quote “Better Than Today,” one of the new songs on the album: “What’s the point of living if you don’t take a chance?”

It took me a while to warm up to the simple pleasures of Minogue’s U.S. breakthrough, Fever, and it’s possible the same could happen here: Lead single “All the Lovers” gets better with each listen. Its anthemic hook, reminiscent of vintage Erasure and Pet Shop Boys, wafts past your ears like a summer breeze. But too much of Aphrodite is so lightweight and inconsequential that it’s liable to get whisked away and forgotten altogether. The entire album has the sonic consistency of cotton candy: It won’t exactly give you a headache, but it could leave you with a stomachache.

Aphrodite was executive-produced by Stuart Price, the man behind Madonna’s celebrated opus Confessions on an Dance Floor, and though the tracks he produced here stand out, the album is a reminder that Price hasn’t really done anything truly notable since his work with the Queen of Pop. Predictably, he continues to make subtle nods to dance hits past (“Closer” channels both Cerrone and Daft Punk), but his production style still feels cheap—and I’m not just talking about his fondness for artificial strings, exemplified on “Looking for an Angel” and “Illusion.” The slick, antiseptic quality of his songs is the total opposite of what’s required for an artist like Minogue, whose squeaky-clean voice begs to be dirtied up, not shellacked.