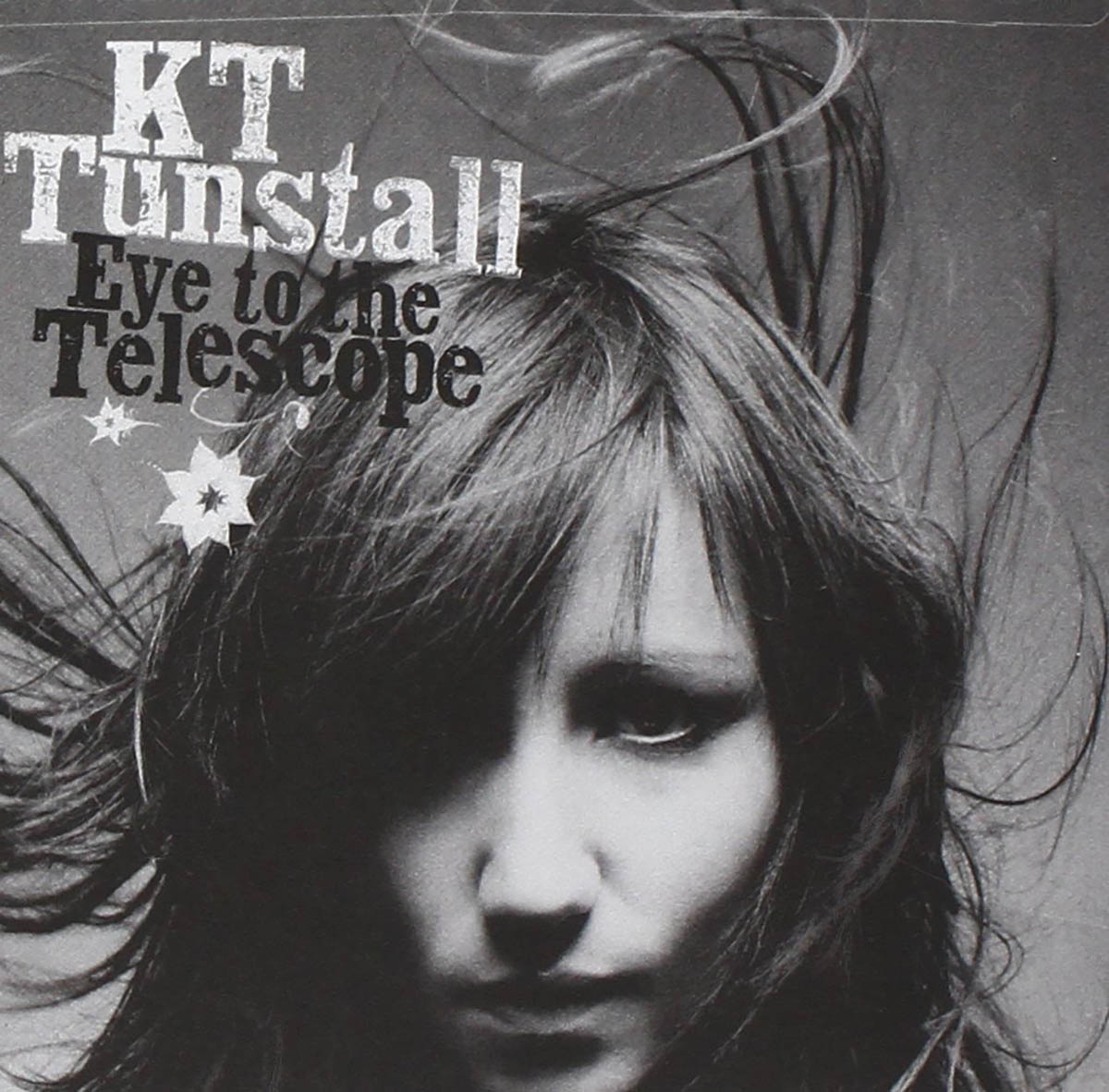 Finally arriving on U.S. shores after making the Next Big Thing rounds in the U.K. and earning a nomination for the sort-of-prestigious Mercury Prize along the way, KT Tunstall’s Eye to the Telescope has been preceded by both a roar of hype and a killer first single, “Black Horse and the Cherry Tree,” that far outstrip the album’s modest charms and which ultimately fail to distinguish her from her apparent influences. For an album that, for most of its running time, sounds like Carina Round (whose vocal tics Tunstall apes with an impressive, if eerie, precision) recording a set of Dido covers, it’s a testament to Tunstall’s talent that Telescope merits at least a passing recommendation beyond “Black Horse.”

Whereas the songs on Round’s phenomenal The Disconnection spit and stutter in a way that demonstrates an understanding of how a song’s structure can best reflect its content, the syncopated rhythm of the verses to “Another Place to Fall” and “Miniature Disasters” are merely awkward, attempts to show off that won’t impress anyone who’d likely be impressed by that kind of thing anyway. Elsewhere, the melody of “False Alarm” is constructed from a simple cribbing and combining of the hooks of Tori Amos’s “Hey Jupiter” and “1,000 Oceans,” which would make for a better choice of source material if Tunstall were doing more to separate herself from so many other female singer-songwriters gunning for AAA and Hot AC airplay.

What does redeem Tunstall, then, is her voice and the overall punch of her guitars. While the comparison to Round accounts for the odder points of her phrasing, the texture of Tunstall’s voice, at her best, recalls Patty Griffin. She can sell a ballad well enough, but it’s in the growls on “Black Horse” and “Suddenly I See” that Tunstall truly commands attention in a way that Michelle Branch and current-form Liz Phair can’t. Similarly, it’s the balance of Tunstall’s catchy, hook-heavy acoustic guitar compositions and harder-edged electric guitar effects that positions her for success on radio formats that spin “Since U Been Gone” alongside Sheryl Crow. If she doesn’t quite justify her place in the company of Antony & the Johnsons’s I Am a Bird Now or M.I.A.’s Arular on the short-list for the Mercury Prize, Tunstall certainly holds her own against the likes of Clarkson and Crow, which bodes well both for her future artistic growth and for her promising sales prospects.