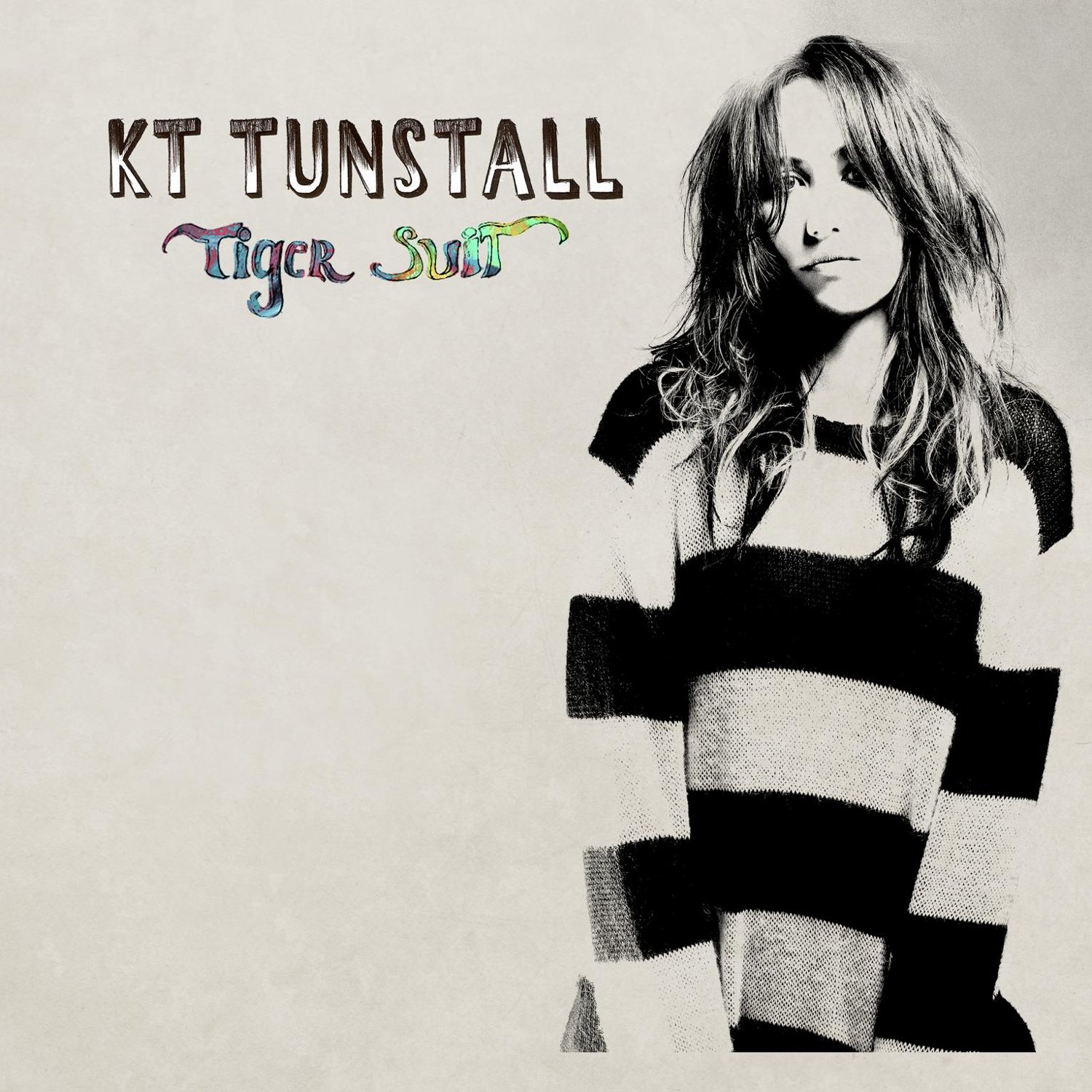 After the punchy guitar-pop of her sophomore album, 2008’s Drastic Fantastic, failed to build on the multi-platinum success of her debut album and its ubiquitous hit singles, KT Tunstall makes a more bald-faced pop move on Tiger Suit. Seeing the CHR-Top 40 charts dominated by acts like Lady Gaga, Katy Perry, and Ke$ha, Tunstall and producer Jim Abbiss lean heavily on dance rhythms and ’80s-inspired electronic textures in an effort to reclaim her place on radio and in rom-com trailers. Tunstall has taken to calling this stylistic maneuver “nature techno,” which is fairly apt in that the record’s production sounds badly dated—not to mention that it’s been a long while since anyone seriously described something as “techno.”

Tunstall’s earlier albums demonstrated a willingness to toy with conventional rhythm structures, which put a more distinctive spin on her otherwise straightforward singer-songwriter material. On Tiger Suit, though, Tunstall pushes that focus on rhythm into the foreground in a way that gets in the way of her songwriting. Because of its insistent and distractingly loud drum-machine backbeat and ’80s-era synths, it’s easy to miss that “Glamour Puss” is written as a dumbed-down version of Pink’s “Stupid Girls” without any specific targets in mind. The tribal chants and driving percussion line on opener “Uummannaq Song” may provide an unexpected and effective texture, but there’s simply no getting around a god-awful line like, “I’ll tell you the truth/I was trying to raise my roof.”

As far as the production’s bells and whistles go, Tiger Suit is front-loaded with the more strident stabs at the kind of dance-pop that’s currently fashionable. When Abbiss settles down somewhat, the album most frequently recalls Dido’s No Angel with its blend of electronic elements and coffeehouse folk music. But the fussy string arrangement on “Lost” and the fingerpicked acoustic guitar figure on the awkwardly written “(Still a) Weirdo” draw too much attention to themselves. Tunstall’s songwriting is not nearly as sharp here as it has been in the past (with lines like “Following your lust like an intrepid adventurer/While you leave your trail of disaster,” album closer “The Entertainer” could actually be about a certain VH1 fame whore who uses that moniker), but it does her a disservice to emphasize the album’s spotty production choices above all else.

When given the opportunity, Tunstall manages to showcase that she’s actually a damn fine singer. After “Push That Knot Away” unexpectedly segues into a molasses-thick blues stomp in its middle eight, she belts and growls with real conviction. “Madame Trudeaux” and “Come on Get In” also suggest that Tunstall is better suited to be a rock singer than just another interchangeable act on the Sara Bareilles/Colbie Caillat axis.

Terrific lead single “Fade Like a Shadow” also proves that Tunstall can write a memorable melody and structure a song with a standout hook when she wants to. But Tiger Suit fails because it doesn’t refine or advance Tunstall’s songwriting in any way when compared to her previous efforts. Instead, the album’s focus seems to be on recapturing her commercial momentum through the use of misguided, desperate production tricks that rarely emphasize what Tunstall does well.