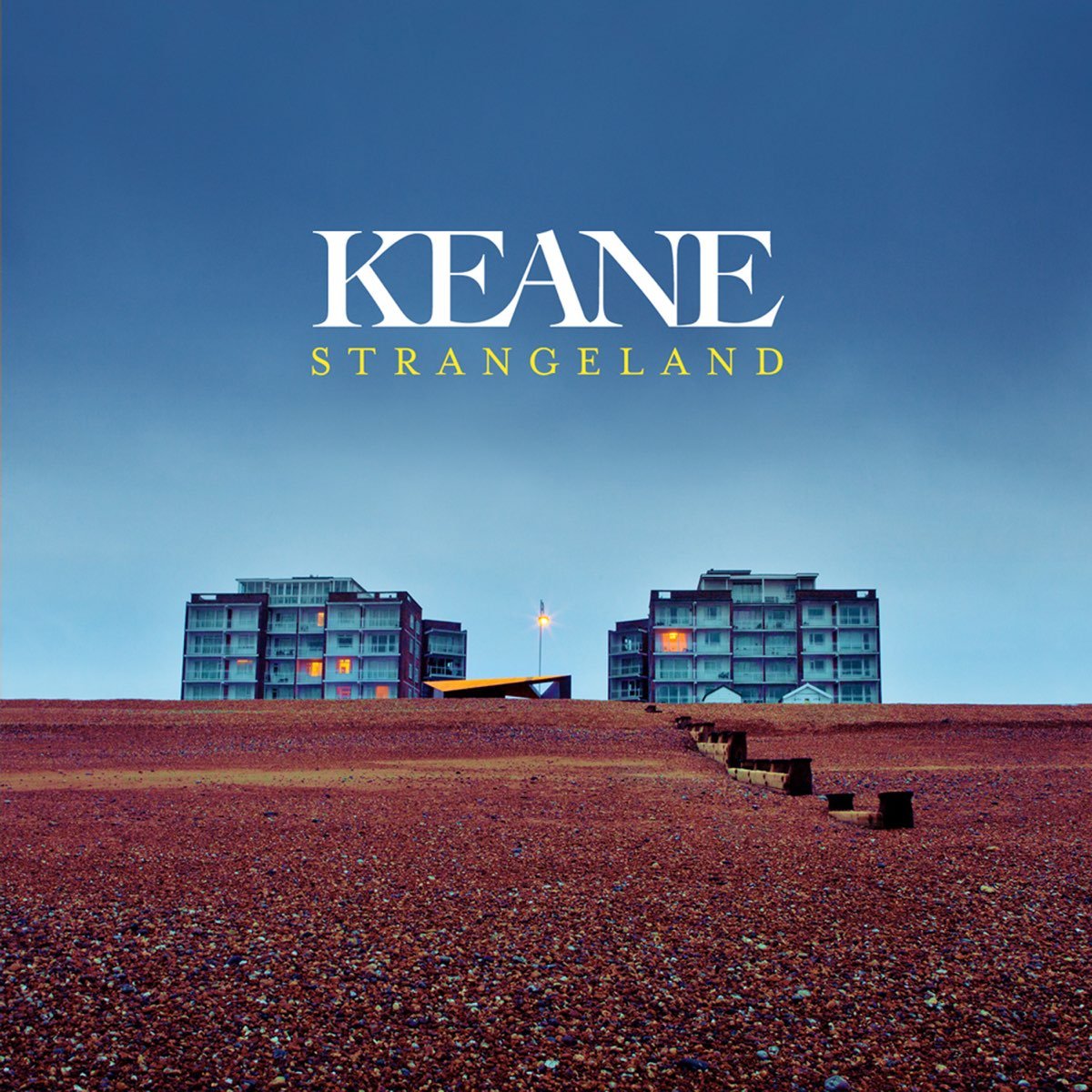 Keane alienated a good half of their fanbase with the chintzy, ‘80s-inspired Perfect Symmetry and then proved they had no idea how to right the ship on 2010’s dreadful Night Train EP. Unfortunately, the AAA radio mainstays’ fourth full-length effort, Strangeland, only mires the band (now a quartet, thanks to the addition of bassist Jesse Quin) further in an identity crisis. With a tracklist that reads more like a list of chapter titles from a self-help book than actual songs, Strangeland plays as though the band is trying to give themselves a pep talk—and at this point, they desperately need one.

Even at Keane’s peak, principal songwriter Tim Rice-Oxley’s songs teetered on the verge of being overwrought and maudlin, but there was at least refinement in their construction. That isn’t the case on Strangeland: Far too many of the songs are marred by mixed metaphors and awkwardly constructed lines that speak to the overall sloppiness of the album’s writing. Opener “You Are Young” forces vocalist Tom Chaplin to shoehorn the line “You’ve got time to realize you’re shielded by the hands of love/Because you are young” into the song’s meter, while the ridiculous climax of “Sovereign Light Café” finds him shouting, “Yeah, I’m going where the people know my name,” recasting the song as a dead-serious spin on the theme from Cheers.

However puzzling that choice may be, at least it shows some degree of creative intent. Most of Strangeland consists of anonymous platitudes that are too empty-headed to be uplifting. “Day Will Come,” a recitation of clichés, has no real narrative or emotional conflict, and neither “On the Road” or the similarly themed “The Starting Line” bothers to develop the sense that anything tangible is at stake for the “you” that Chaplin addresses, so the vague promises of lights that lie ahead and of finding a better life on which the songs hinge are simply rote. Even the mopey “Black Rain” has some awkwardly worded advice to dispense: “If you’ve got love/You’d better hope that that’s enough.”

The hollowness of Strangeland’s I’m-okay-you’re-okay writing might be a more forgivable offense were the album’s production not so consistently garish. Working with Dan Grech-Marguerat, Keane look to split the difference between the piano-driven, MOR sound of their first two albums and the late-‘80s style of Perfect Symmetry. The execution of that plan, however, is just a disaster. The synth line on “Day Will Come” and the campy background vocals on “Watch How You Go” make those songs sound like genuine relics of the ‘80s rather than an homage to the era. Lead single “Silenced by the Night” is even worse: With the heavy-handed mixing on the keyboards and percussion tracks, it’s as though Keane and Grech-Marguerat were inspired by Cher’s “Love and Understanding.”

Whatever Keane’s goals for the album may have been, the fact that—with the notable exception of “Black Rain,” a bald-faced stab at Hail to the Thief-era Radiohead—Strangeland sounds every bit as dated and overblown as the singles from Cher’s “rock” phase is inexplicable. Truly the only thing the album has going for it is a strong sense of melody. Songs like “On the Road” and “Neon River” may want for lyrical hooks, but their tunes are still memorable and robust. While that knack for a catchy pop melody is a reminder of at least one thing Keane used to do well, it isn’t enough to keep Strangeland from being the kind of failure that will take more than some positive motivation to shake off.