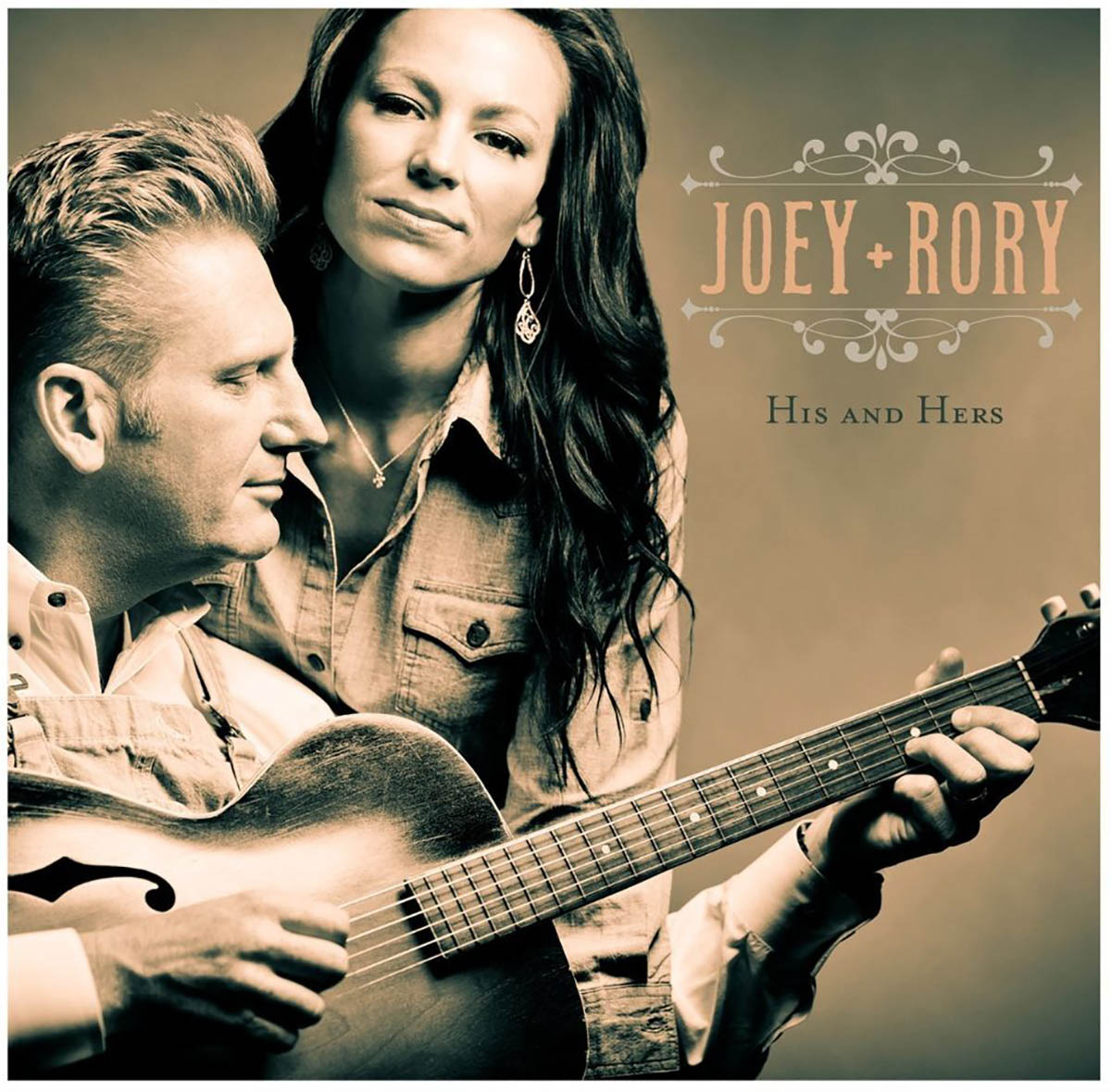 Although Joey + Rory’s His and Hers is a deeply conservative album in both form and content, the album is also something of a departure for the husband-and-wife duo in that it finds them considering broader themes and structures than they did on their first two outings. It’s too scattershot in its themes to work as a proper concept album, but the album does reflect how the perspective of each partner in a relationship can change over time. While much of His and Hers only engages with these ideas superficially (Rory sings lead on half the songs instead of taking one obligatory turn at the mic as he did on their prior recordings), there are a few moments when His and Hers threatens to become something far smarter and meatier.

On their previous albums, Joey + Rory fared better with uptempo material than with attempts at more serious ballads, but the opposite is true here. Lead single “When I’m Gone” is a spare, stripped-down meditation on the lingering effects of grief, with Joey Martin Feek turning a nuanced performance that highlights both the loveliest tones of her voice and her strong instincts as an interpreter. Its languid pace and lack of a hook ultimately make it a puzzling choice for a single, but it’s a thoughtfully composed song that takes a concept that could have very easily become maudlin or manipulative and turns it into something insightful. Though neither song is as complex as “When I’m Gone,” the hooks on both “Waiting for Someone” and the title track are more memorable, and both songs include lived-in details that elevate their straightforward narratives about blind dates and divorce settlements.

Unfortunately, the Feeks’ songwriting isn’t so consistently on point. “Someday When I Grow Up” aims for a playful, self-deprecating tone, but ends up as a cloying paean to suspended adolescence, while “Love Your Man” isn’t so much an homage to Tammy Wynette’s “Stand By Your Man” as it is a shameless retread. “A Bible and a Belt” will undoubtedly have its advocates for being exactly the song its title promises it will be, but it’s less problematic than the sloppily written “Teaching Me How to Love You.” The lack of specificity in that song’s narrative results in a verse in which Rory’s narrator either suggests that respecting clear boundaries is something that needs to be learned through trial and error or, in an even less charitable reading, outright reminisces wistfully on a botched sexual assault.

“Teaching Me How to Love You” is indicative of the overall problem with the album: Joey + Rory just don’t have a well thought-out or particularly coherent statement to make about modern relationships. However spirited and affable their individual performances and however competent their trad-country arrangements may be, merely trading off lead vocal duties isn’t progressive in and of itself, nor is it enough to bring depth to songs as shallow as “Someday When I Grow Up” or “He’s a Cowboy.” The he-said-she-said structure of His and Hers functions as more of a gimmick than a purposeful construct, and it’s not clever enough to compensate for the lapses in the quality of Joey + Rory’s songwriting.