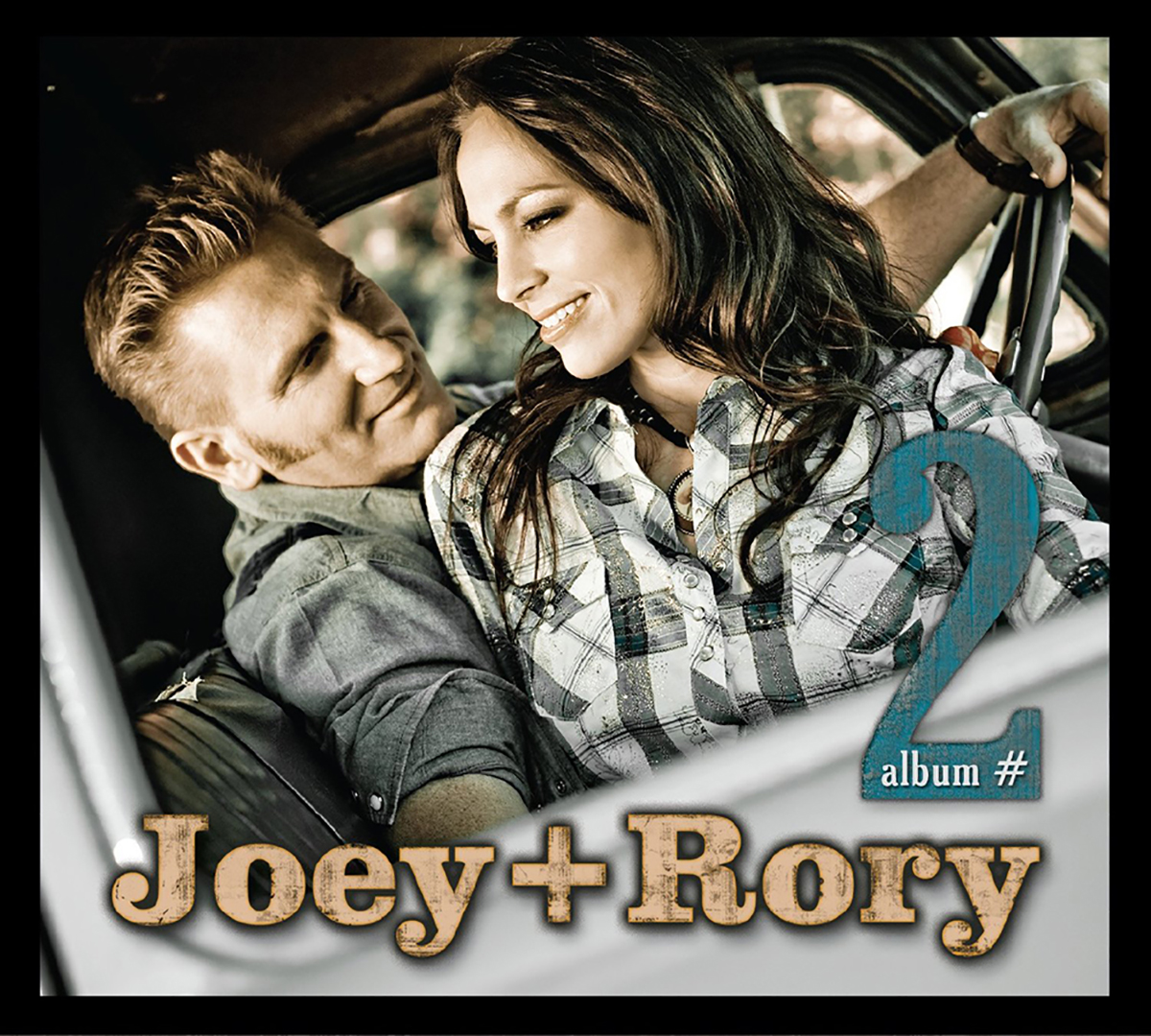 The highlight of the husband-and-wife duo Joey + Rory’s sophomore effort comes early, in the self-referential title track that opens the album. Taking stock of the unexpected success of their debut and noting that they “even had a hit” with the Grammy-nominated and just plain awesome “Cheater, Cheater,” they show off their traditional country chops and their quick wit in equal measure. Joey + Rory is a charming, smart couple, and they’re one of the most likable acts to come out of Nashville in years, and the problem with Album #2 is that it only intermittently hints at those winning aspects of their personas.

When they keep the material lighthearted, Joey + Rory shines. “All You Need Is Me,” on which Joey recounts the virtues of a cowboy who has caught her eye, works as one long, protracted pickup line, while “God Help My Man” serves as an effective and memorable follow-up to “Cheater, Cheater.” When she sings, “God help my man/If he’s foolin’ around” in the refrain, Joey attacks the line with gusto, but also with a bit of a wink. “You Ain’t Right” and “Baby I’ll Come Back to You,” which plays with the images of a dozen country stars like Dolly Parton and Toby Keith, aren’t quite as successful in balancing their humor with more purposeful songwriting, but they’re still more evidence that Joey + Rory do fun, escapist material better than most of their contemporaries.

It’s the more serious songs that bog down Album #2. While there’s no questioning their sincerity on “Born to Be Your Woman,” on which the couple sings a call-and-response arrangement to each other, the emotions are one-dimensional and the lines are cloying and clichéd. “Farm to Fame” charts a rote perils-of-fame cycle: It should surprise absolutely no one that the subject of the song ends up back in obscurity once his “few good years out on the road” have run their course. The duo is strong enough to sell material like “That’s Important to Me,” a paean to humble living, and “My Ol’ Man,” the only song on which Rory sings exclusive lead, but the songs themselves are too pat.

The baffling choice for the album’s lead single, “This Song’s for You,” is perhaps the worst offender. Less a song than a list of personality traits with all the specificity of one of John Edwards’s psychic readings, it works on exactly one level without a hint of depth beneath the surface. It plays well live, when the couple—joined by the Zac Brown Band—sings, “We’re up on this stage/But you’re the star,” but it simply doesn’t work as a studio recording or a standalone radio single. Zac Brown Band is riding an impressive hot streak, with a series of hit singles and industry award nominations and wins, so it makes a degree of sense that Sugar Hill would try to capitalize on their popularity in promoting Joey + Rory. It’s just that “This Song’s for You” is so weak that it hasn’t been able to build any momentum for the duo.

Considering the self-awareness and the acknowledgement of how ephemeral fame can be that Joey + Rory shows on “Album # 2,” it’s surprising that they would make that kind of miscalculation. Fortunately, Album #2 has enough bright spots that Joey + Rory should be able to build on their fanbase and ensure that there’s a third album just a couple of years down the road.