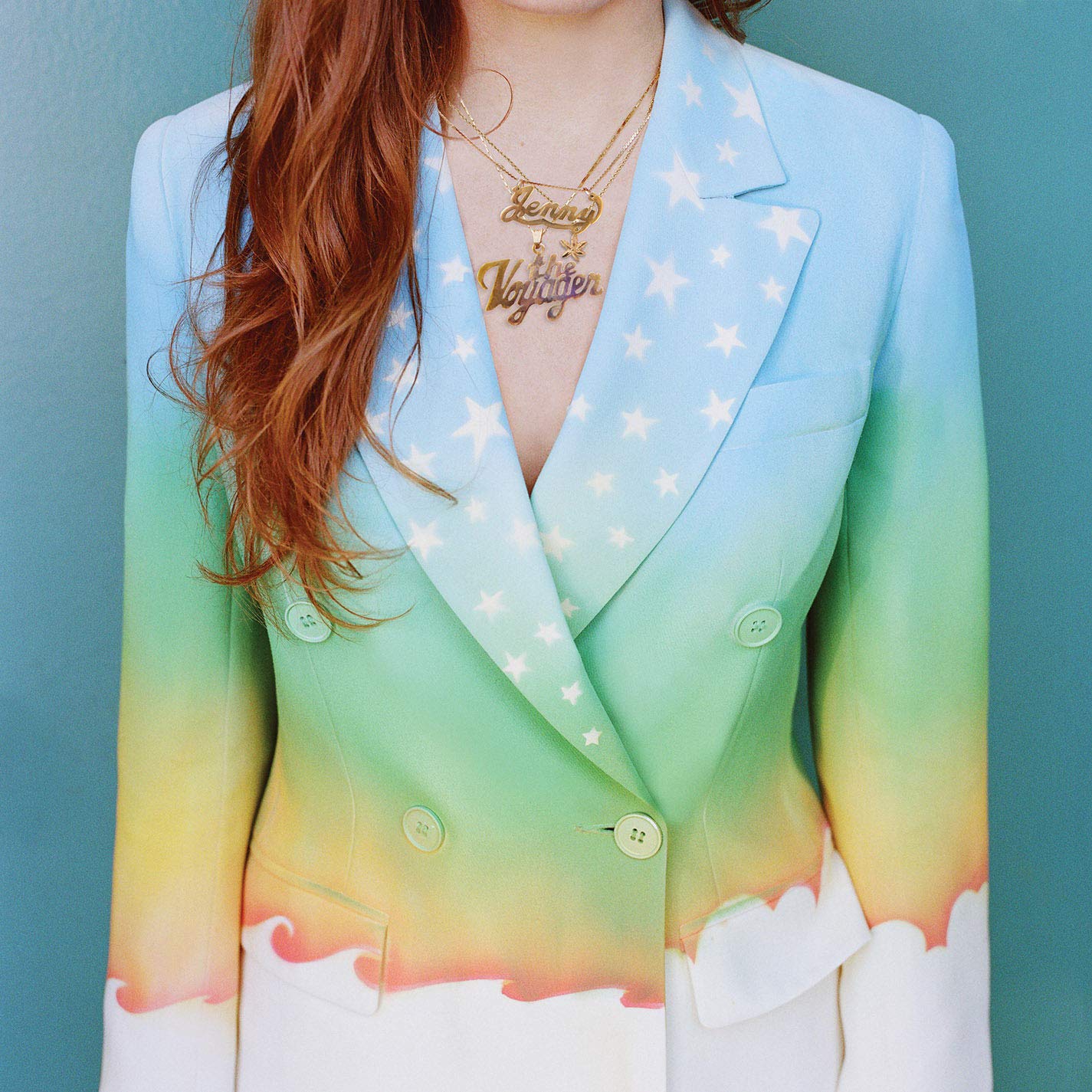 Jenny Lewis has made a career out of cultivating a certain measure of lyrical honesty, via diaristic songs that pitch personal trauma into the realm of sunshine pop, her sunny voice further sweetening the mix. In most cases this spinning of private pain into musical gold has been conducted behind some sort of screen, borrowed aesthetics intermediating between her and the music, as with the Laurel Canyon country of her first two solo albums, drawing perspectives and poses from all over the Americana spectrum. Most of those filters are removed on The Voyager, an intimate album apparently born out of some intense emotional distress. Eschewing most of her previous albums’ more fanciful elements (the updated folk narratives and outlaw-country barnburners), Lewis delivers a crisp collection of frank songs centering on her own experience, as a successful, yet still tormented, independent woman on the fringes of middle age.

This isn’t the most common focus for an album. Pop isn’t short on powerful female voices, but that strength is often founded on the calculated costuming of weakness; few singers are willing to dispel the illusion of stability and get down to the brass tacks of aging. Lewis’s compulsive eagerness to share makes her acutely prepared for such a bold admission of fear and confusion, and while her songwriting remains clunky at times, affecting an awkward mixture of earnestness and jaded sarcasm, her candor keeps things consistent. The focus on bold self-confidence hampered by nagging self-doubt gets summed up on tracks like “One of the Guys,” a seemingly bouncy song about the unwelcome ticking of a biological clock, and “Aloha and the Three Johns,” a blithe recounting of a collapsing relationship. “Slippery Slopes” takes on the travails of touring and infidelity, combining the two in an agreement of mutual convenience that stands as yet another emotional compromise, fitting for an album that imagines adulthood as a mounting series of personal concessions.

These songs offer a balanced mixture of exhaustion and wisdom, but on the whole The Voyager feels in need of more cohesion, some sort of uniting sound to give it structure. On Rabbit Fur Coat, the collision of full-throated country pastiche and straightforward rock matched the conflict between proud skepticism and lingering traces of religious doubt, and even the uneven Acid Tongue was buoyed by a consistently fierce energy. Produced by Ryan Adams with help from Beck, Rice, and Lewis herself, The Voyager changes in style from song to song, with most landing in the territory of late-’70s folk rock, sounds from a time in which the warm AM-radio aesthetic was giving way to the slick stylings of the ’80s. It’s a nice period setting for an album concerned with loss as a significant factor of aging, but too many songs here feel slackly constructed, and the overall musical mood only rarely connects with its lyrical content, leaving The Voyager as a moderately successful testimonial effort.