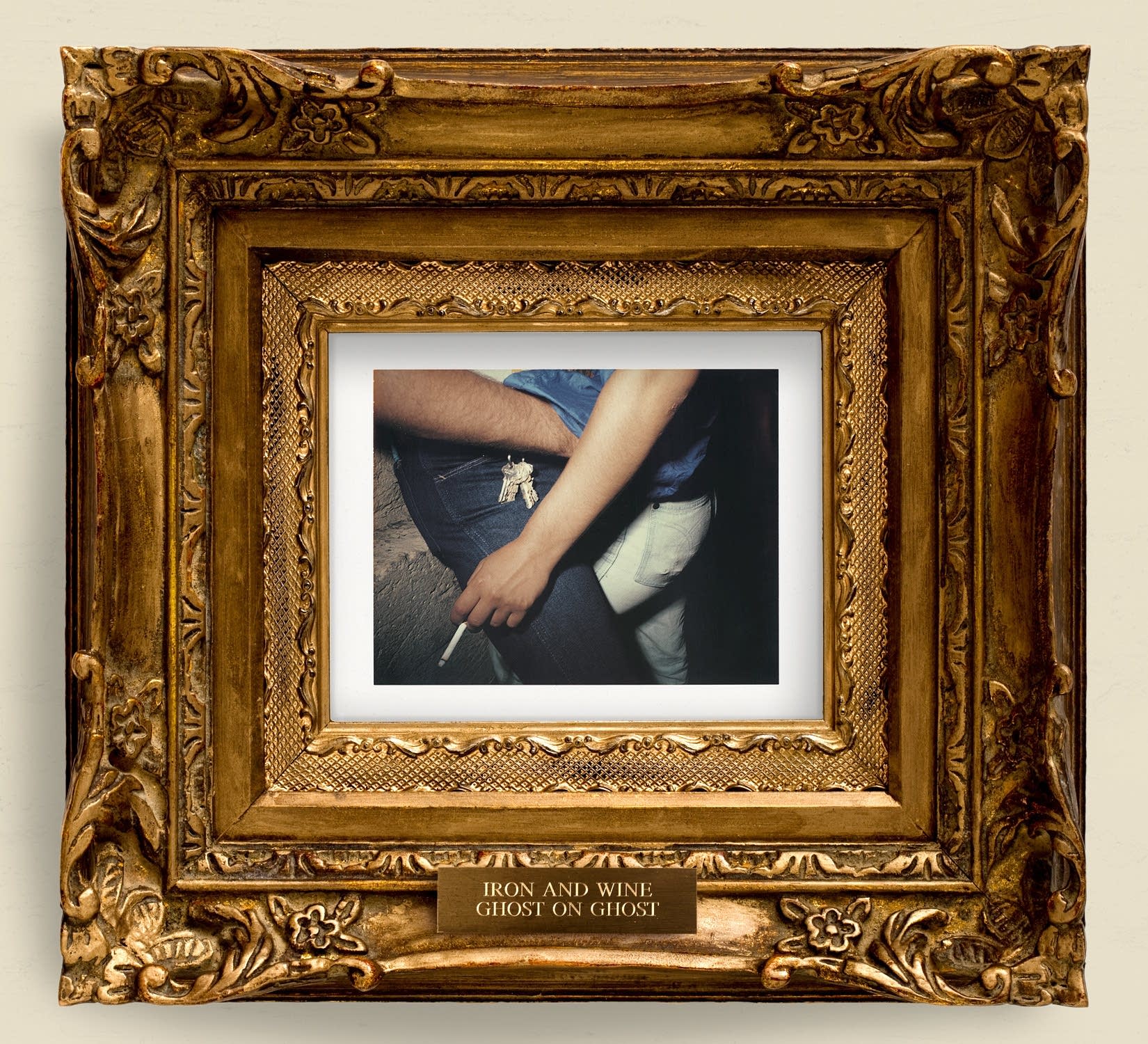 Over the course of his decade-long career, Samuel Beam has slowly but confidently shed himself of his bearded, lo-fi Appalachian skin in favor of an altogether different guise: a pop-embracing crooner who makes music for quiet Sunday mornings. Gone are the days of “Communion Cups and Someone’s Coat” and the litany of bathroom recordings that defined both The Shepherd’s Dog and Around the Well. Of course, he’s still bearded, but that’s one of the last remaining parallels that can be clearly drawn between Beam and former indie-folk peers like Bon Iver and Fleet Foxes. Ghost on Ghost completes a long-gestating transformation that first emerged with startling clarity on Kiss Each Other Clean, casting Beam as a smiling, self-oblivious Kenny Loggins-meets-John Denver amalgam.

This may sound like an unmitigated disaster, but in Beam’s case it works with disarming ease. Between Kiss Each Other Clean and Ghost on Ghost, the man behind Iron and Wine has never sounded more confident or instinctual, laying his honeyed voice over a collection of smoother-than-smooth tracks in what was purportedly a mere two-week recording period. Tracks like “Joy” are almost effortless, pairing all sorts of soft-focus instrumentation, from plinking keys to gently hissing hi-hats, with Beam’s pensive depiction of a beauty-meets-beast romance. Between shadowy pieces like “Low Light Buddy of Mine” and the country romp “Sundown (Back in the Briars),” Beam lays the sentiment on thick, brazenly unapologetic about his newfound obsession with unbridled schmaltz.

But Beam has nothing to apologize for, especially when considering his quick mastery of the plush, jazzy pop that riddles Ghost on Ghost. The album’s penultimate track, “New Mexico’s No Breeze,” is perhaps one of the best songs Beam has ever written, a picturesque road trip of a song that recounts a teenage exodus with the aid of starry-string accents and a set of arching vocal harmonies. It seems outlandish to suggest that pop music this well-produced is somehow fearless. But Beam never once looks back, showing a confident, unwavering hand as he continues to wed himself to coffeehouse-style soft rock. Given how routine and mechanical this genre has become the past few years, it’s remarkable to hear Beam, a songwriter of more rustic, folksy origins, make it wholly his own.