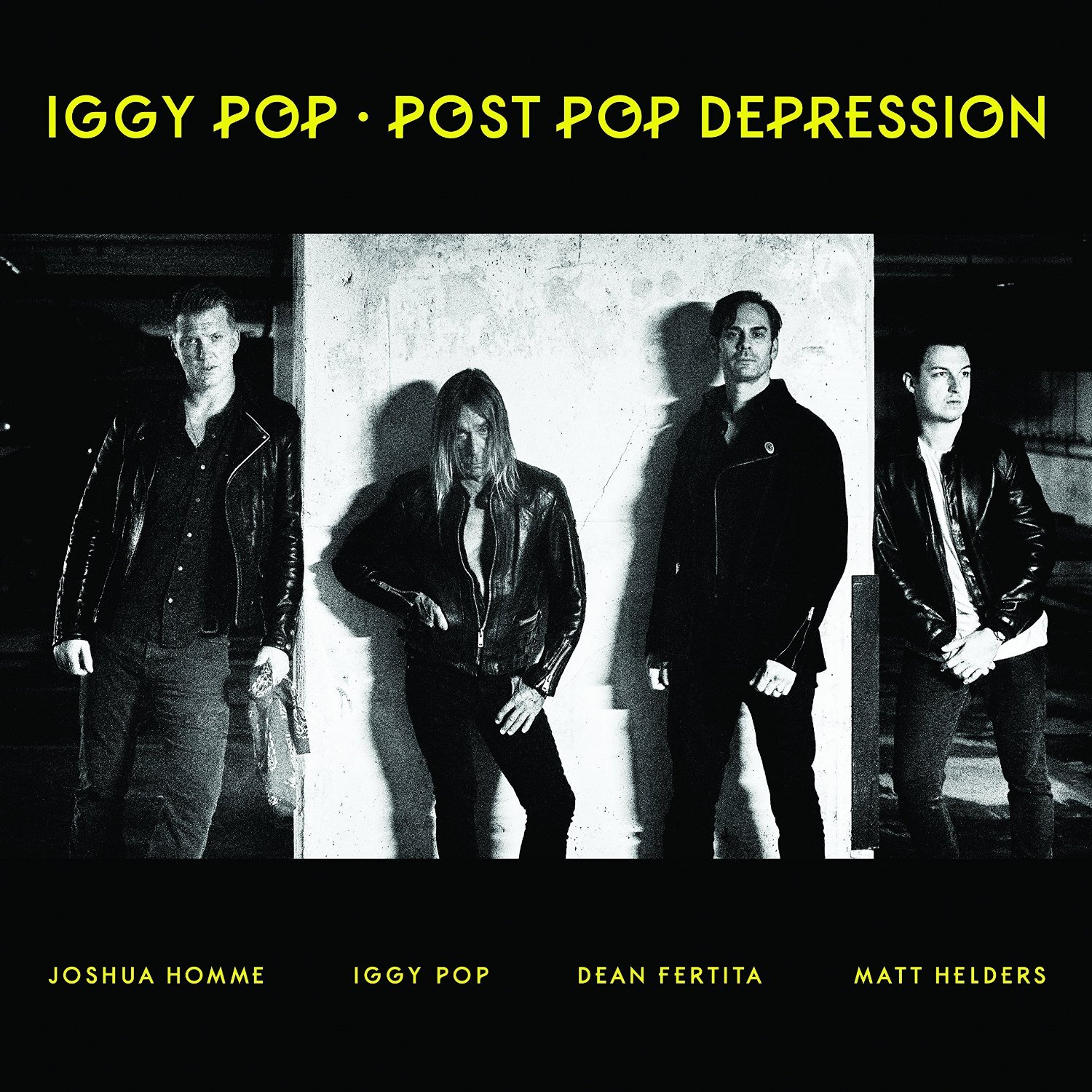 Asked recently by Internet radio station Beat 1 about his plans following the release of his latest album, Post Pop Depression, Iggy Pop answered plaintively: “I feel like I’m closing up after this.” We should all step back and marvel that Iggy miraculously managed to live past 1973, much less to retirement age, which is proof of divine intervention if there ever was any. But his statement isn’t all that surprising. After all, his most recent effort with the Stooges was titled Ready to Die, the cover art of which featured the eternally shirtless, stringy-haired rabble-rouser strapped into a suicide vest. The imagery wasn’t exactly subtle. But while that album was a suitably irreverent, even crass send-off for Iggy Pop the Dionysian stage-diving provocateur, musically it would have been a bit of a non-substantive swan song for a guy who, over the course of nearly 50 years, has intermittently been responsible for some of the greatest American rock music of all time.

Enter Josh Homme, who, as producer and primary musical accompanist on Post Pop Depression, seeks to deliver a proper send-off for Iggy the songwriter and pop pioneer. Iggy’s most notable work has always been defined by his high-profile collaborators: the Ashetons, James Williamson, David Bowie, and now Homme, who seems to want to remind everyone of the artist’s more subdued, tasteful side—the side that made pop records with a rock backbone in the ‘70s, like The Idiot and New Values. He certainly isn’t interested in revisiting the caveman rock of the Stooges, at times to the album’s detriment. A few songs, like “American Valhalla” and “In the Lobby,” are rather dreary, and feel like Homme and Pop just spinning their wheels; they could have used a bit of a Stooges-style kick in the ass.

Even on the slower songs, though, Homme and the stripped-down lineup he assembled for the album—fellow Queen of the Stone Age Dean Fertita, and Arctic Monkeys drummer Matt Helders—provide a heavy, rhythmic bedrock and stylistic versatility. They shine brightest on a pair of taut pop songs with new-wave echoes, the hooky, radiant “Gardenia” and the strutting “Sunday,” the latter of which cedes halfway through to lush classical strings and cooing female vocals. Both songs serve as reminders that Iggy’s musical horizons have always been broader than he often gets credit for.

Homme’s greatest contribution may be the fact that he knows how to record and mix Iggy’s vocals. On Ready to Die and 2007’s The Weirdness, the singing was so dismal and mixed so high that Iggy often sounded like a doddering, dementia-addled old man who had accidentally wandered into a teenage garage band’s practice session. On Post Pop Depression, he never touches his upper register, but at least his low-register crooning sounds commanding and melodic again.

Other than perhaps “Lust for Life,” Iggy’s never had much, if any, commercial success, instead finding himself content to do whatever the hell he wants at any given moment. That ethos continues on Post Pop Depression, which, tonally and in spots lyrically, doesn’t sound designed to elicit any warm and fuzzy feelings. He sounds rather prickly on cuts like the operatic western drama “Vulture” and the dark, driving “Break Into Your Heart,” with its smoky, woozy atmosphere and teeth-rattling midtempo guitar riffage. On closer “Paraguay,” after the song builds from slow, hazy strumming to a pummeling bluesy march, Iggy unleashes an epic, screaming rant that would be an entirely fitting way to end his career. Not to give too much away, but suffice it to say, it involves a laptop going in and out of multiple orifices. “I’ve had enough of you! Yeah, I’m talking to you!” he howls, not offering enough specifics to make it clear whether or not he’s speaking to anyone in particular. In effect, he’s railing at everyone and no one, and in true Iggy fashion, saying goodbye by telling us all to go fuck ourselves.

True/False 2016: Those Who Jump, The Prison in Twelve Landscapes, & More