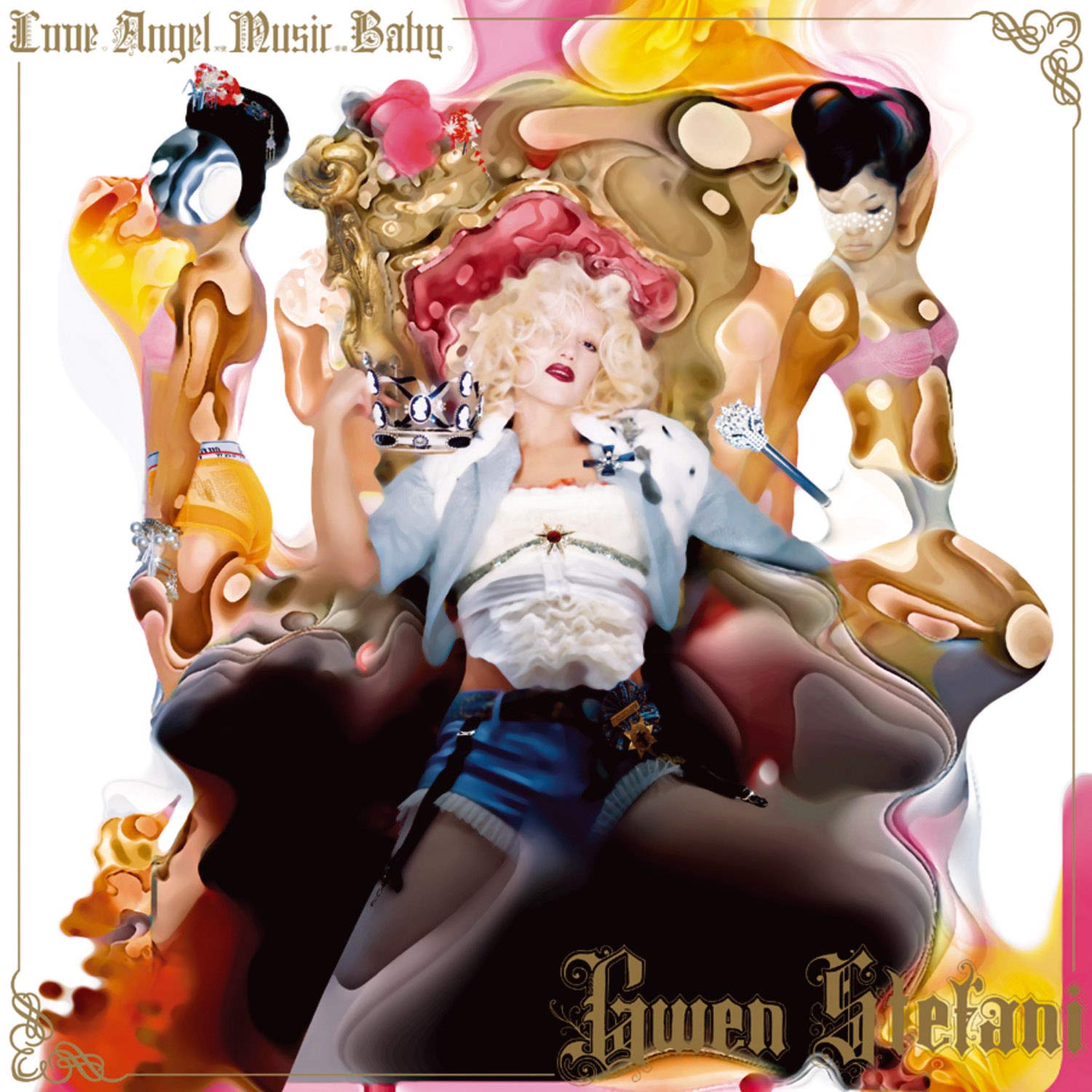 Gwen Stefani’s Love. Angel. Music. Baby. is about as much a solo record as No Doubt’s Rock Steady, only this time her longtime bandmates have been replaced with a bevy of high-profile producers and songwriters. In fact, toss in a few more guitars and L.A.M.B. could have very well been the next No Doubt album: Tracks like “Danger Zone” and the reggae/dub-infused “Rich Girl” wouldn’t sound out of place on the band’s last effort. Rock Steady was steeped in so much electronic programming, pop hookery, and club influence that you could almost see Gwen itching to whip Tom, Tony, and Adrian aside with her long ponytail and strike a disco pose.

Blond ambition aside, L.A.M.B. is actually a lot more like a Kylie album—it’s fun, but it’s not exactly rife with subversive social commentary. Unless, of course, you count Gwen’s fashion fetish: The girls of Harajuku, Tokyo’s equivalent to New York’s Soho, and her fashion line L.A.M.B. are mentioned in three songs apiece, with multiple shout-outs to Vivienne Westwood and John Galliano to boot. Her obsession with Harajuku girls borders on maniacal (she even goes so far as to suggest she’d like to “get” four of the girls and name them Love, Angel, Music, and Baby), but it gives the album a sense of thematic cohesiveness that may have otherwise been absent.

And with a list of collaborators like the one Gwen assembled in the studio (Linda Perry, Nellee Hooper, Dr. Dre, Dallas Austin, among others), cohesiveness is something L.A.M.B. desperately needed. The album can be divided into three separate parts: modern, retro, and somewhere in between. The first three tracks, including the lead single “What You Waiting For,” are decidedly 2004, while songs like “Serious” flawlessly recreate the throwaway lyrics (“Baby I’m worried about my mental state/Don’t know if I’ll recuperate”), vocal phrasing and background vocals, and synth sounds of the ‘80s. She may not have been able to get Prince to sign on to the project, but she got the next best thing in Jimmy Jam and Terry Lewis, OutKast’s André 3000, and Wendy & Lisa (the former members of Prince’s Revolution join New Order’s Bernard Sumner and Peter Hook on “The Real Thing,” a slice of vintage euro-pop perfection).

“Bubble Pop Electric,” featuring Johnny Vulture (a.k.a. André 3000), is all penny loafers, poodle skirts, and bowties, matching a ‘50s-style prom date rendezvous in the backseat of a car with a tricky time signature. Gwen has said that she set out to make a “guilty pleasure record,” but there’s nothing guilty about L.A.M.B. The lyrics of songs like the frothy ballad “Luxurious” are surprisingly sharp, and while the “What color is love?” queries of “Long Way To Go” (also featuring André 3000) might seem dated, it’s a subject Gwen knows plenty about (her interracial relationship with No Doubt bassist Tony Kanal was the inspiration for most of the band’s 1995 breakthrough Tragic Kingdom).

The Neptunes, whose beats are proving to be anything but durable these days, lace Gwen with a typically minimalist beat on “Hollaback Girl,” and “Crash,” one of three tracks co-written and produced by Kanal, features some near-fatal car metaphors, but Gwen maintains her signature sass throughout. It’s this impishness that helps make “What You Waiting For” one of the best “arrival” songs of all time. In a sexist industry, Gwen’s larger-than-life image often eclipsed her famously disgruntled bandmates, and it’s this insecurity that fuels her first official solo outing: “Your moment will run out/Because of your sex chromosome/I know it’s so messed up, how our society all thinks/Life is short, you’re capable.” Indeed, she is and everyone seems to know it but her.