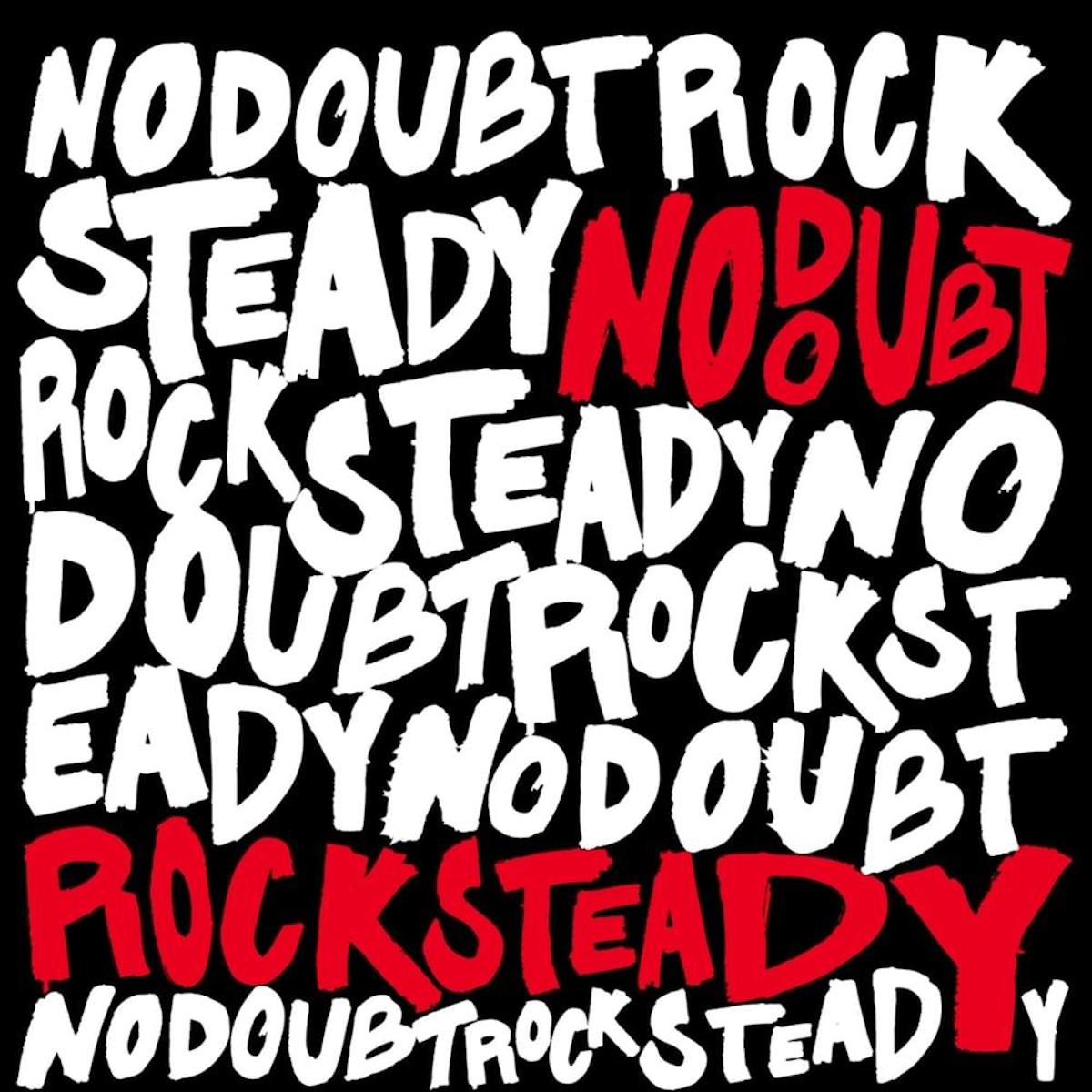 Ever since they did grunge mop cleanup with the rambunctious femifesto “Just a Girl,” and especially after the autobiographical ’90s staple love anthem “Don’t Speak,” omni-genre quartet No Doubt struggled to redefine themselves as a cohesive unit and not just a vehicle for Gwen Stefani’s inevitable solo turn as a pop diva. Forsaking the biological tick-tock mortality and marital themes of 2000’s Return of Saturn, an album that took a laborious five years to complete, and diving headlong into imaginary make-out sessions, groupie afterparties, and foolhardy detective-work, the band finally succeeded, producing their best work to date in Rock Steady.

That’s not to suggest that frivolous subject matter was the answer—dip your toes beneath the surface and the album is as personal as they come—but for once the actual music took center stage over Gwen’s breakup drama and baby yen. (There’s no doubting that Gwen is and always will be the band’s driving force, and the album often plays like a solo effort, but this would all probably be a moot point if she wasn’t a woman.)

With Rock Steady, No Doubt completed their transmogrification into life-sized cartoons and unwittingly supplied the world with its gooiest post-9/11 balm. “It’s icky, it’s sticky, ooh!” Gwen coos on the propulsive “Waiting Room,” a collaboration with the artist formerly known as The Artist Formerly Known As Prince that was originally meant for Return of Saturn. Prince helped the multihued frontwoman of the world’s biggest ska-pop outfit further explore her inner-kitsch and the finished product fits snugly alongside the electro-pop, dancehall, and new wave of Rock Steady than it ever would have on No Doubt’s previous album.

While slower tracks like “Running” and “Underneath It All,” co-written by Dave Stewart, sound like super-polished Saturn leftovers, the album offers up more of the new wave deliciousness that was promised with 1999’s “New,” the band’s collaboration with Talking Head Jerry Harrison. Indeed, “Don’t Let Me Down” and “Platinum Blonde Life,” produced by the Cars’s Ric Ocasek, both deliver a head-rush circa 1981.

Not since Blondie—an earlier example of a band eclipsed, perhaps, by its frontwoman—has a rock act so effortlessly, irreverently, and fashionably skidded across so many different genre boundaries at one time. The retro “Hella Good” previewed Gwen’s dance-pop ’80s fetish, which came to a head on Love. Angel. Music. Baby. But Rock Steady never abandons No Doubt’s more obvious roots; the dancehall rocker “Hey Baby” and the feel-good dub of “Start the Fire” find the band sunnier (and tighter) than ever. Even beneath the sheen of “Underneath It All” you can hear Tom Dumont’s signature guitar riffs.

Gwen’s lyrics are still personal, only the focus is no longer bassist Tony Kanal, but future husband Gavin Rossdale. Impatience is a central theme, whether it’s long distance lust on the William Orbit-produced “Making Out” (“The flowers arrive to my surprise/But that just ain’t good enough”), patience on “Waiting Room” (“What a price this traveling love”), and trust and suspicion on “In My Head” (witnessing her own band’s backstage antics surely didn’t help—see “Hey Baby”).

Rock Steady’s title track is the centerpiece of the album, a dub lullaby that seems to tie the whole set together thematically (“Love is like a punishment/Homegirl here to represent,” Gwen sings) and musically (not that it needed tying together, despite its seven different production teams). Rock Steady is rife with the kind of songs that conjure vivid images in the listener’s mind, and that’s a testament to both the band’s music and Gwen’s lyrics. When first hearing “Detective,” you can almost see the film noirish video that could have been. The track is home to a tarty hip-hop melody that was probably picked up somewhere between Gwen’s duet with Eve and the band’s studio dabblings with Dr. Dre and the Neptunes (only one of those collaborations, “Hella Good,” made it onto the final album). But personality crises aside, Rock Steady is as consistent an effort (and as enjoyable a listen) as one can expect from a band that refuses to stand still.