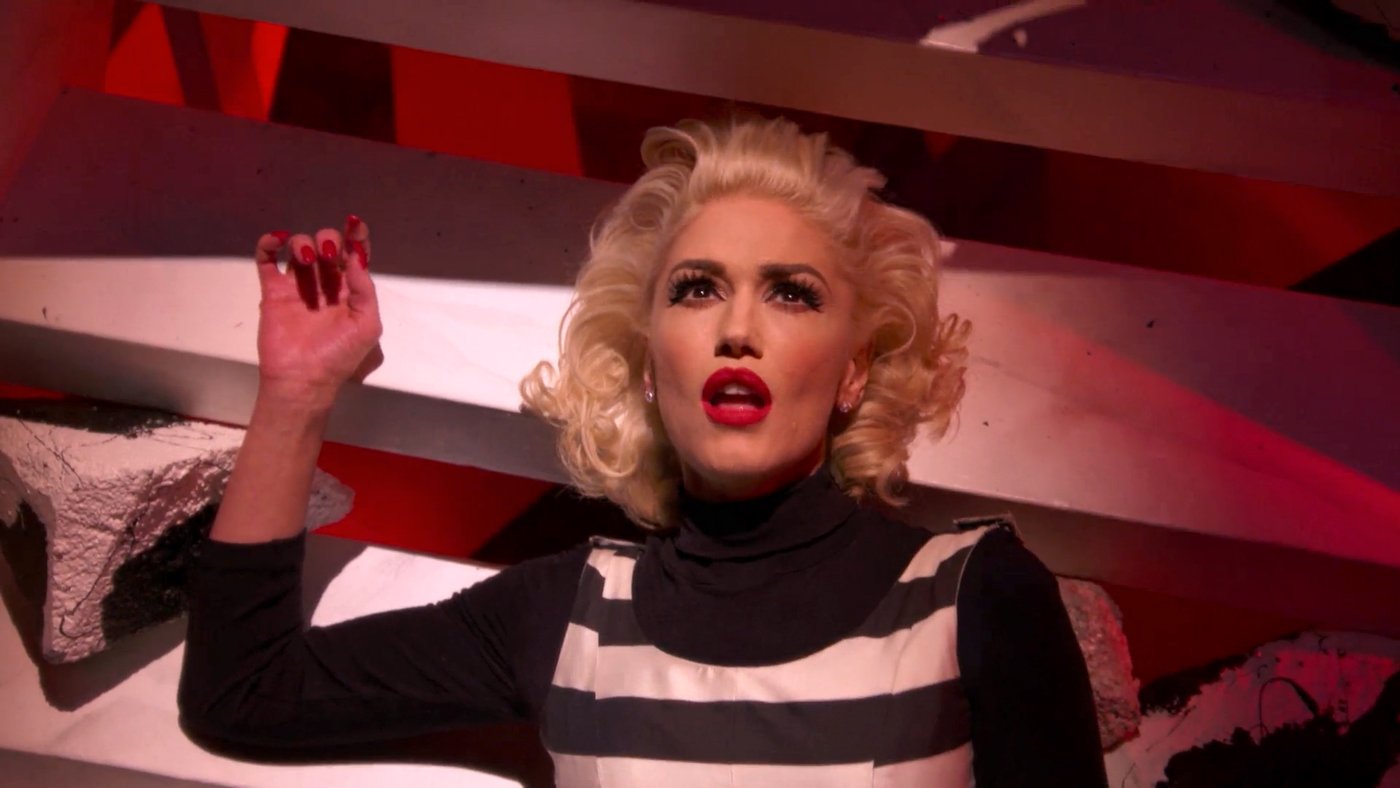 One of the most memorable performances from last night’s Grammy Awards broadcast took place during a commercial break. Target teamed up with Gwen Stefani for the first music video ever created on live TV, and watching it unfold in real time offered the same thrills as last month’s exhilarating Grease: Live: The video, which opens with the No Doubt singer awakening after an ugly car crash and being primped for a first date, offers audiences the chance to bask in its creators’ virtuosity, as well as the thrill of watching them fall on their faces—figuratively and literally.

In fact, Stefani and longtime collaborator Sophie Muller, who directed the clip, were clearly betting on the latter sensation. During the song’s vocal breakdown, Stefani’s glittery orange high heels are swapped for roller stakes by a stagehand whose fingers momentarily peek into frame, and Gwen is whisked off to an adjacent roller rink, where she’s cleverly swapped for a body double who takes a hard spill. It’s quickly revealed, of course, that Stefani is safe and sound in the center of the rink, preparing for the video’s impressive final aerial shot.

After a few false starts, the much-publicized breakup of her marriage—reflected in the video’s black-and-white-and-red-all-over opening shot—seems to have inspired Stefani to strike a new tone for her first solo album in 10 years. Though last fall’s “Used to Love You” didn’t fare much better on the charts than 2014’s underwhelming singles “Baby Don’t Lie” and “Spark the Fire,” the autobiographical track served as a reset button for the project in the wake of Stefani’s split with husband Gavin Rossdale. The infectious “Make Me Like You” is decidedly more buoyant, reminiscent of 2006’s “The Sweet Escape,” but it still scans as a peek into the newly single—and clearly revitalized—singer’s personal life.

Stefani’s new album, This Is What the Truth Feels Like, is due March 18th on Interscope.