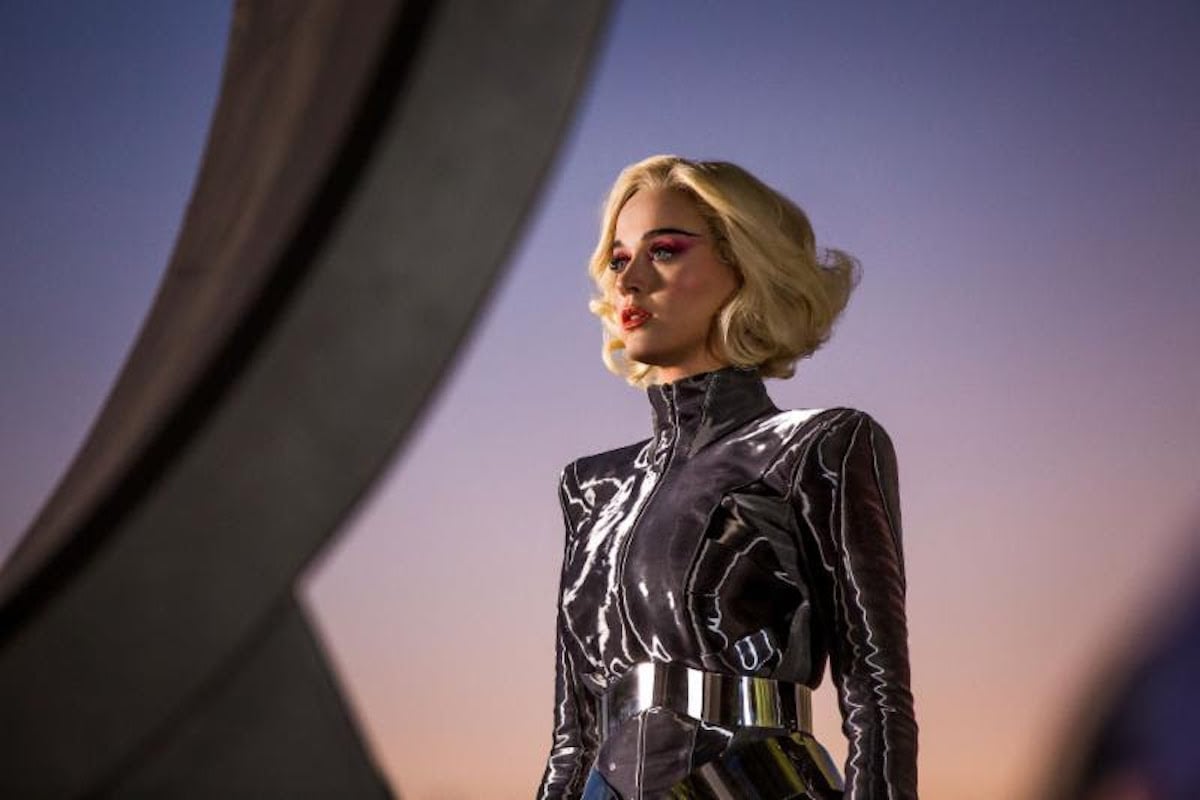 If the political underpinnings of Katy Perry’s new single, “Chained to the Rhythm,” were too subtle for some, she made sure to put a fine point on her message at last week’s Grammy Awards, concluding her impressively choreographed debut performance of the song with a projection of the preamble of the United States Constitution. The new music video for the track is notably less pointed, offered up with more than a spoonful of the sugary, colorful imagery we’ve come to expect from Perry.

Helmed by Mathew Cullen (director of Perry’s similarly vibrant “California Gurls” and “Dark Horse” clips and co-founder, along with Guillermo del Toro, of design studio Mirada), the video takes place at Oblivia, the utopian amusement park previously revealed in a teaser narrated by George Takei. Guests of the futuristic park march like “zombies” in synchronized hours-long lines to board rides—seemingly inspired by the 2011 short film The Centrifuge Brain Project—called the Great American Dream Drop and the Wheel, a giant hamster wheel ironically dubbed “the greatest ride in the universe.”

As is often the case in imaginings that romanticize the innocence of a recent American past, the future in “Chained to the Rhythm” is decidedly vintage, with guests dressed in early-1960s fashions. Curious cat Katy, of course, is quick to lose her state-sanctioned purity when the pink-haired singer pricks her finger on the thorn of a rose. Later, when she removes her 3D glasses during a film presentation, Skip Marley walks off the screen to personally deliver his subversive message to her and the spell is inexplicably lifted.

Though its filled with all of the tongue-in-cheek eye candy one might expect from a Perry video, as well as blink-and-you’ll-miss-them touches like a black couple being flung over a fence with the words “Safe Trip Home” painted on it, “Chained to the Rhythm” doesn’t take its premise—or her character’s awakening—to their logical conclusions: Perry doesn’t televise the revolution or even try very hard to awaken the other so-called zombies, nor is Oblivia figuratively or literally imploded from within. Perhaps a sequel is in order?

Perry’s as-yet-untitled new album, her first since 2013’s Prism, is due out later this year on Capitol Records.