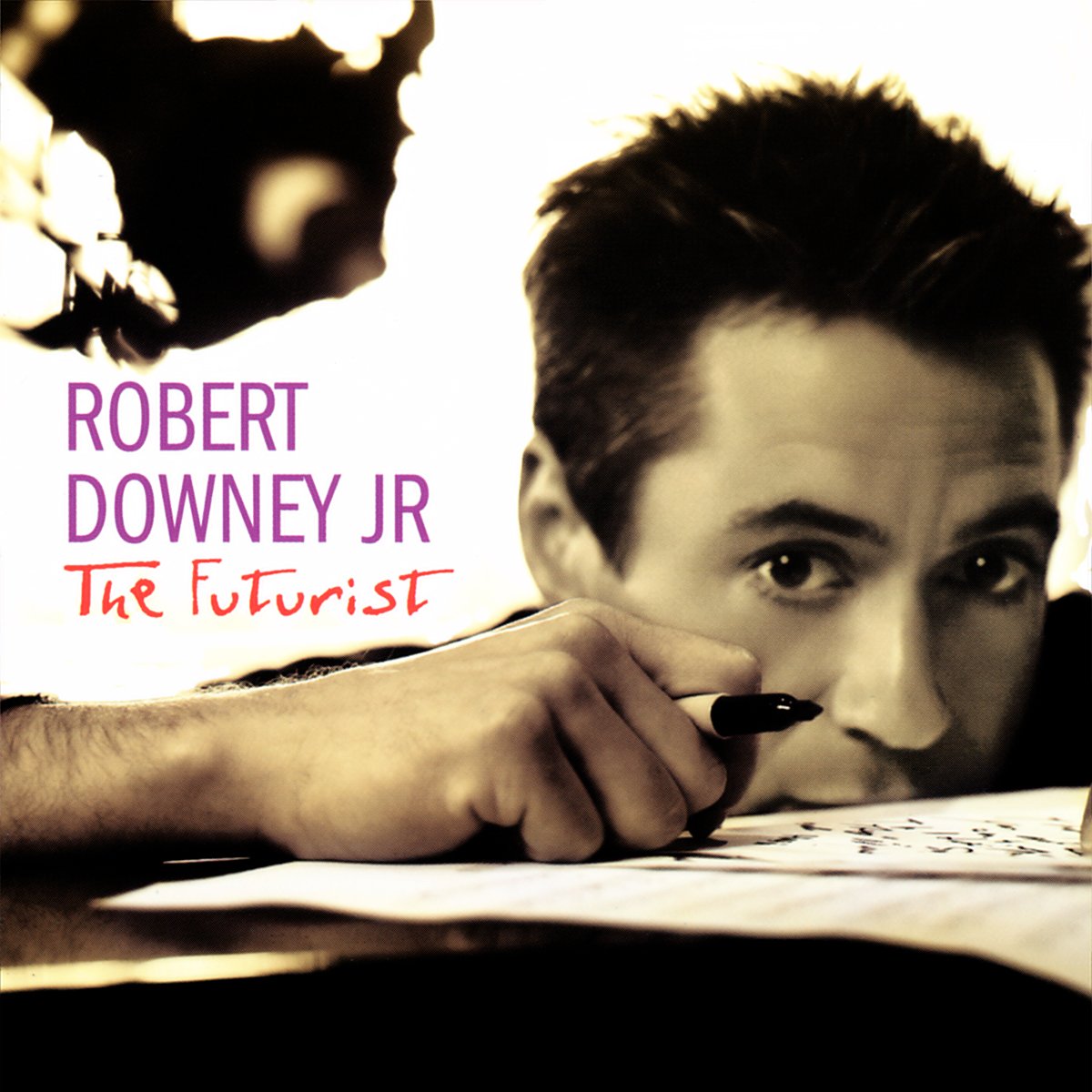 I never took the time to watch Ally McBeal when Robert Downey Jr. was a cast member to see if he ever waxed Vondaesque. But I do know that any time an actor gets the Renaissance Itch and deigns to write a book of poetry, unveil an exhibit of panoramic photography, or cut an album of standards, they come under an intense and maybe unfair level of scrutiny. Perhaps it’s because our respect toward actors is directed at their ability to morph and conceal their true identities behind characters and intense emotions, whereas we expect our singer-songwriters and poets to have a preternatural connection with their inner essence, or prejudices to that extent, and never betwixt shall the two meet. The final track on Downey’s new album The Futurist (released by Sony Classical in an astonishing gesture of confidence) just about spits in the face of this double standard, as the man who was nominated for an Oscar for his portrayal of the Little Tramp in 1992 wraps up his collection of cocktail lounge ditties with a very Vince Guaraldi arrangement of Charlie Chaplin’s “Smile,” as if to suggest that he owns the role of Chaplin to the extent that the legend’s signature tune couldn’t possibly be out of place alongside nine of his own songs (two written with the help of Mark Hudson). It’s not, but that’s only because the entire album is so palpably jonesing for a crushed velvet Norah vibe that the essentially pulse-devoid monotony makes it difficult to discern whether the songwriter is alive or dead in the first place. I’ll give Downey credit where credit is due: if Jones deserved 17 Grammys (or whatever tally they capped her off at), then he probably deserves 18. His seeming attempt to channel his Short Cuts co-star Annie Ross’ smoky ambiance (but without any semblance of her emotional solitude) is a pretty accurate replication. And the musical backdrop is so predictable that it doesn’t allow him a single fold to hide his voice behind, resulting in a set of bare, warts-and-all performances. (This isn’t always for the best, though: he wrote the stubborn chord transitions in “Little Clownz” but yet they seem to elude him completely when he attempts to sing them.) One of the songs is titled “5:30,” presumably signifying the very end of a long night, but I’d put The Futurist at about 3 in the karaoke bar, long after the hot shots have finished their nightcaps and at the precise moment when the shy guy in the corner has finally worked up the nerve to sing to a nearly empty room.