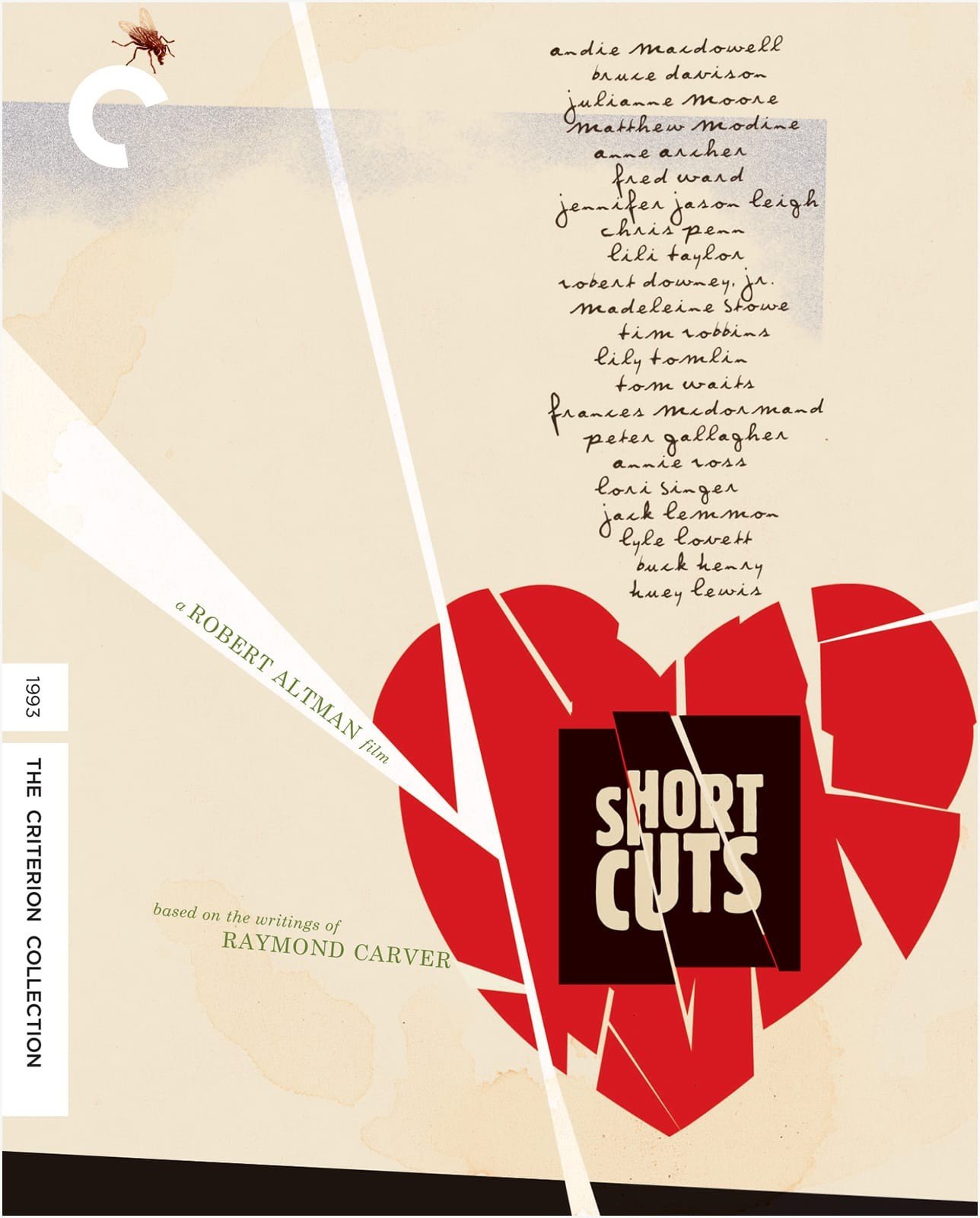 Given Robert Altman’s fondness for working with ensemble casts, it comes as no surprise that his films often provide a shambolic cross-section of a particular institution or locale, whether the titular mobile army hospital of M*A*S*H, the indigenous country music scene in the great network narrative Nashville, or the intersecting lives of 20-odd Angelenos in 1993’s Short Cuts. For Short Cuts, Altman and co-screenwriter Frank Barhydt mashed together nine stories and a poem from “dirty realist” writer Raymond Carver, shifting their setting from Carver’s beloved Pacific Northwest to suburban Los Angeles—a place Altman clearly feels much more ambivalent about. The result is a shared cinematic space in which the various characters can carom off each other in unexpected ways. Discovering the unanticipated linkages between the storylines becomes one of the film’s frequent surface pleasures.

Altman famously gave his actors plenty of room for improvisation. This emphasis on behavioral naturalism—as well as his penchant for orchestrating overlapping dialogue—imbues his films with a down-to-earth, lived-in feeling. Carver’s stories are equally low-key: Typically, some random occurrence leads the protagonist not, as in James Joyce, to a hifalutin existential epiphany, but rather to a bittersweet moment of often ironic clarity. The biggest difference between Carver’s fiction and Altman’s film is that while the sexual and ethical tensions that are rife throughout the stories rarely come to the surface, they find collective and catastrophic catharsis in Short Cuts’s earthshaking finale.

Disaster is implicit from the start. The film’s opening shots follow helicopters as they spray sections of Los Angeles with pesticides to combat medfly infestation. For Altman, the city is quite literally a quarantine zone, a hazy megalopolis that’s still as insular and isolated as in his previous, Hollywood-skewering The Player. This introductory vignette, while considerably less flashy than the eight-minute tracking shot that opened the earlier film, similarly serves to delineate Altman’s extensive cast of characters: White-collar or working stiff, they’re almost always couples, and we invariably meet them just as they’re about to turn off onto one of those unexpected existential detours that lend the film its title. The only characters not plucked directly from Carver are jazz chanteuse Tess Trainer (Annie Ross) and her cellist daughter, Zoe (Lori Singer). While the pair has their own narrative downbeats to hit, their music functions as a kind of Greek chorus, bridging storylines and even supplying some mordant thematic counterpoint.

Altman described his approach to Short Cuts as “lifting the roof off” the characters’ homes and peering inside. Certainly there’s a wide vein of voyeurism running through the film. What’s more, Short Cuts maps out an intriguing psychological progression from looking to taking to destroying. When Honey (Lili Taylor) and Bill Bush (Robert Downey Jr.) agree to apartment-sit for a neighboring couple, their initial curiosity about the way other people live soon morphs into an aggressive takeover of their neighbors’ possessions. Stormy Weathers (Peter Gallagher) spies on his philandering wife (Frances McDormand) until he can gain access to their home in her absence and systematically take it apart piece by piece.

Another possibility exists: rather than objective demolition, an exchange of goods and services. Dr. Ralph Wyman (Matthew Modine) and his artist wife, Marian (Julianne Moore), set a dinner date with out-of-work Stuart (Fred Ward) and Claire Kane (Anne Archer), a professional clown. Because neither couple wants to be left alone with an inconvenient truth (adultery, the discovery of a dead body), their strained soiree soon devolves into a Felliniesque bacchanal, complete with clown paint, that teases the possibility of a partner swap. Picnicking in Griffith Park, Bill and his buddy, Jerry (Chris Penn), leave their wives behind to track down two teenyboppers on bikes. For Jerry, frustrated to the point of explosion with his wife’s at-home phone-sex franchise, Bill’s salacious shit talk takes on a lethal significance.

Altman’s Nashville concludes its scarily prescient examination of the nation’s emerging politico-entertainment coalition with a concert-cum-assassination. Short Cuts seems at first blush to lack such an eminently logical endpoint. But Altman and Barhydt hit upon one of the archetypal Angeleno obsessions: waiting for “the big one,” the cataclysmic seismic shift that will cleave California cleanly from the continent. What happens at the end of Short Cuts isn’t quite as apocalyptic as all that; nevertheless, it allows the characters to register their idiosyncratic responses to an extremely clear intimation of mortality. Suffice it to say, not all of them react with the same élan as Earl and Doreen Piggott (Tom Waits and Lily Tomlin), huddled helplessly in their double-wide’s doorway, pledging to ride out the end of the world together.

The Criterion Collection’s new 4K digital transfer is definitely a step up from the 2004 DVD, with significant upticks in color density, contrast, and the clarity of fine details. Robert Altman’s aesthetic was never about looking slick, so there’s often a softness to the film’s imagery, and healthy levels of grain are evident in many scenes. The Blu-ray disc presents the same three audio options as the DVD release: two-channel surround, 5.1 surround, and an isolated music track that spotlights Mark Isham’s score, Lori Singer’s cello quintet, and Annie Ross’s jaded torch songs.

Criterion ports all the extras from their DVD onto a second Blu-ray disc. Unfortunately, there’s nothing new, but what’s here is a robust roster of supplements that divide their focus between the film and Raymond Carver. Altman and Tim Robbins discuss their experiences working together on The Player and Short Cuts, with a lot of attention given to Altman’s rapport with actors. The feature-length making-of doc “Luck, Trust & Ketchup” combines behind-the-scenes footage with on-set interviews of the cast and crew, as well as Carver’s widow, Tess Gallagher, and portrait artist Don Bachardy.

A section on the film’s marketing illustrates the difficulties Fine Line Features had extracting a unified sales campaign out of the expansive network narrative with a wide variety of promotional art, trailers, and numerous TV spots. Concerning Carver, there’s an hour-long PBS profile with the usual biographical overview, reminiscences from fellow writers, and selected readings from Carver’s poetry by Studs Terkel. And if you want to delve more deeply into the writer’s working process and attitudes, there’s an hour-long audio interview conducted by the American Audio Prose Library. The only thing missing is the Vintage Carver collection that came with the DVD set.

Robert Altman’s sprawling tragicomic testament to fate and infidelity gets an impressive 4K upgrade from the Criterion Collection.