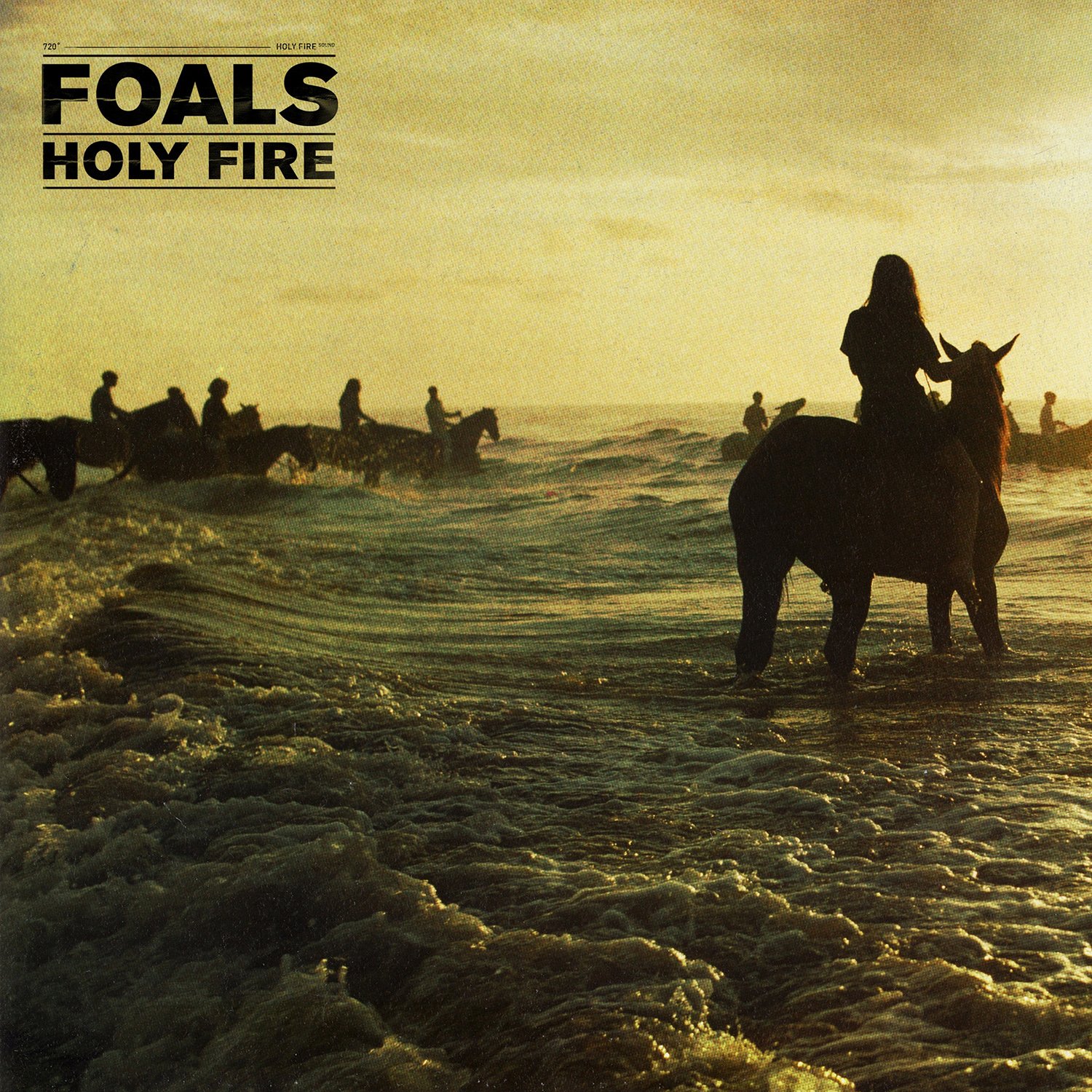 Foals’ 2010 album, Total Life Forever, was a gorgeous bit of marine-themed pop, taking as much inspiration from the placid rhythms of the sea as the lean post-punk that informed the band’s previous work. Considering its long gestation period, Holy Fire seemed poised to offer some conceptual tweaking of the band’s sound. Which is why it’s a little disappointing to wade into the album, past the fuzzy, throat-clearing emptiness of opener “Prelude,” and find a lead single like “Inhaler,” a roaring burst of nothing, which crosses the group’s familiar finger-tapped guitar aesthetic with the cheeseball theatrics of an act like Muse.

This heightened style continues across Holy Fire, whose loud, busy songs are consistently pitched toward the rafters. Perhaps befitting the transition to a major label, Foals have punched up the drums and vocals, added more lead guitar, and pursued a more straightforward rock angle—sharp qualities that only highlight the intrinsic hollowness of these songs. It’s a somewhat disappointing change of pace, but one that can nevertheless be appreciated by adjusting expectations; even if the band isn’t pushing new boundaries, this new stance sort of fits them, coming across as a culmination of their previous material rather than a misstep.

If anything, Holy Fire is a stern reminder that Foals were never exactly subtle in the first place. Their first album, Antidotes, was an equally inelegant affair, full of barked vocals and grating guitar work. Even Total Life Forever, while steeped in a shimmery sense of delicate craft, wasn’t much on the lyrical side, with an inclination toward heavy-handed pronouncements and bombastic choruses, which now read as incipient arena-rock tendencies. Those inclinations explode here, but the cocksure attitude with which they’re delivered assures that Holy Fire sells the transition, functioning as the sound of a band accepting their own pomposity; even relatively delicate tracks like “Moon” are steeped in a sweltering sense of self-seriousness.

Five years ago such a shift might have been more irritating, but as the legend of the Major Rock Group continues to dissipate, there’s a general shortage of bands convinced of their ability to save the world. There may one day be another U2, but for now groups with the sweeping ambition to make a push for arena audiences are being forced to vie for a smaller prospective pool of fans, with most plying sounds based in rootsy folk and blues or dance-oriented electronica rather than old-hat guitar-rock maximalism. Basically, fewer modern rock acts have the resources or fatalistic drive to reach toward such heights of operatic grandiosity, a style that Foals pursues to reasonably successful effect here with driving, repetitive songs like “Out of the Woods” and “Providence.” With two relatively successful albums under their belt, the band seems buoyed by the concrete assurance of their own skill; even if that greatness isn’t completely evident, there’s ultimately something winning about their confidence.