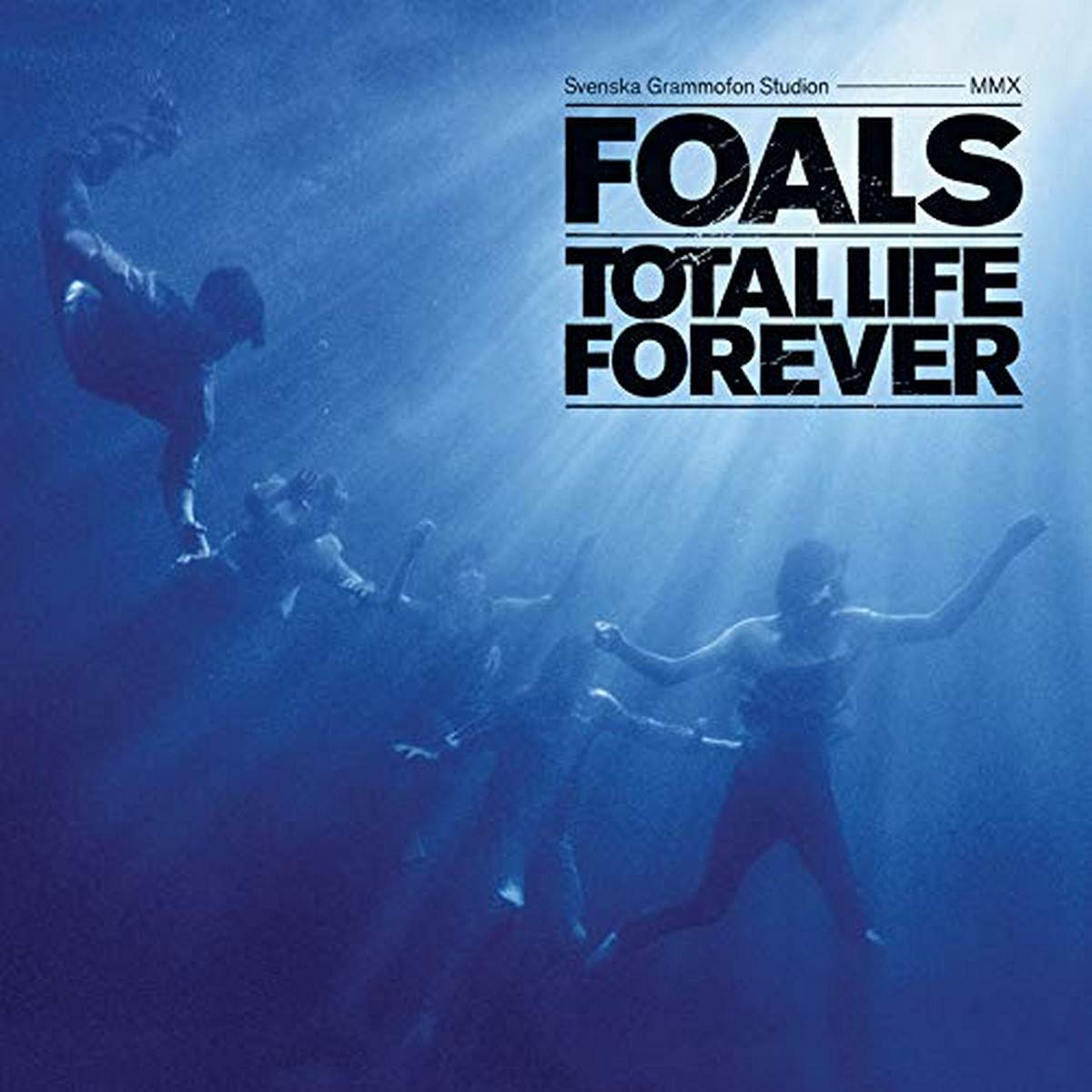 There may be a Grammy award given for album packaging, but as physical matter gives way to digital data and tiny iTunes-nested album covers, this recondite honor will likely become a thing of the past. Even in this age of direct downloads there’s a retrograde pleasure in finding a package that’s the perfect aesthetic companion to the music inside. In this respect, the dreamily illustrated case that encloses Foals’s Total Life Forever, its floating bodies suspended in shadowy blue ether, is a great complement, acting as the ideal segue into the album’s fantastically accomplished sense of mood.

The 12 songs here definitely feel like they’re underwater, imparted with a measured weightlessness, from the tidal shimmer of “Miami,” with its jerky pulse and maritime lyrics, to the depths of closer “What Remains,” where deliberate guitar taps are released like surface-bound bubbles. All of this seems extraordinarily focused, especially considering the sloppiness of Foals’s first album, ??, which showcased their innate potential but never really found a cadence. The collusion of elements here, including the use of en-vogue sounds (hovering melodies nicked from the Grizzly Bear playbook, a little of Jim James’s ethereally spacey vocals) to create a consistent feeling which develops across songs while retaining individual variety, is impressively mature.

There are, of course, a lot of albums that sound oceanic. But Foals captures that feeling better than any since Tim Hecker’s Harmony in Ultraviolet, with its towering waves of fuzz and whitecaps of white noise that perfectly nailed the sound of the ocean. Emulation of the sea, with its natural beats and rhythms, seems to be a natural sonic impulse; Foals makes its fulfillment look effortless.

This kind of proficient focus enhances a song like “Alabaster,” the backing vocals of which twist like undersea plants, by placing it among a continuum of like-minded experiments. In this way, the album remains buoyant from beginning to end, enough so that even the moments that fall short lyrically or lapse uncomfortably into minimalist near-silence are sustained by the momentum. Like its perfectly integrated packaging, Total Life Forever is successful because of attention paid to the things around it, a combination of direct influence and creative rigor that makes for a stirring experience.

Review: Young Jeezy, Trap or Die 2: By Any Means Necessary