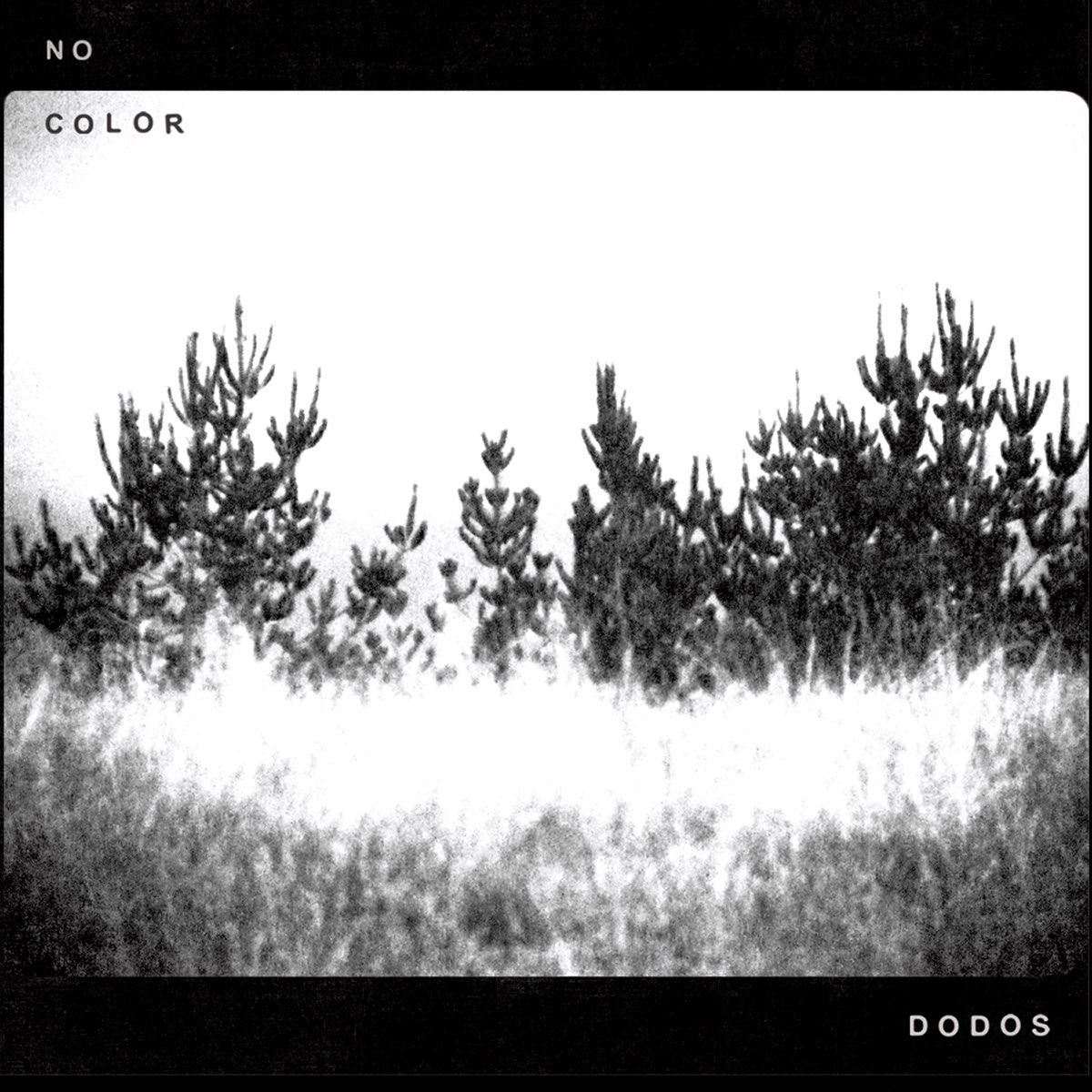 The engine that fueled the Dodos’s Time to Die, and to a lesser extent ran Visiter, keeps chugging along on No Color, which opens with a bursting immediacy that barely flags over nine tracks and 40 minutes. While Time to Die worked as a sustained build-up from the ambling “Small Deaths” to the racing “Two Medicines,” this album seems to be all speed and energetic musicality. In one clear sign of the vivacity on display, drummer Logan Kroeber’s playing routinely spills over from the heads of his drums to their rims, incorporating a tinny, metallic element into the band’s songs.

Moving forward without the assistance of contributing vibraphonist Keaton Snyder, No Color is especially drum-heavy, and Kroeber’s unconventional style works toward forming a repartee between the group’s two members, who converse in a style that at times resembles jazz musicians. As another interesting affectation, Kroeber plays, as he always has, without a bass drum, instead using a tambourine taped to his shoe. This forces him into a style that can’t be dependent on standard beats, and one with far less thump, demanding an ingenuity that positively affects the formation of the songs. His playing is a continual reminder of the untapped potential for what’s too often a workhorse instrument, and makes even the band’s most ordinary songs, like the long, loose “Going Under,” sound sharp and unconventional.

Working off this eccentric foundation opens up opportunities for guitarist Meric Long, who also writes the group’s functional, if unassuming, lyrics. He usually functions as a straight man, the spine to Kroeber’s off-beat, tom-centered pounding, laying down clear-cut, unwavering guitar work on tracks like “Good.” But Long also has chances to play lead to his own rhythm lines on multi-tracked songs like “Don’t Stop,” where he layers on strange, jagged solos. The band creates a marvelous amount of depth for two guys with a relatively barebones setup. They’re so tight that the appearance of Neko Case, who shows up on several songs, most notably on “Don’t Try and Hide It,” feels almost extraneous. Her backing vocals add depth, but also serve as a reminder of how self-sufficient the band is, able to whip up fast, enticing songs without heavy instrumentation or noticeable star cameos.

Review: Caitlin Rose, Own Side Now