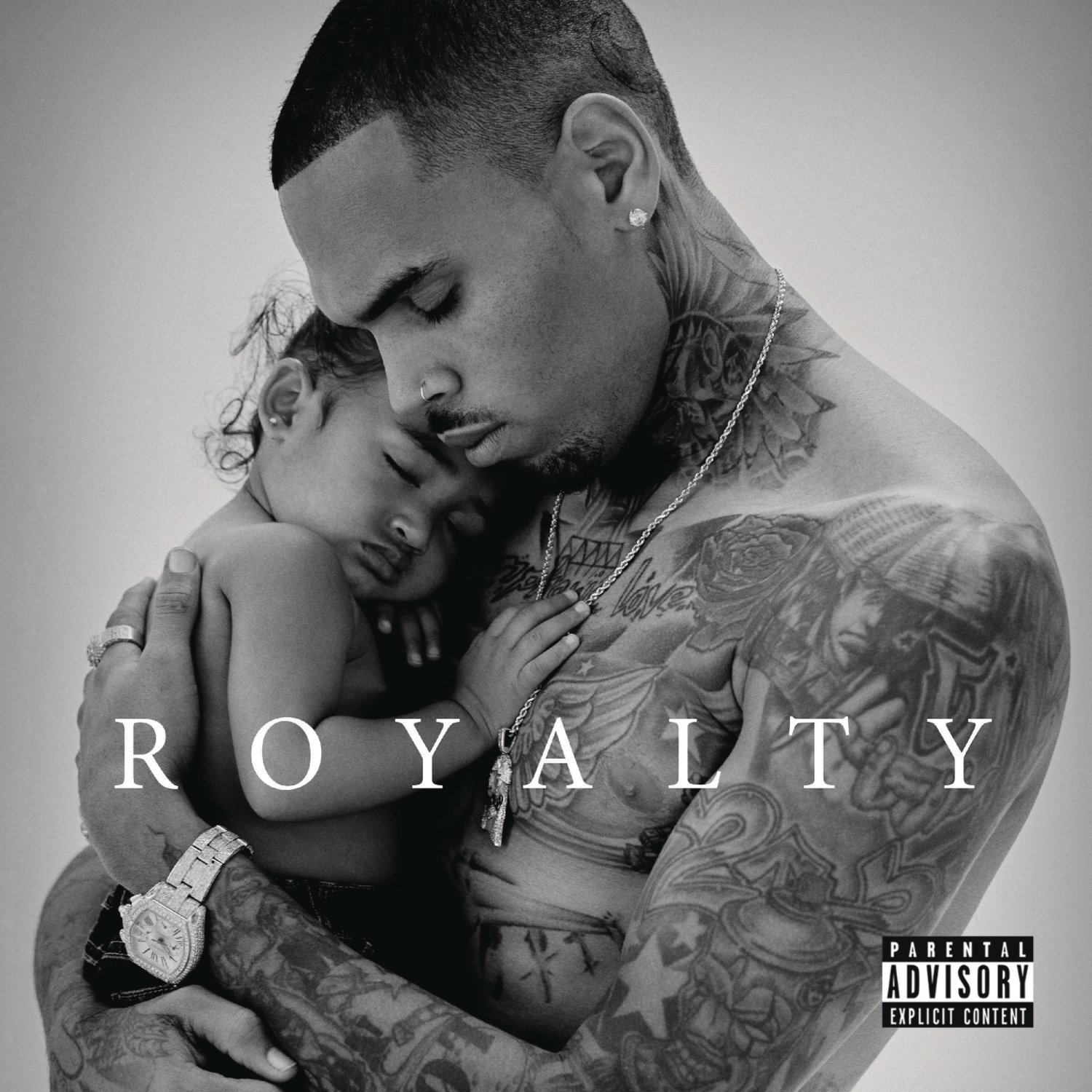 Woe to Chris Brown, the once-promising R&B upstart who now skulks listlessly around the fringes of the pop landscape, waiting for the redemption that seems less likely with each successive album. With Royalty, another marginal, uninspired effort whose release is wedged into the most remote, frosty corner of 2015, he seems less viable and more poorly managed than ever. The album’s title, with its nod to both a newborn daughter and his presumed status in the Top 40 firmament, thus ends up less of a double entendre than a sad gesture toward significance from an increasingly isolated artist. If anything, Brown remains a pretender to the throne, operating in an imitative thrall to more original artists, his assertions of his own brilliance sounding increasingly less and less convincing.

Brown continues to bear a hearty chip on his shoulder while offering little in the way of compelling material, attempting to ape the one-of-a-kind flamboyance and magisterial weirdness of R. Kelly. Beyond the general imprudence of a troubled, problem-prone young star trying to take up the mantle of one who’s gotten himself in even deeper hot water, the issue is that Brown bungles the entire enterprise. Take opener “Back to Sleep,” an otherwise sultry slow jam that centers around an astoundingly ill-advised “fuck you back to sleep” hook. Peak-career Kelly might have been capable of imbuing this gonzo tale of sneaky midnight intrusion with an air of kinky grandiloquence; in Brown’s far less adept hands, the song strikes a regrettable mix of creepy and ridiculous.

At a time when issues of consent and sexual abuse are more visible than ever, kicking off an album on such sketchy ground is a staggeringly wrongheaded move. Royalty does little to counteract the bad taste left by its opener, offering up songs that, if inoffensive, tend to be blandly forgettable. Brown is still an inherently persuasive presence, good at jibing with guests (though there are only two here, neither much of note) and putting on a convincing lothario impression under the right circumstances. His voice is still strong and possesses the range to carry off a variety of styles, but these skills aren’t enough to elevate material this weak, and the derivative nature of the songs leaves him feeling like little more than a mid-level opportunist, a potential top-tier star who’s now chasing trends rather than defining them.

Examples include the catchy “Picture Me Rollin’,” whose blissed-out G-funk fetishism falls too closely in line with the 2015 mini-revival of vintage West Coast vibes. “Zero” similarly has a pretty good neo-disco aesthetic, with warm synth washes and some genial Vocoder noodling, things that might sound novel were they not clearly ripped from Daft Punk’s Random Access Memories.

This unoriginal approach is made even less palatable by the album’s unattractive mixture of gloomy self-pity and sexually charged swagger, the shaky balance between these two extremes serving as another reminder that Brown’s problems are mostly structural; he’d likely be in a more favorable position right now with better handlers to shepherd his career. All this comes to a head in “No Filter,” on which the singer proudly declaims that his brash, painfully direct persona must just be too much for people to handle, as if he were dispensing deep truths instead of obnoxious public embarrassments.